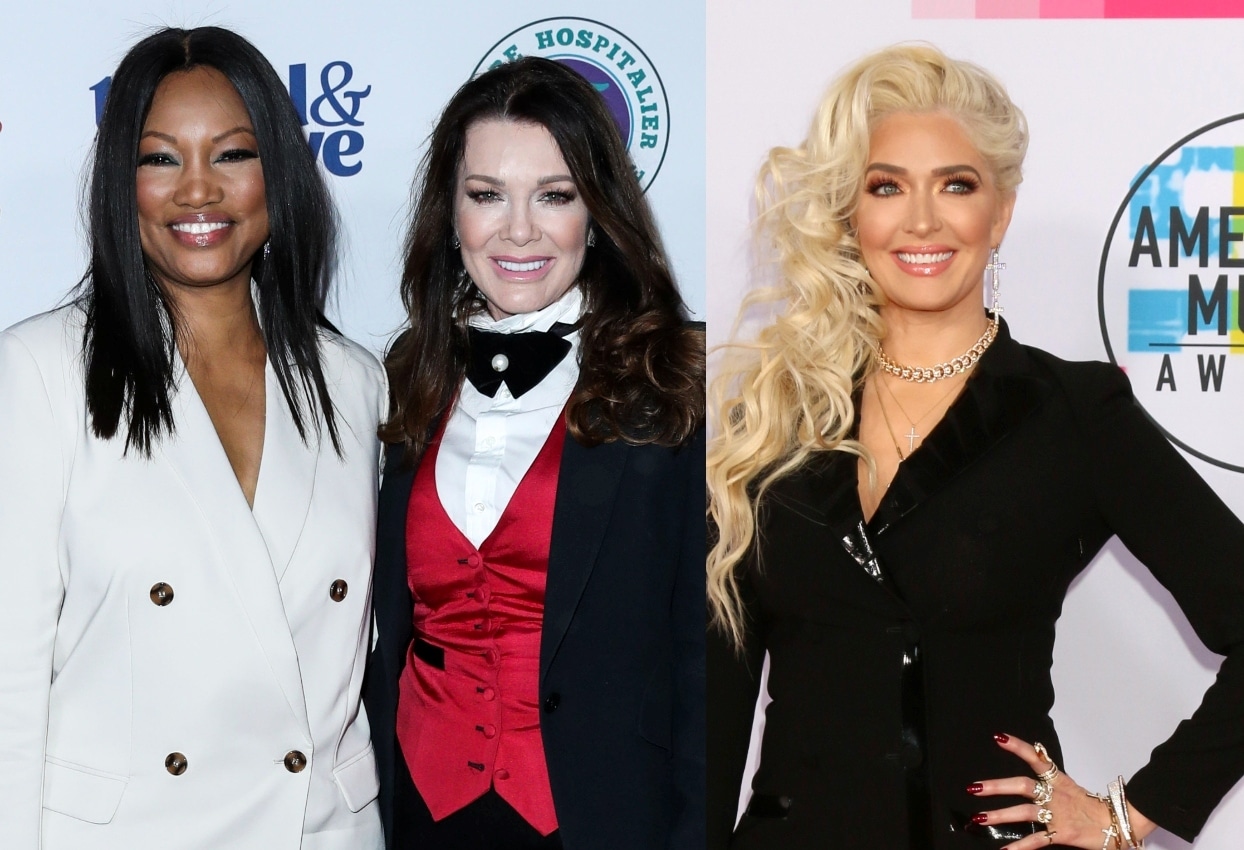 Lisa Vanderpump is sharing her thoughts on Erika Jayne throwing Garcelle Beauvais‘ book, Love Me As I Am, in the trash in retaliation for Garcelle using a controversial moment from the Real Housewives of Beverly Hills season 12 trailer to promote the publication.

Before reacting to Katie Maloney and Tom Schwartz‘s recent split and addressing the possibility of an OG return on Vanderpump Rules season 10, Lisa weighed in on her former castmate’s behavior by targeting her intelligence.

“I thought that was kind of pretty mean, honestly,” Lisa admitted to E! News at the grand opening of her newest Las Vegas hotspot, Vanderpump à Paris. “[But] maybe Erika didn’t understand it. Maybe Garcelle should have sent her a scratch and sniff book or something.”

Earlier this month, after Garcelle encouraged her fans and followers to purchase her book with a clip from RHOBH in which she told Erika, amid her ongoing legal drama, that she didn’t need any help making herself look bad, Erika posted a clip of Love Me As I Am in a garbage bin, which understandably sparked a major feud between them.

But while Erika was uninterested in reading the memoir, Lisa is a fan.

“I actually sent somebody to get it out of the trash. I read it, and it was really damn good,” Lisa stated of her longtime friend, who was also in attendance at her restaurant opening and told E! News they met “on neutral grounds,” before Lisa began starring on RHOBH.

“And now she’s employed my son [Oliver Saunders], and I love that. I also think she’s a great businesswoman. And for me, I can relate to that,” Garcelle noted.

During another interview at the event, Lisa said Katie and Tom’s breakup was “a very complicated situation.”

“I officiated that wedding,” Lisa recalled to Entertainment Tonight of the 2016 ceremony. “I wrote those vows. They just had one job, to stick to them, right?”

Jokes aside, Lisa said she loves the former couple and hopes fans will soon see what went down between them.

“Hopefully, we’ll get deeper into that as time goes on, and we’ll see what transpires,” she teased of the yet-to-be-confirmed 10th season of Pump Rules.

“There’s a story. There’s always a lot of commenting going on, as we’ve seen,” Lisa continued. “I’m not allowed to say exactly, but remember, I always know more than you do. I’m not ready to give up my throne yet… [And] I think this show is always evolving. There is just so much content, because these relationships are so authentic. There are always a lot of stories to tell. I can’t say whether it’s coming back yet because I don’t know… You have to wait and see.”

Although Lisa couldn’t confirm the future of the series, she did say she is not opposed to the returns of past cast members, who include Stassi Schroeder, Kristen Doute, Jax Taylor, and Brittany Cartwright, the first two of which were fired in June 2020 due to allegations of racism, and the third of whom was rumored to have been let go months prior due to his own questionable behavior.

“I was very open about hating the whole cancel culture kind of sentiment, because they’re young and they are silly, and they make mistakes,” Lisa explained. “I think on the show we see a lot of that. It was the sign of the times. I understand why Bravo had to do that, to make a stand, but I always believe in people learning from [their mistakes,] getting second chances, and growing.”