The Vanderpump Rules cast was in attendance when Real Housewives of Beverly Hills alum Lisa Vanderpump hosted the grand opening of her latest restaurant in Las Vegas, the Vanderpump Paris.

In a series of photos shared on social media, the likes of Scheana Shay, Brock Davies, Katie Maloney, Tom Schwartz, Ariana Madix, Tom Sandoval, Lala Kent, and James Kennedy were seen enjoying the stunning sights and the over-the-top drinks and food of the venue.

“The ladies look dazzling,” read the caption of a post from Paris Vegas and reshared by Scheana, which featured Scheana, Ariana, Lala, and Katie on the red carpet. 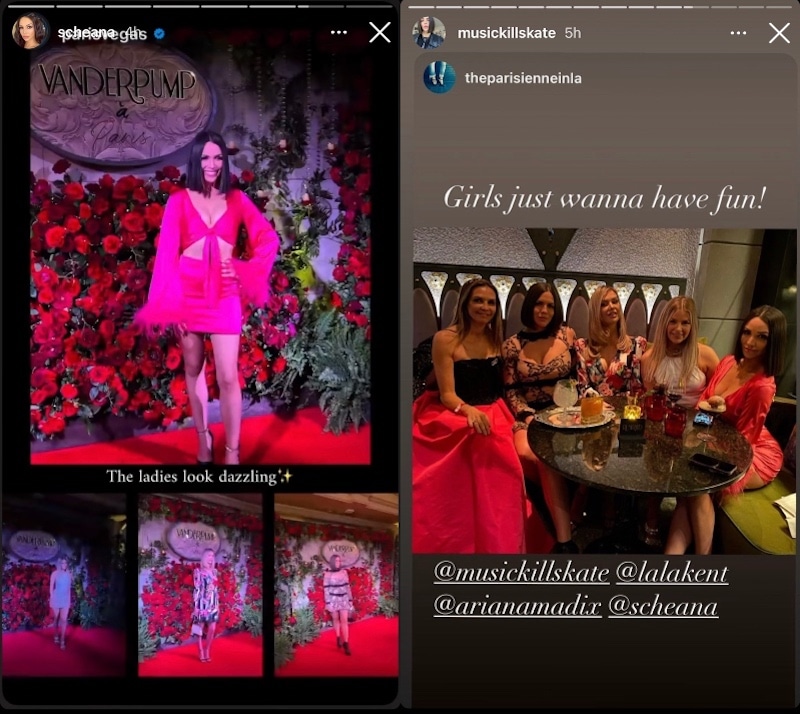 In a video shared by Sandoval on his Instagram Story, he and Schwartz were seen taking shots out of adorable, heart-shaped glasses. 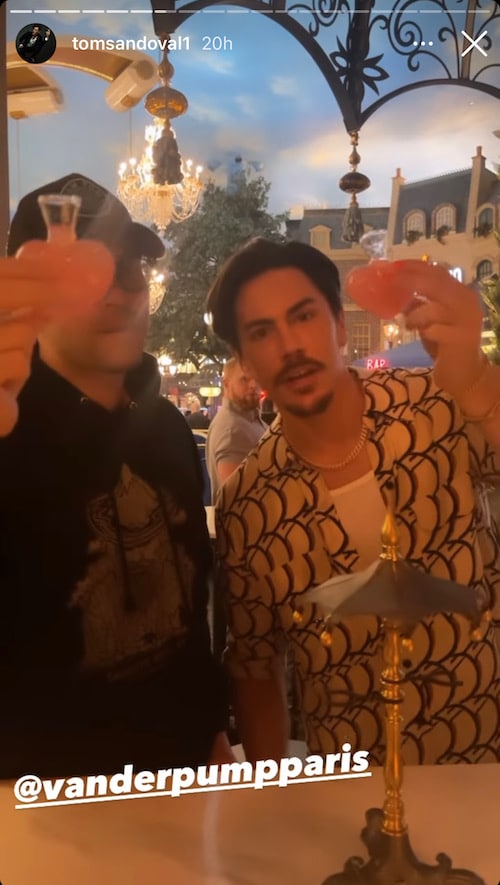 Other posts featured the girls eating and drinking. 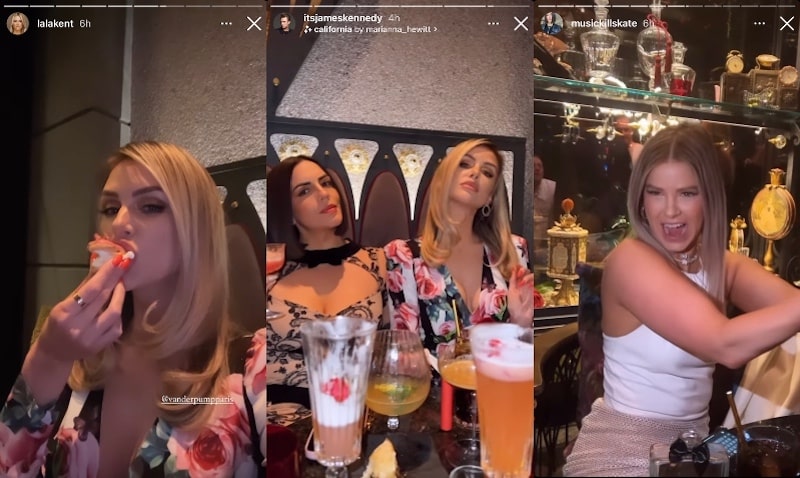 Vegas Revealed co-host Dayna Roselli shared the following series of videos, including a clip of Lisa, on her Instagram page.

Joining Scheana and fiancé Brock at the Vanderpump Paris grand opening were several members of his family.

“Davies family,” he captioned a clip of himself with three women at the event. 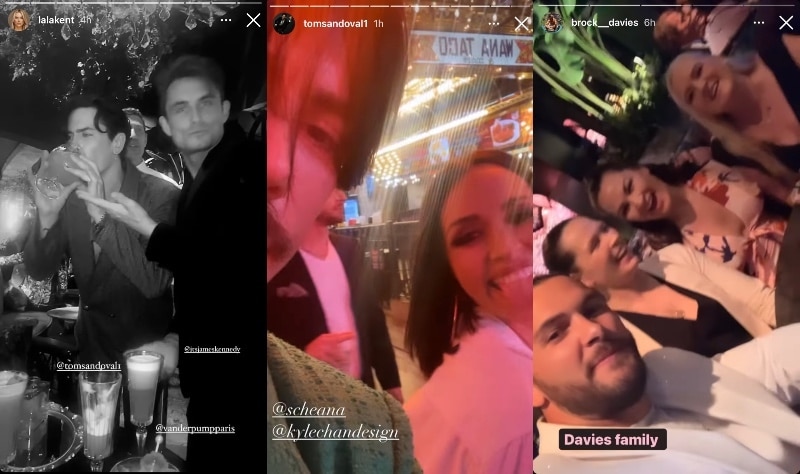 On his own page, James shared a photo of himself, his girlfriend, Ally Lewber, and two friends, who were standing alongside the red carpet at the bash.

In addition to the Pump Rules cast being in attendance at the event, so was Garcelle Beauvais, whose son, Oliver Saunders, works at the venue.

Amid the opening, Garcelle took to her Twitter page, where she shared a photo of herself with Lisa and others, including Lance Bass, his husband, Michael Turchin, and actress Kym Whitley.

“One night in Paris,” Garcelle captioned her pic.

While there has been no word yet on a 10th season of Vanderpump Rules, a 12th season of The Real Housewives of Beverly Hills is set to debut on Bravo on Wednesday, May 11, at 8/7c.