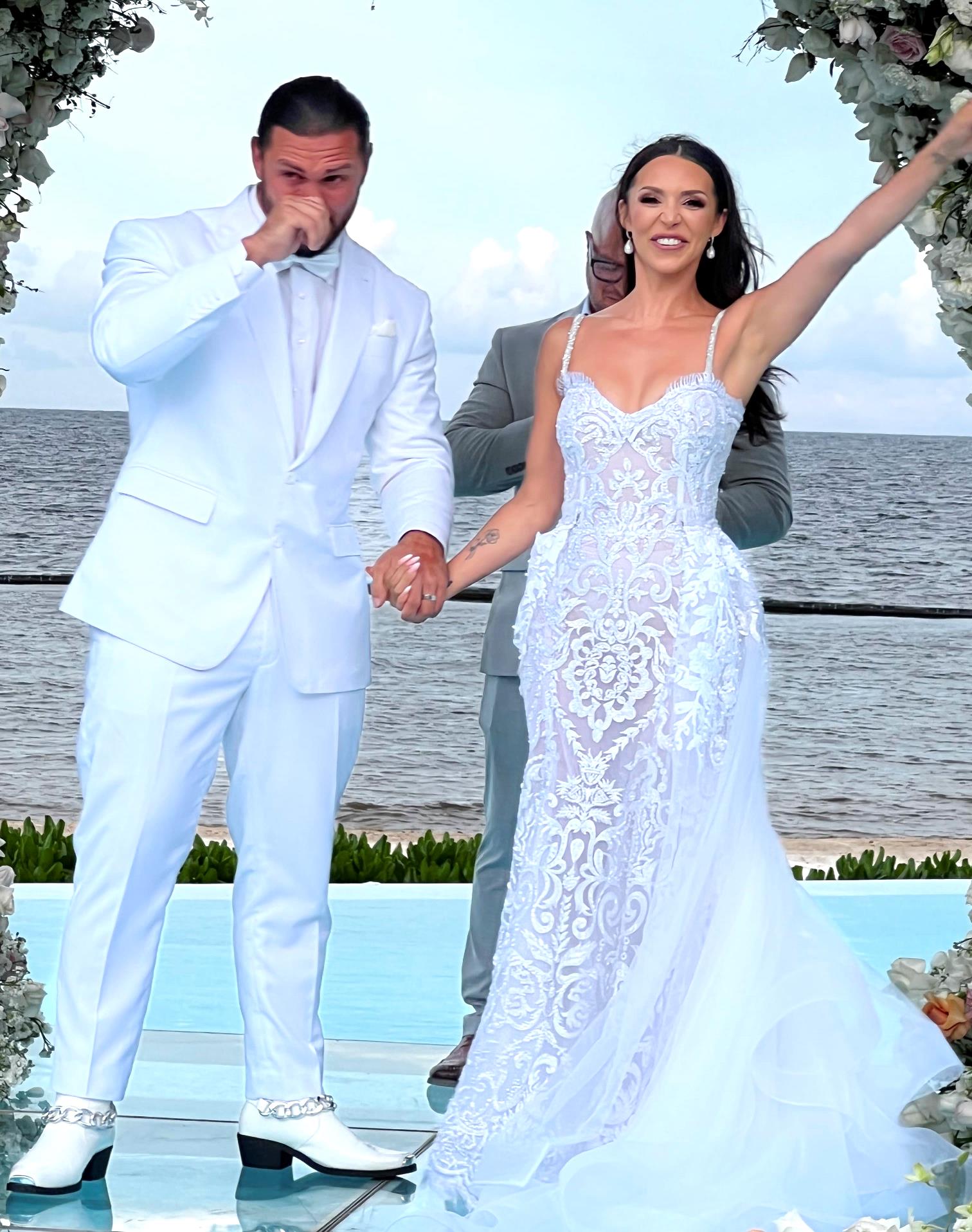 Scheana Shay and Brock Davies are officially man and wife.

On Tuesday, while surrounded by their family, friends, and Vanderpump Rules co-stars at the Dreams Natura Resort and Spa in Cancun, Mexico, Scheana and Brock said, “I do,” just over one year after getting engaged and welcoming their first child, daughter Summer Moon Honey Davies, who was the perfect flower girl. 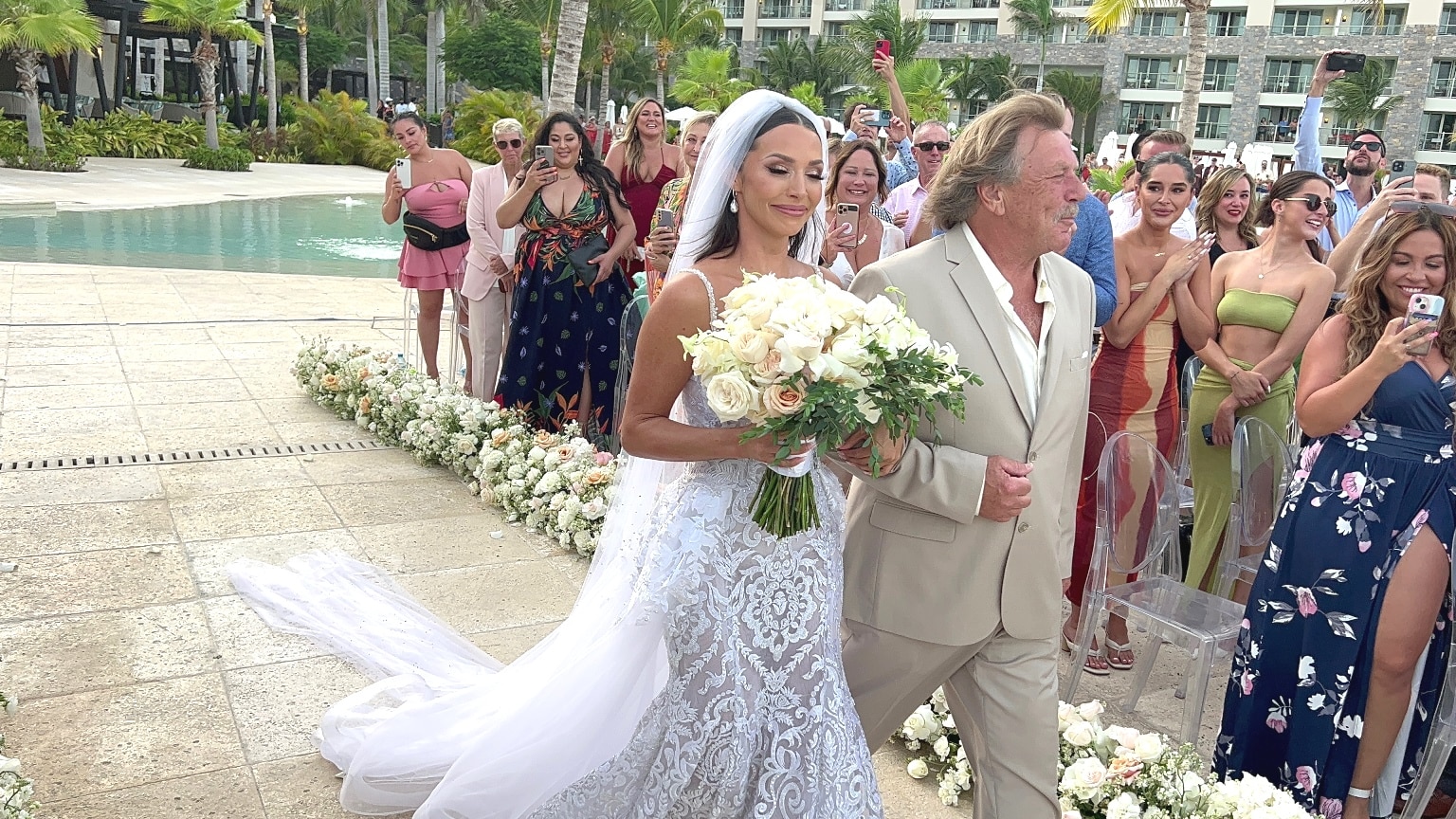 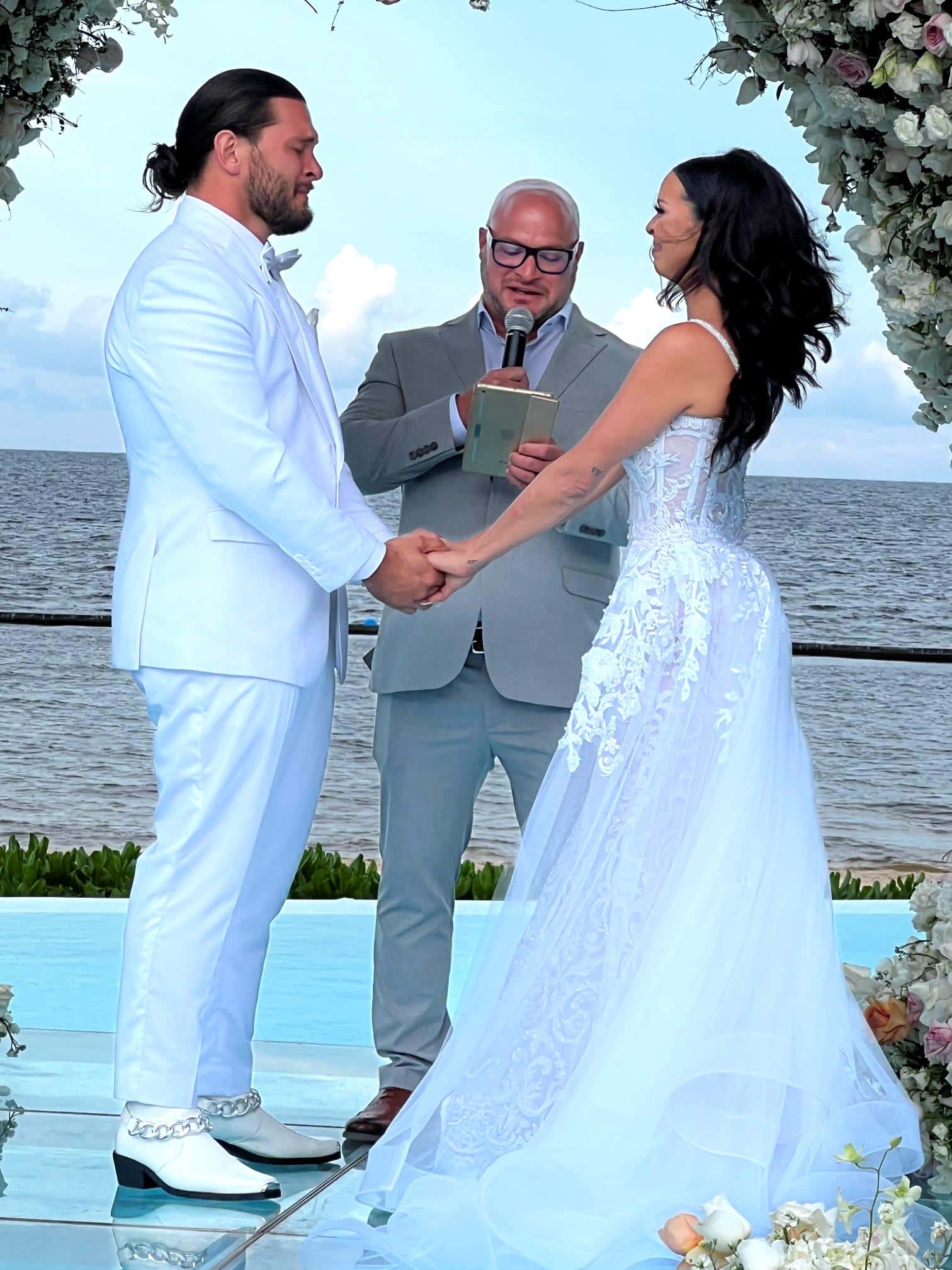 “I just wanted us to have a good time with every person who is important to us,” Scheana told PEOPLE of the August 23 event, saying she and Brock were happy to “be able to get that time for a few days with all of our friends and family to celebrate us.” 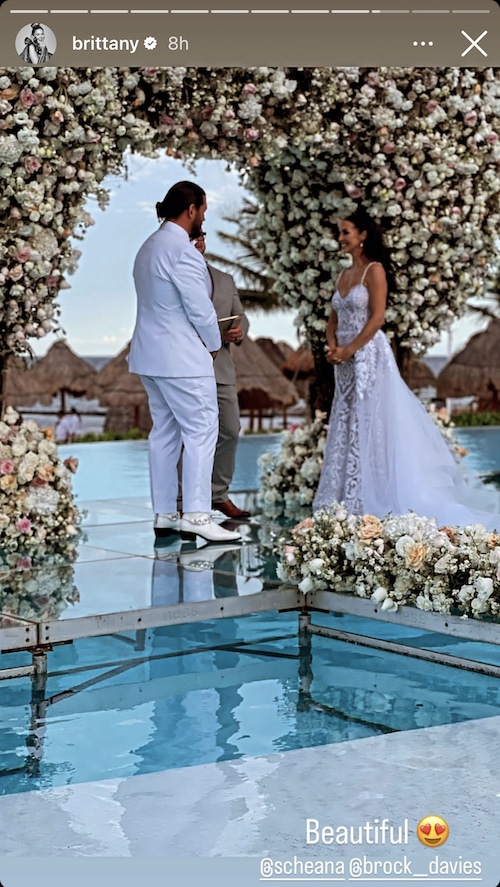 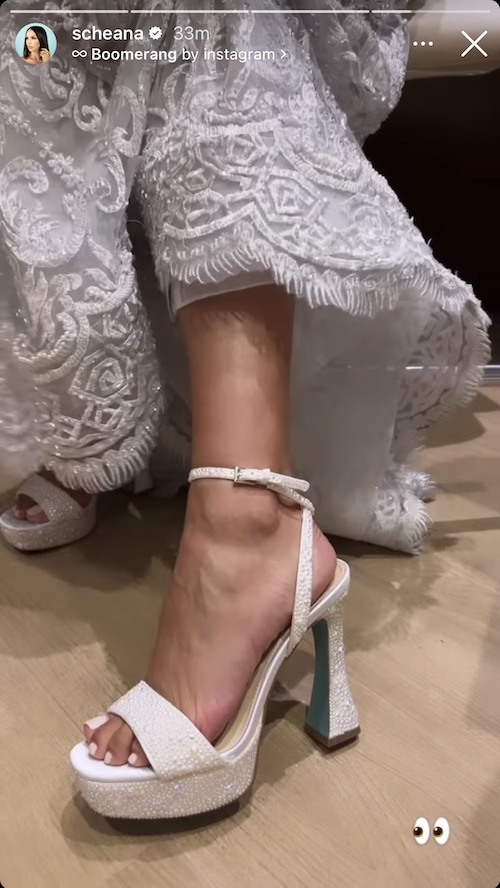 “They’re a big part of our life,” Brock said of the group. 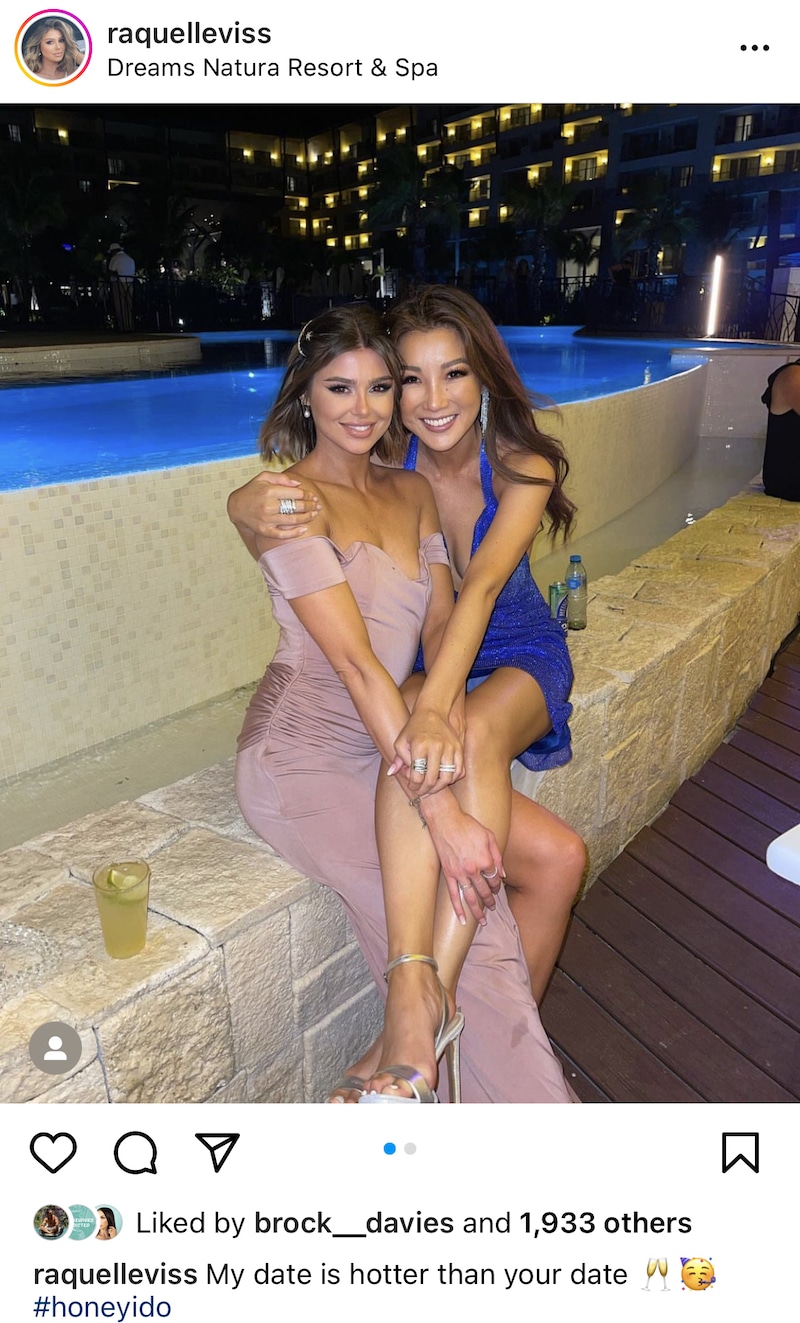 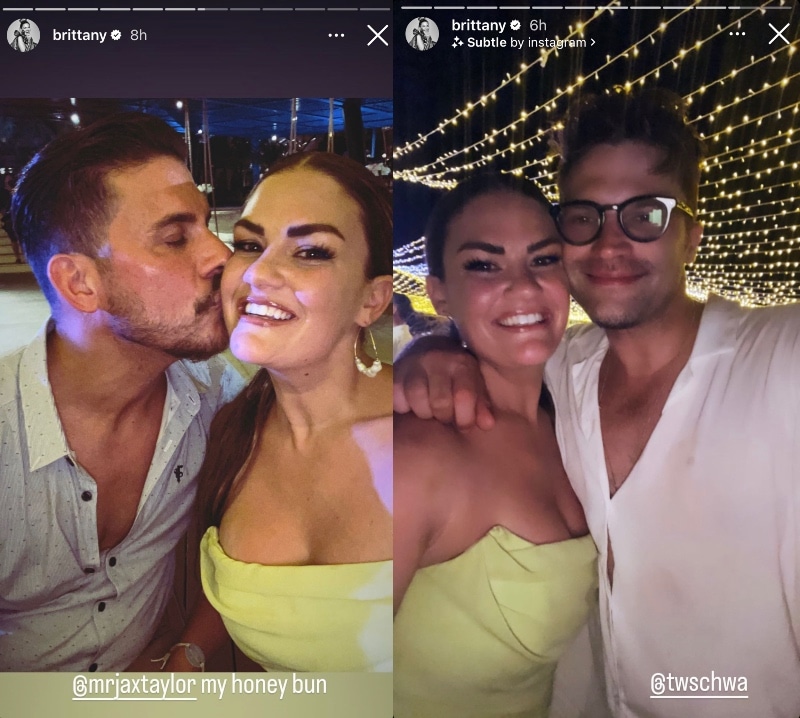 Going into planning, Scheana wanted something “simple” and “stress free” with “neutral tones,” and she scouted four locations before choosing the “family-friendly” Dreams Natura Resort and Spa, which featured a “glass platform over the pool, a lazy river, [and] a little waterpark.” 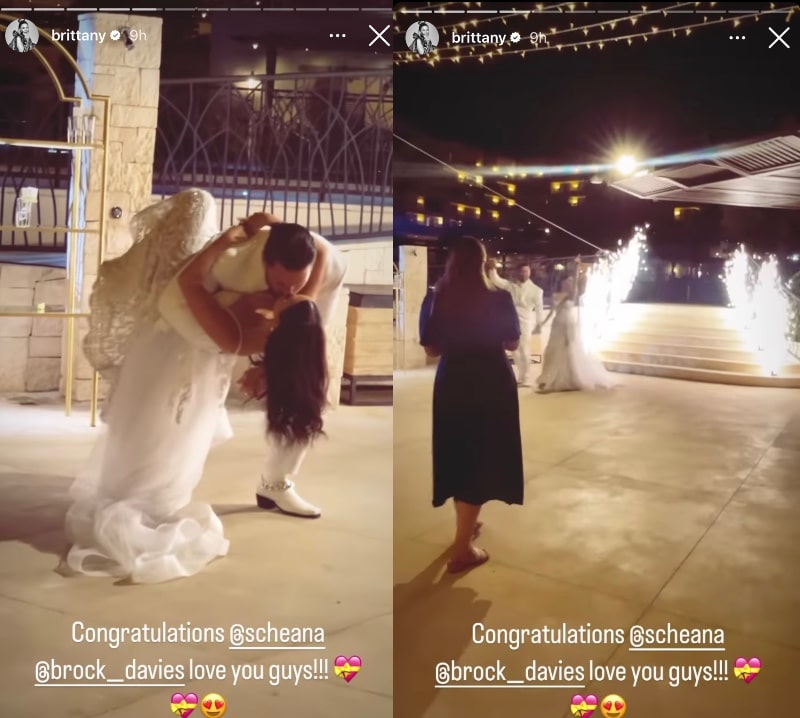 Meanwhile, it appears Scheana’s former boss Lisa Vanderpump wasn’t in attendance, but the reason is currently unknown. Brock’s relatives from Australia, including sisters Nicole and Eleana, were also present when they walked down the aisle.

“I just wanted as much of Brock’s family and friends to be able to be here because, although this is the second marriage for us both, this is his first wedding,” Scheana explained. “For me it was just really important to make this as special as possible for him and his family… The fact that that many people came on vacation with us is so cool. Brock deserves this. We deserve this.” 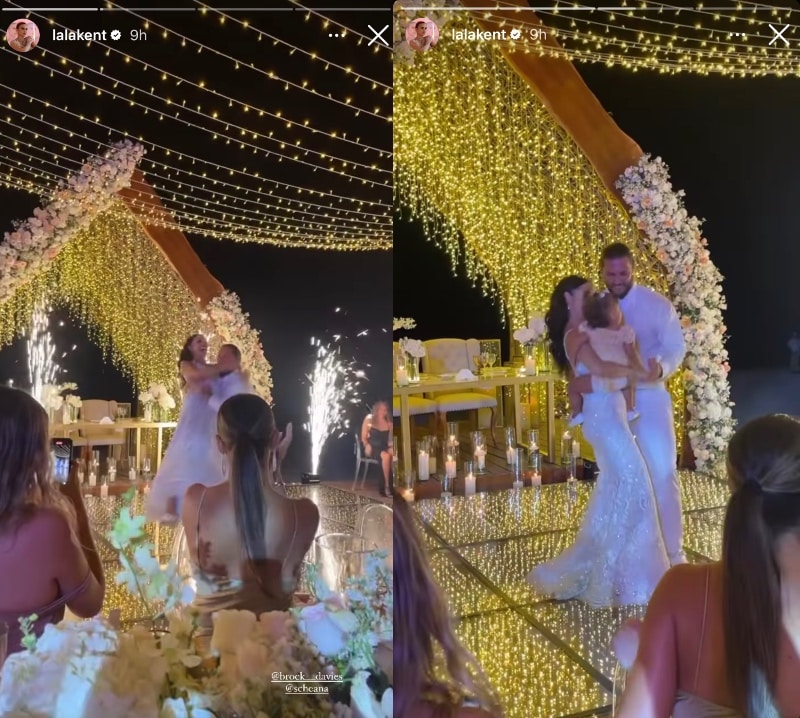 Scheana’s dress was made by Pol’ Atteu of Amazon Prime’s Gown and Out in Beverly Hills and had a detachable overskirt, which was removed ahead of their reception. Brock wore an all-white suit by Art Lewin.

After Scheana walked down the aisle to James Kennedy‘s remix of Israel Kamakawiwo’ole‘s “Somewhere Over the Rainbow,” the group enjoyed a cocktail hour on the roof before heading to the reception, where guests were served “surf-and-turf” steak and salmon. 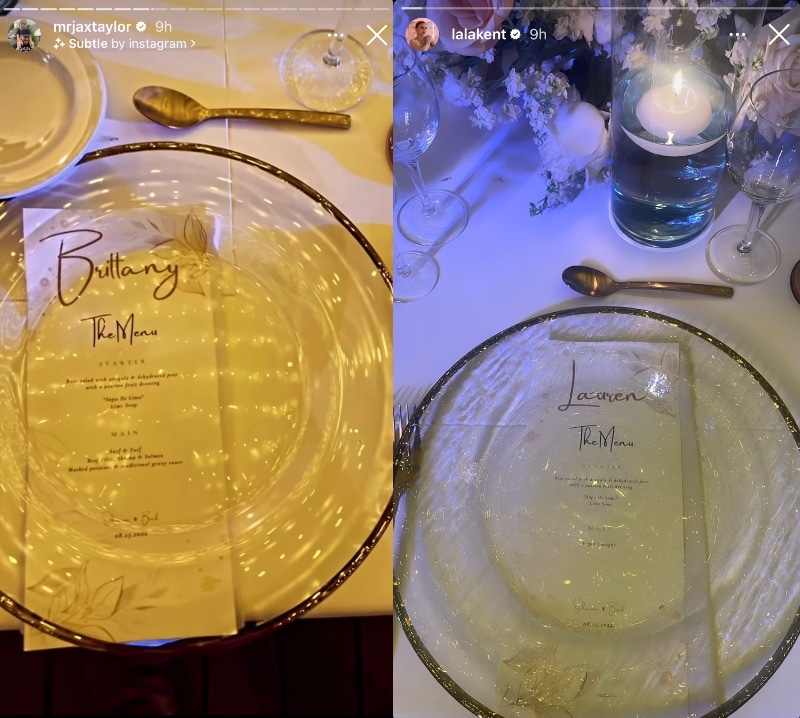 As for the cake, the couple didn’t put in too much effort.

“It’s more for looks than for eating because no one eats the cake,” Brock said of their carrot cake as Scheana explained it was “just for cutting.”

And the night didn’t end there. Scheana and Brock went on to celebrate their nuptials with an after party at an on-site cenote, where tacos were served and James spun tunes. 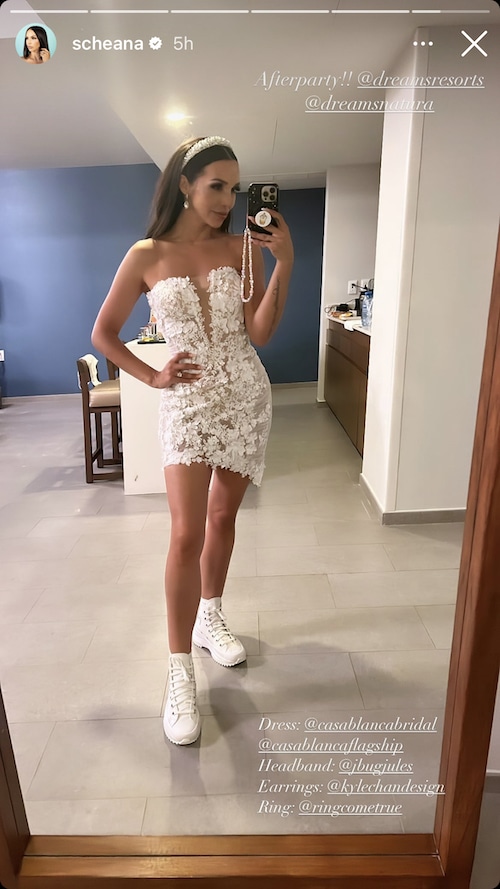 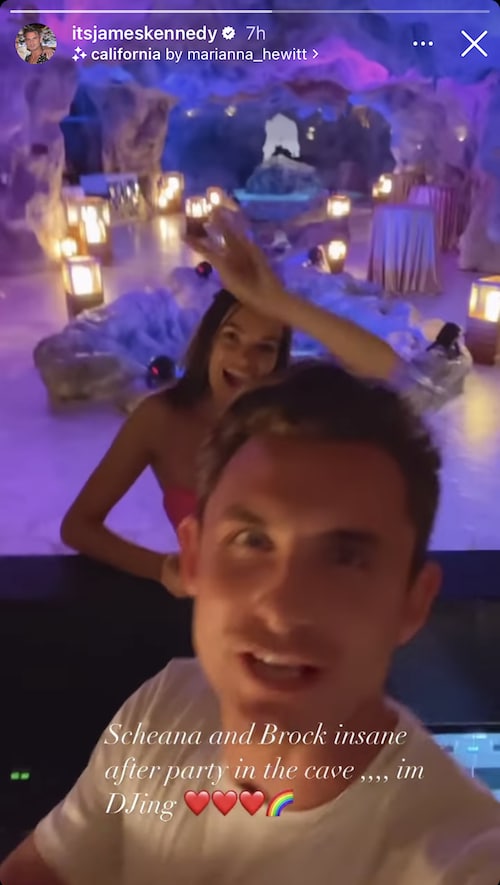 Amid their visit to Mexico, Brock surprised Scheana with a honeymoon at a location he described as having “crystal blue waters.”

Vanderpump Rules season 10 is in the midst of production and expected to air on Bravo sometime later this year or early next year.