PHOTOS: Jax Taylor and Brittany Arrive in Mexico for Scheana’s Wedding as Kristen Shares Pics, Plus Which Pump Rules Members Are in Bridal Party 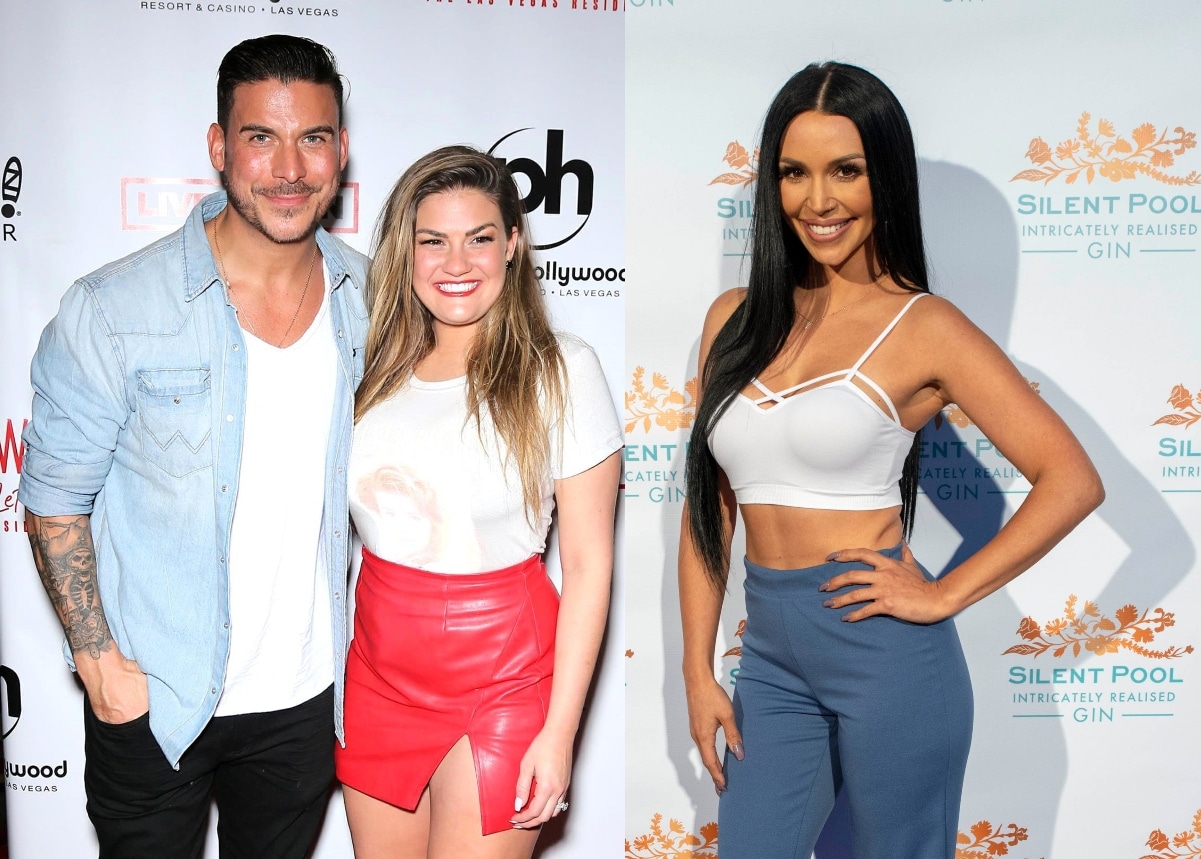 Nearly two years after leaving Vanderpump Rules amid rumors of a potential firing, Jax chronicled his journey out of Los Angeles with Brittany and their one-year-old son, Cruz Michael Cauchi, on Instagram as Kristen, who was fired amid allegations of racism in June 2020, did the same on her page.

After first confirming he and Brittany were on a flight with Cruz and her mom, Sherri Cartwright, on August 21, Jax gave his fans and followers a look inside his hotel room, which featured a framed photo of his family and a special message to Brittany from the staff. 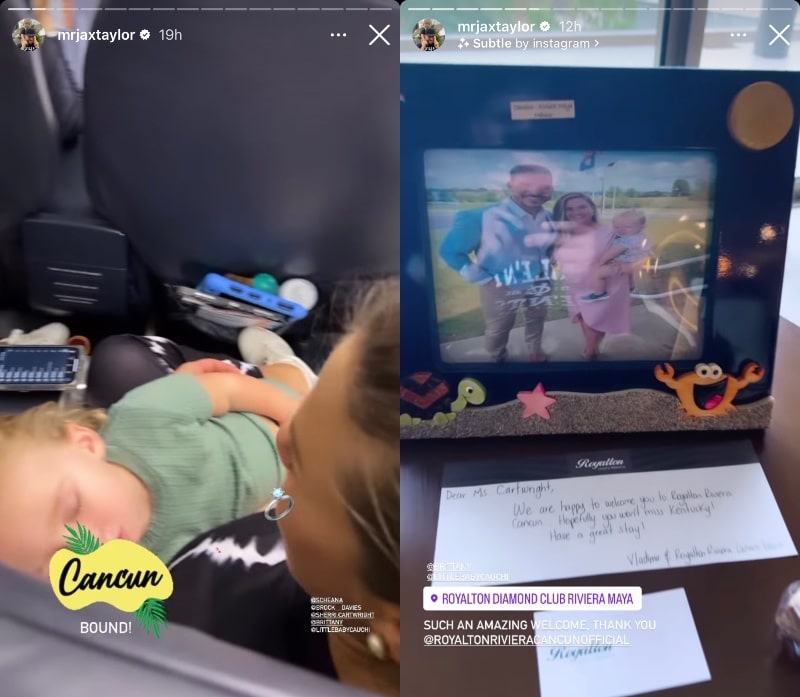 Meanwhile, on Kristen’s page, she posted a photo of herself and friends enjoying drinks at the airport before sharing another image of herself on the plane. 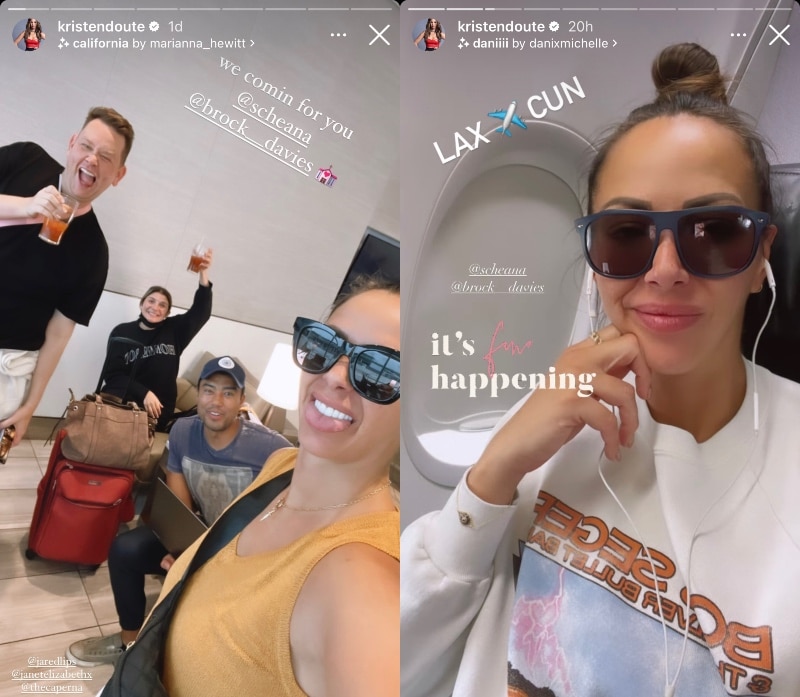 Later, on Sunday night, Jax and Brittany teamed up with Kristen and others for a special dinner date at their hotel’s restaurant.

“Made it to Mexico for Scheana [and] Brock’s nuptials!!” Jared Lipscomb wrote in the caption of a group pic. 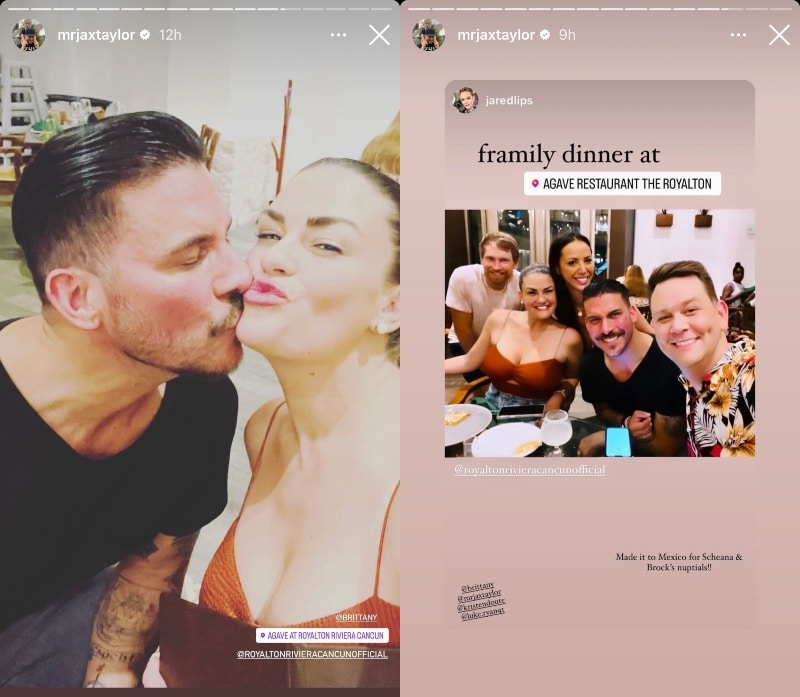 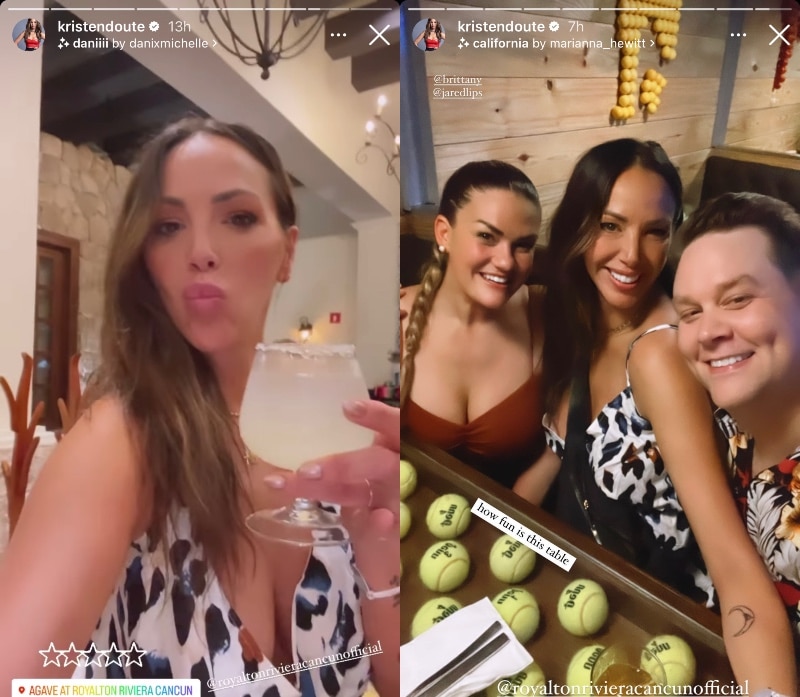 In addition to a number of Pump Rules cast members being in attendance at Scheana’s upcoming wedding, including Lala Kent and James Kennedy, several others will be featured as bridesmaids and groomsmen, including Raquel Leviss, Ariana Madix, Tom Schwartz, and Tom Sandoval.

“There are no former bridesmaids, cast member bridesmaids,” Scheana confirmed on the August 19 episode of Scheananigans, via E! News.

“However, there will be some in attendance,” she continued, also revealing former castmate Max Boyens will attend.

As for other potential attendees, Scheana said her exes, Robert Parks-Valletta and Mike Shay, did not secure invites.

“[Mike] is not coming, no,” Scheana revealed. “I think when we got engaged, I feel like Shay congratulated me, and definitely when I had the baby. But I haven’t talked to him recently about the wedding.”

Scheana and Brock, of course, traveled to Mexico with their 16-month-old daughter, Summer Moon Honey Davies, but when it comes to Brock’s two older kids, they won’t be making appearances.

“They just spent two weeks in a camper van up in North Queensland with their parents, and it’s just too soon right now for us to kind of push our life onto them,” Brock explained. “I’m looking forward to just building, mending bridges with them.”

The wedding is expected to be featured on Vanderpump Rules season 10, which will likely begin airing on Bravo sometime early next year.