PHOTO: Jax Taylor Welcomes Son With Wife Brittany Cartwright, See the First Pic of Ex Vanderpump Rules Stars’ Baby Boy and Learn His Name as Jax Admits to Falling in Love With Brittany “All Over Again” 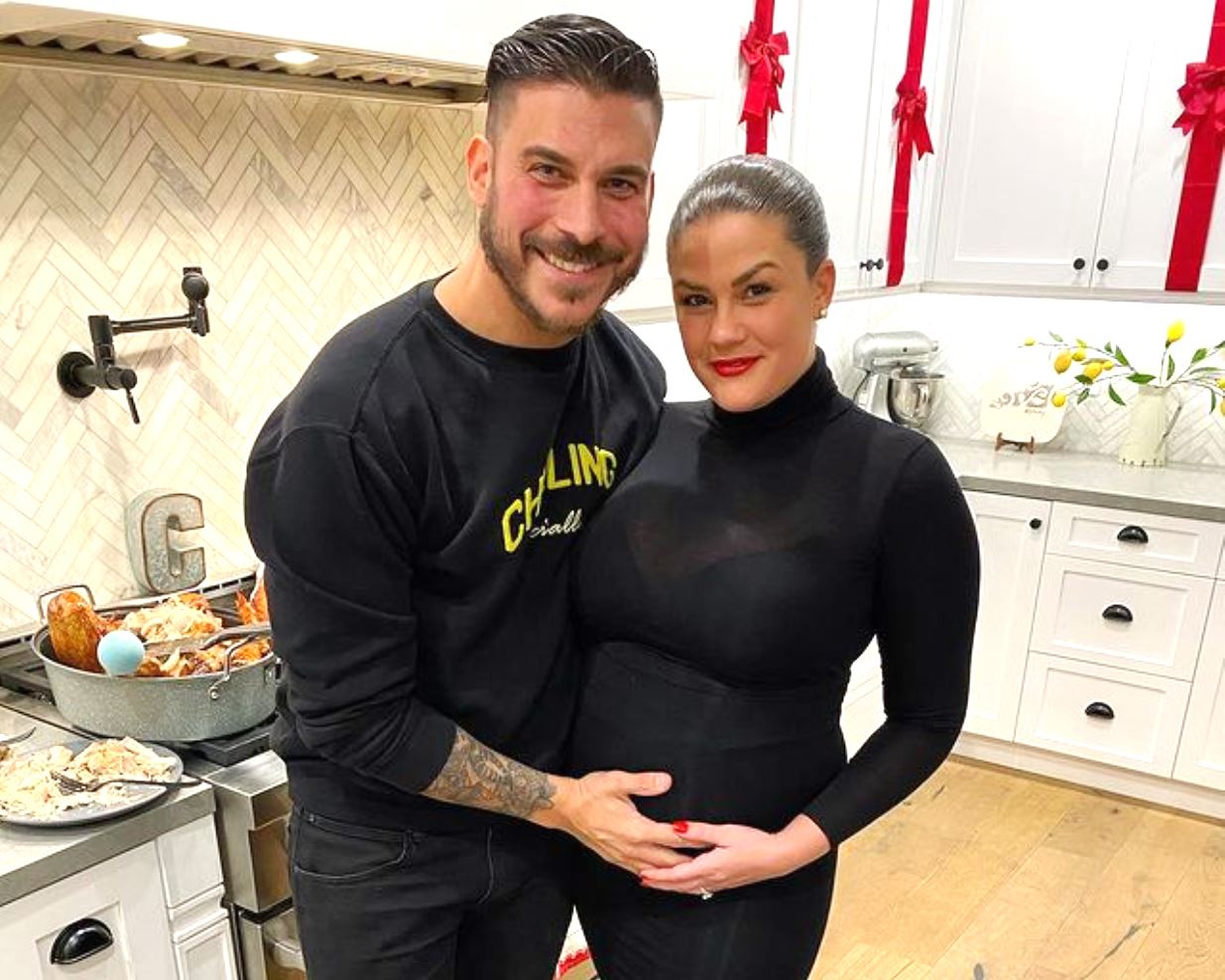 On April 12, just one day before her official due date, Brittany Cartwright gave birth to their first child, a son. The following day, the Vanderpump Rules couple, who confirmed their departures from the Bravo series last December, shared the first photo of their little boy on their Instagram pages.

“Yesterday April 12, at 1:51pm our lives changed forever, we welcomed Cruz Michael Cauchi into the world,” Jax, 41, announced. “I’ve never in my life thought it was going to be like this.. it’s 10000 times better.”

According to Jax, he immediately went into “dad mode“ upon his son’s arrival.

“I don’t think I have ever been as happy as I am right now, everything else in life seems so insignificant now. I am crying just writing this message. I have the most beautiful son a man could ask for, he’s an absolute blessing from God,” he continued.

Jax then applauded his wife, who endured months of morning sickness and body pains ahead of Cruz’s birth.

“I just want to say how absolutely amazing my wife has been through this whole process, it has not been an easy pregnancy for her but she did an absolute amazing job all the way till the end,” he gushed. “I have always been in [awe] of Brittany but I fell in love with her all over again. She is our [family’s] rock. We are so in love.”

Moments after Jax shared their happy news, Brittany posted a message of her own.

“We have never been more in love. He is the most precious gift and I am so blessed to be his Mommy,” Brittany wrote. “We are soooooo so happy, he is a dream come true!! Both Mommy & Baby are doing great!”

“Sooooo happy for you mama!!!” Scheana, who is expecting a daughter on April 24, wrote in a post directed at Brittany.

“Love you guys!!” said Kristen as Katie shared a series of heart emoji.

“Mr. Cruz Michael Cauchi!” Tom gushed. “So [freaking] happy for you both.” 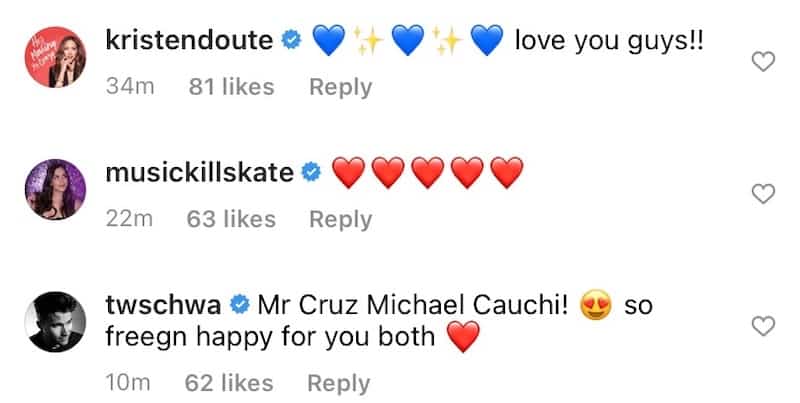 “Wooohooooo!!!!” added Beau. “I can’t wait to meet him! Also ordering Pee Pee tents for my place for Dads Night!”

While Jax and Brittany won’t be featured on any further episodes of Pump Rules, he’s been teasing a potential return to television for weeks.

Most recently, he said on Joe Buck and Oliver Hudson’s podcast, Daddy Issues, that he and Brittany were preparing to meet with an unnamed network.

“We’re lucky enough that people are reaching out to us. We have a little bit of a cushion and we have the option,” he shared.

The remaining members of the Vanderpump Rules cast are expected to begin filming on the upcoming ninth season in the coming weeks.