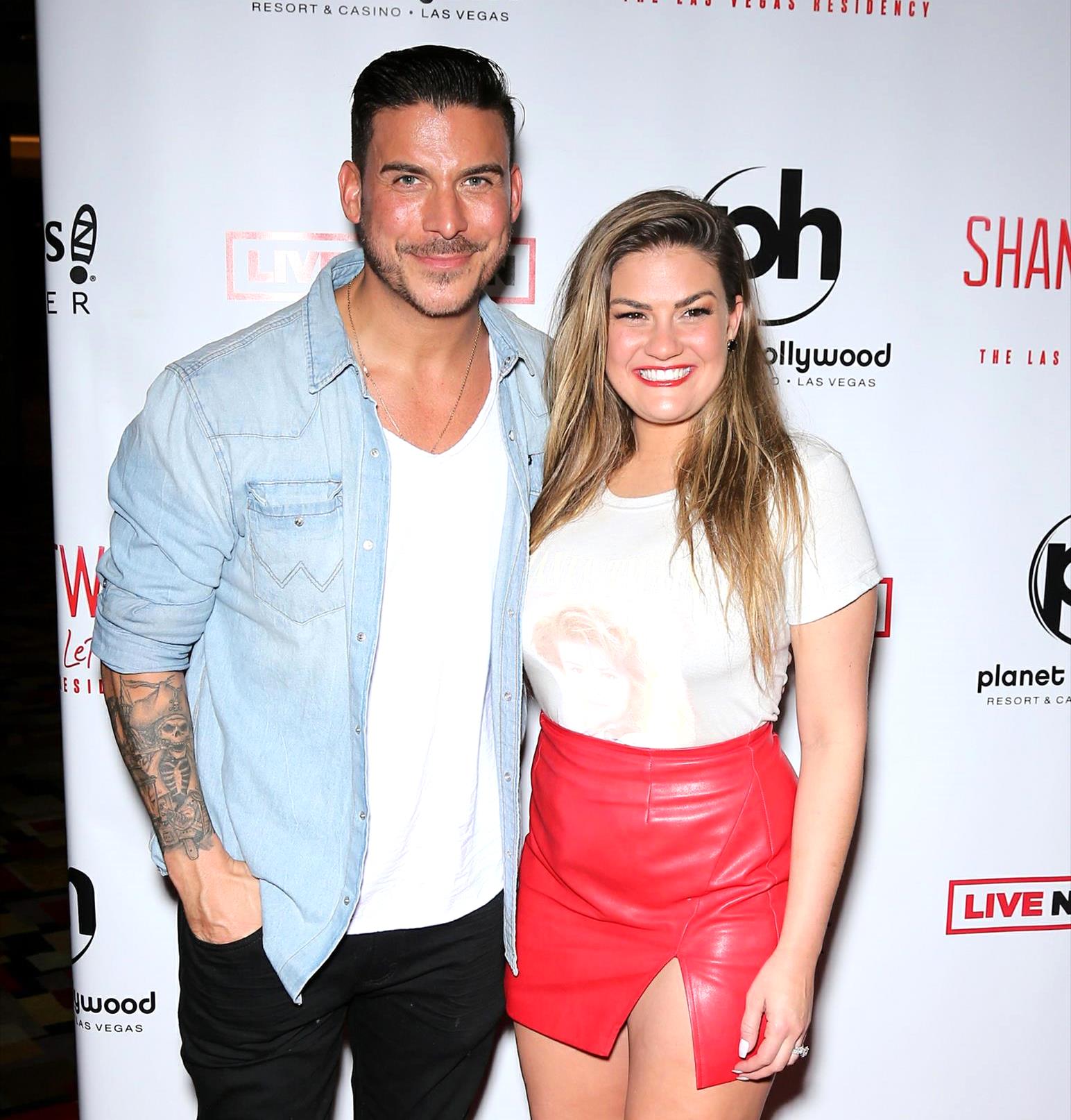 Jax Taylor and Brittany Cartwright will not be returning for a ninth season of Vanderpump Rules.

Months after the couple was accused of racial behavior against former co-star Faith Stowers and slammed for hiring and later firing a reportedly homophobic pastor for their wedding, Jax and Brittany have confirmed their exits from the series while also teasing fans of a potential spinoff.

“The last 8 years on Vanderpump Rules have been some of the most challenging, rewarding and fulfilling years of my life. Although this is difficult to share, Brittany and I will not be returning for another season of Vanderpump Rules,” Jax announced on Friday, December 4. “We are excited to take this time to focus on our growing family and share with you our new endeavors. [Bravo], [Evolution USA] and our Vanderpump castmates will always remain close to our hearts.”

“Thank you to all the fans who have shared our journey with us and supported us through everything. We love you. Stay tuned, We can’t wait for to share what we have planned. Have a great weekend,” he added.

On her own page, Brittany, who is expecting a baby boy in April, shared a similar message with her own fans and followers but noted that she was on the show for just five years.

Following Jax’s post, which included a statement about something he and Brittany have planned, he fueled rumors of a potential spinoff series as he responded to a number of fans.

“[Y’all] should start a new show with all the pregnant couples,” one person wrote, prompting Jax to reply with a blushing emoji.

“Okay soooo not Vanderpump Rules but how about a spinoff.. Vanderpump Babies?” another asked.

Although Jax didn’t give any official confirmation, he hinted that a spinoff was possible by sharing a winking emoji. 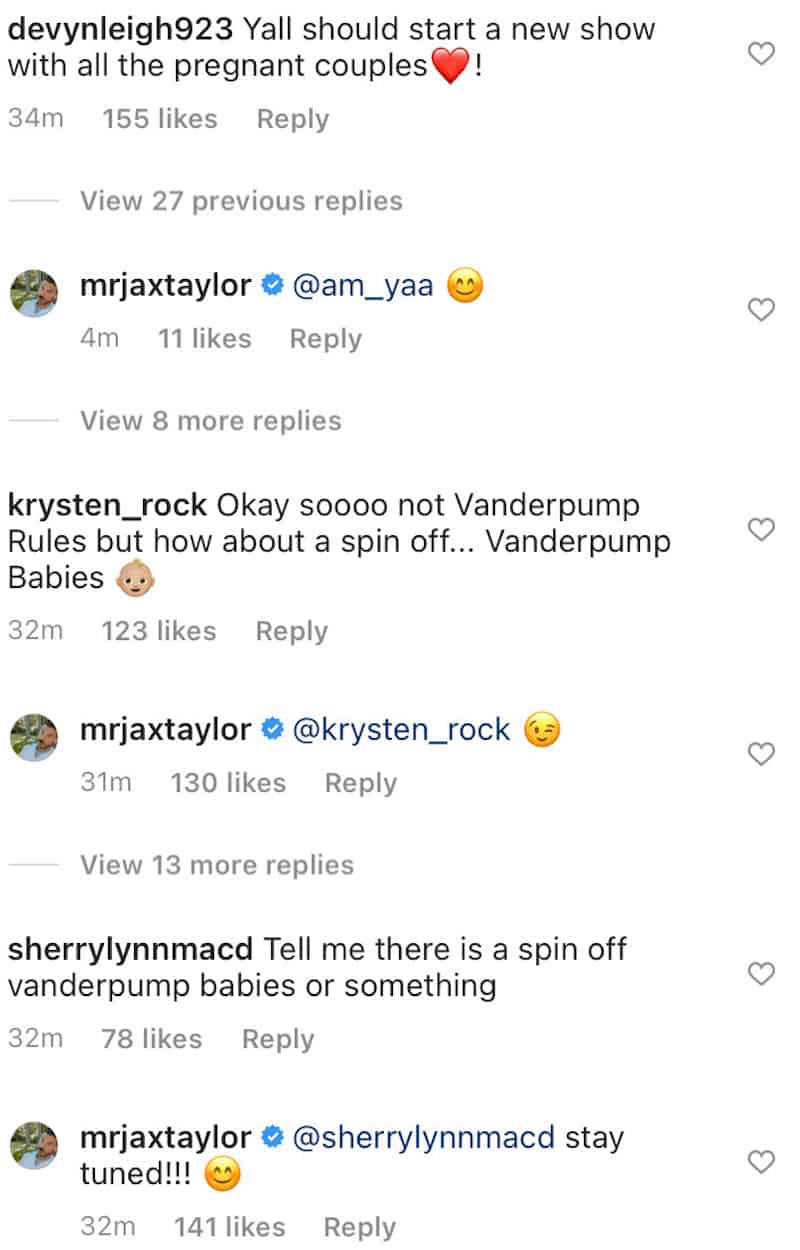 While Jax didn’t mention why he was leaving Pump Rules, a report shared by Variety on December 4 suggested that his exit was not his choice, saying that he “has been fired” and that Brittany “also will not return.”

Meanwhile, in a statement, Bravo confirmed, “Jax Taylor and Brittany Cartwright will not be returning to Vanderpump Rules.”

As fans may recall, former cast member Billie Lee called for Jax to be fired from the show earlier this year on Twitter and told her online audience that he refused to film with her because she’s transgender.

Jax’s rumored firing comes just months after Stassi Schroeder and Kristen Doute were fired from the series for racially-charged behavior towards and Faith, and Max Boyens and Brett Caprioni were also axed for sharing racially insensitive posts on social media.