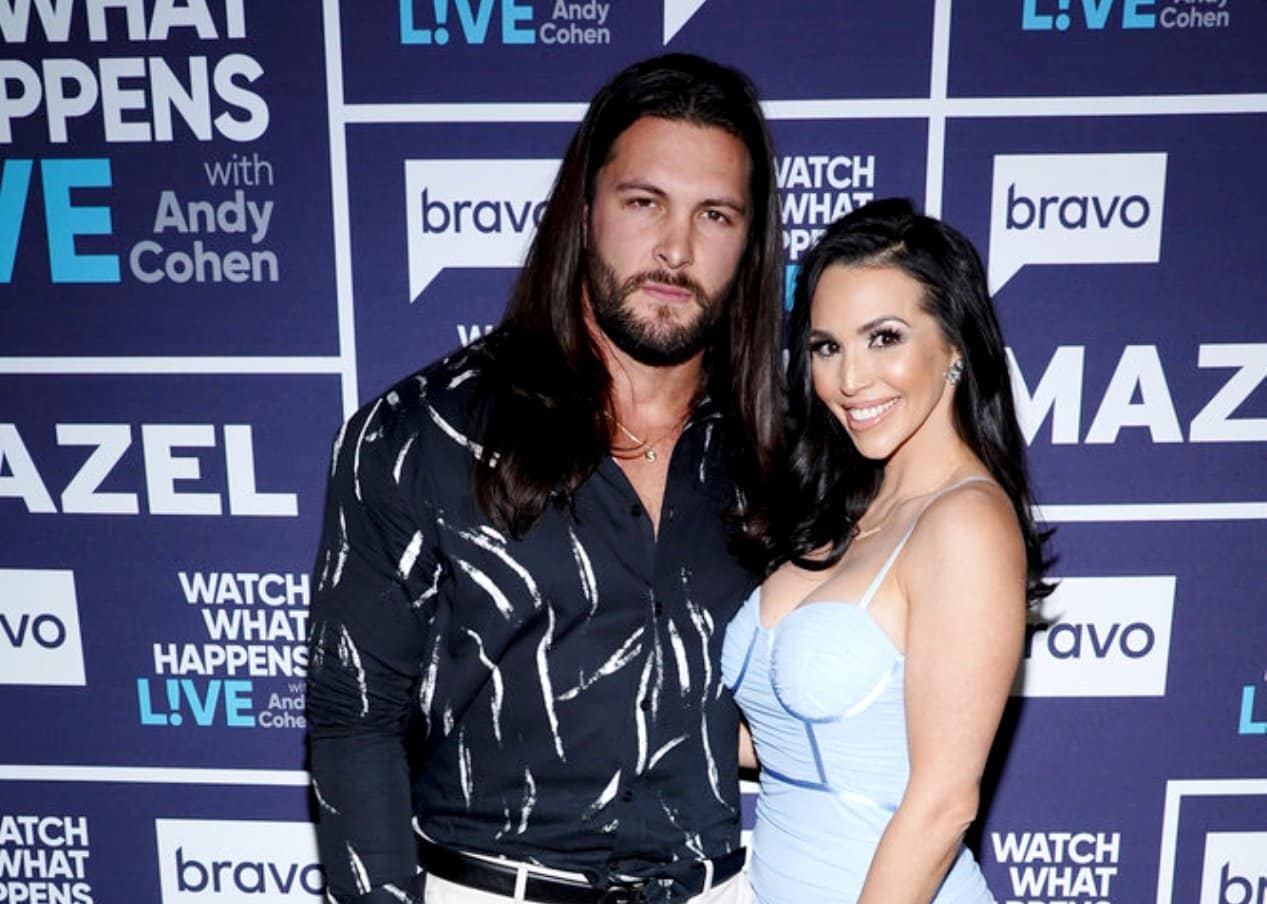 Scheana Shay was joined by her Vanderpump Rules castmates at Lisa Vanderpump‘s Beverly Hills mansion, Villa Rosa, for a pre-wedding party on Tuesday.

Ahead of her weekend wedding to Brock Davies in Mexico, Scheana celebrated her final moments as a single woman alongside Ariana Madix, Tom Sandoval, Tom Schwartz, Raquel Leviss, Lala Kent, James Kennedy, and others for a pink-themed bash and sit-down meal at the former Real Housewives of Beverly Hills star’s massive home.

In photos and videos shared on Instagram by Scheana and her friends and family, she was seen sporting a tight, long-sleeved pink dress as she cut into a pink cake topped with roses made of icing. 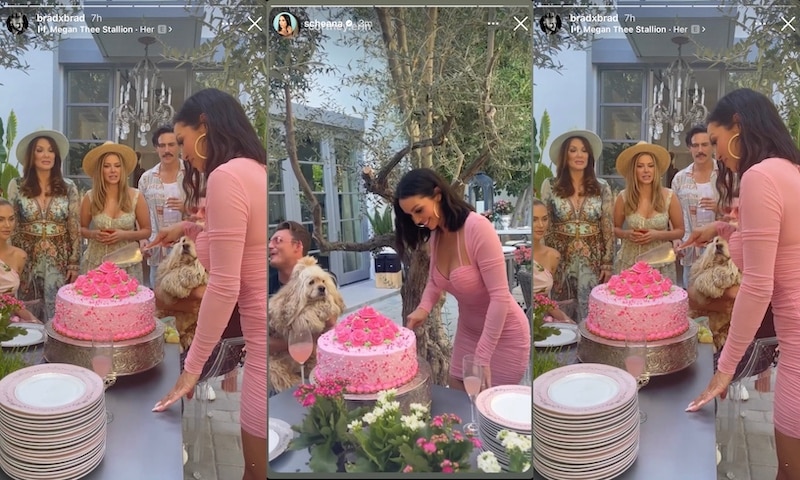 Even the inside of the cake was pink. 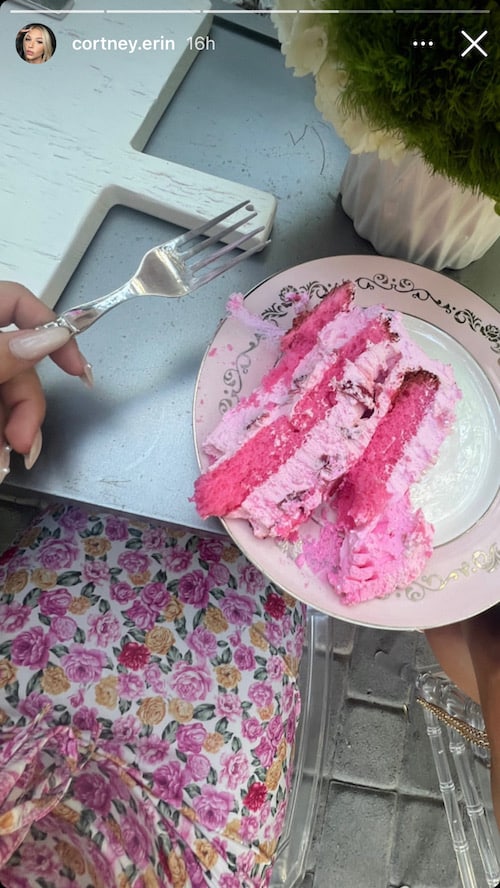 And Scheana and her guests sipped on pink cocktails. 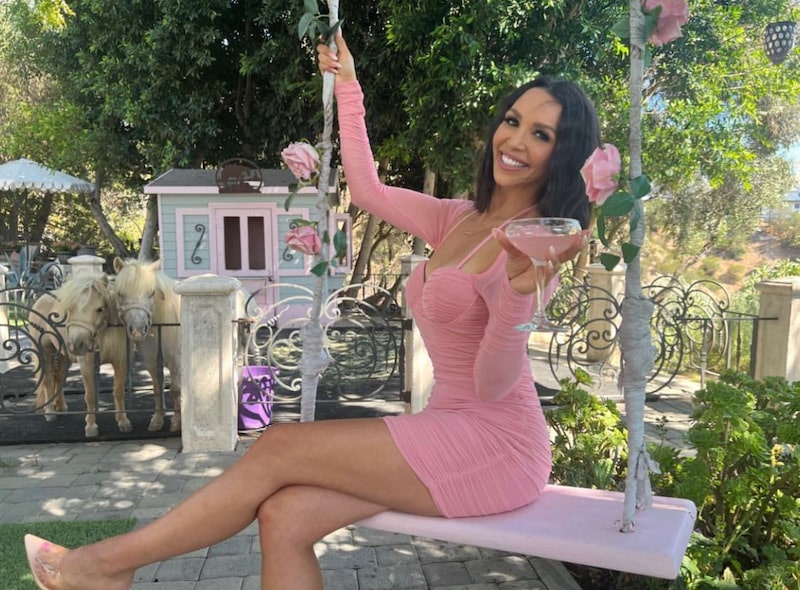 Throughout the event, Scheana and her guests, including Raquel and Ariana, enjoyed all that Lisa’s home had to offer, including a rose-studded swing. 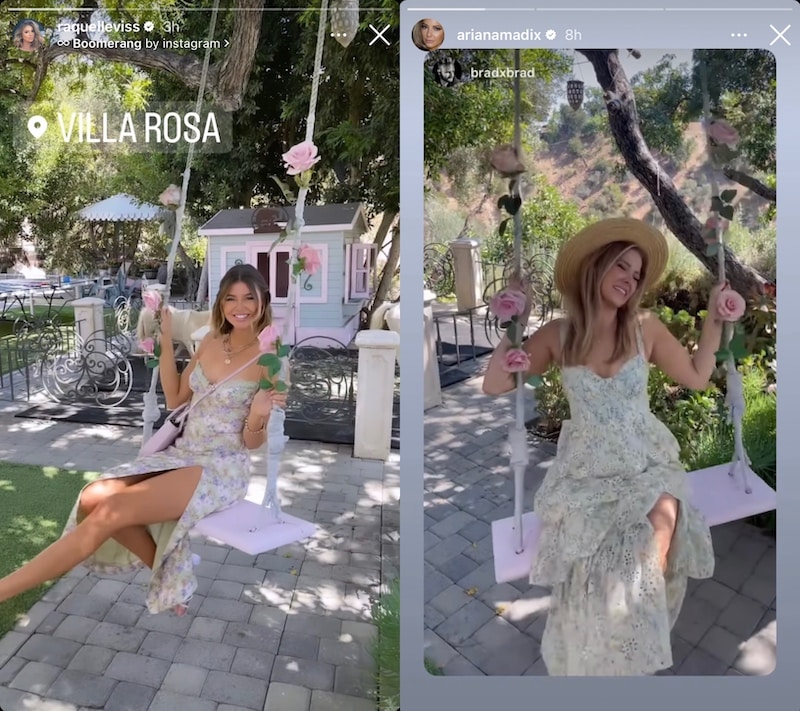 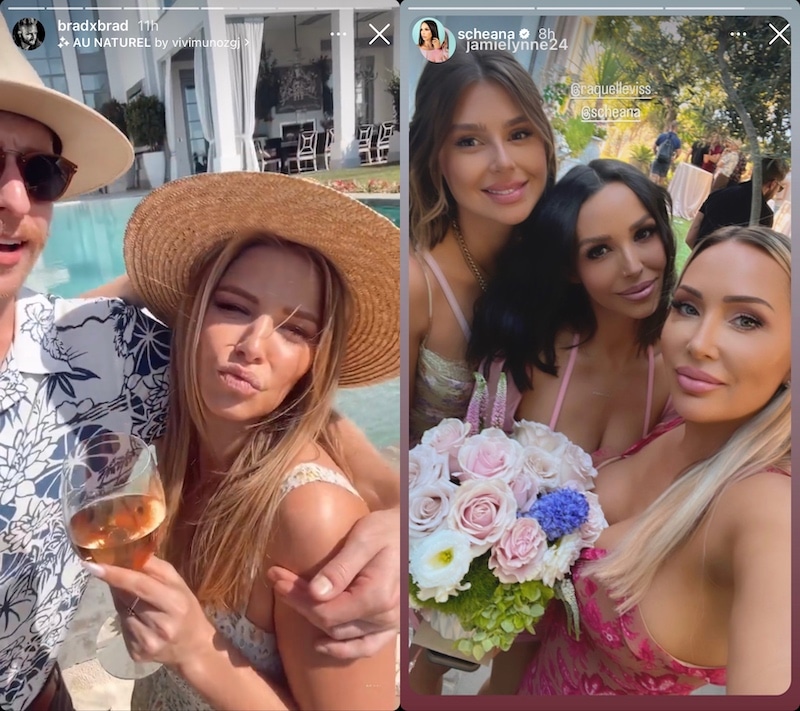 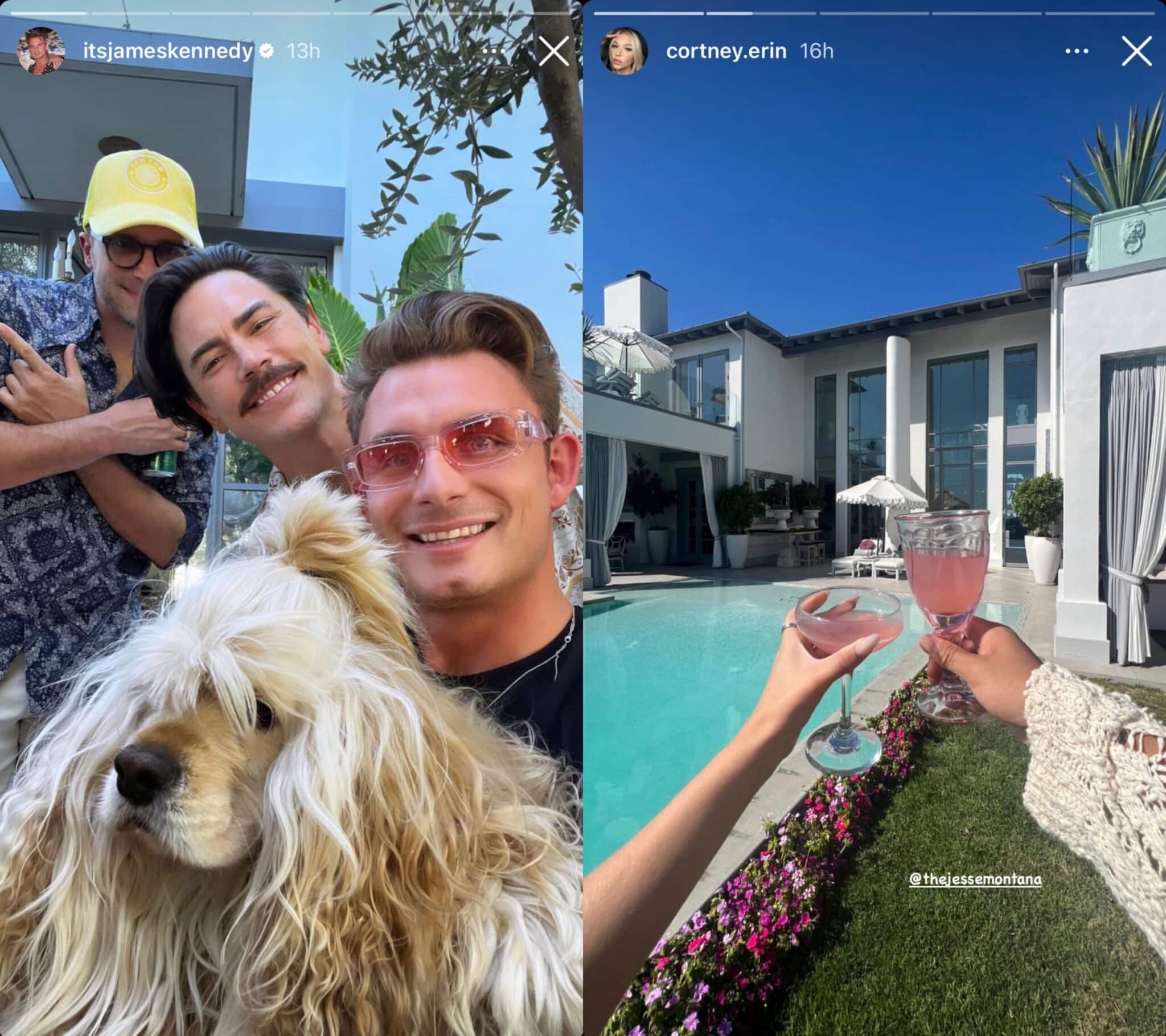 For their meal, Scheana and her guests were treated to tasty-looking salads, which were situated on a large outdoor dinner table. 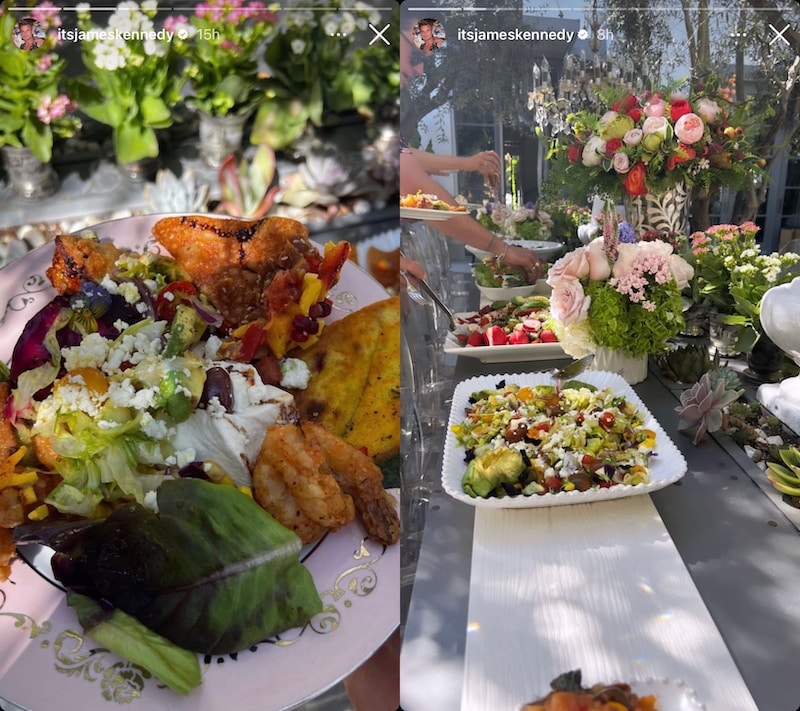 Following the event, the cast reunited at Schwartz and Sandoval’s new bar, Schwartz & Sandy’s, which hosted its soft opening last month and is expected to be open to the public by the end of August.

Scheana and the Pump Rules cast, all of whom are invited to her and Brock’s ceremony, will travel to Mexico later this week for the couple’s big day, which will likely be filmed for the show’s upcoming 10th season.

Earlier this year, while appearing on the Not Skinny But Not Fat podcast, Scheana said she and Brock, who share one-year-old daughter Summer, were planning to wed “on a beach with the ocean in the background.”

“It was going to be Bali, but with quarantine and all of that, you can’t fly into a certain part of Bali. So we hired a wedding planner. And we’re going to look into getting married sometime I think between August and November. We’re open to a wide range of dates, pending location and the next season,” she revealed.

Vanderpump Rules season 10 went into production last month and is expected to begin airing on Bravo later this year or early next year.