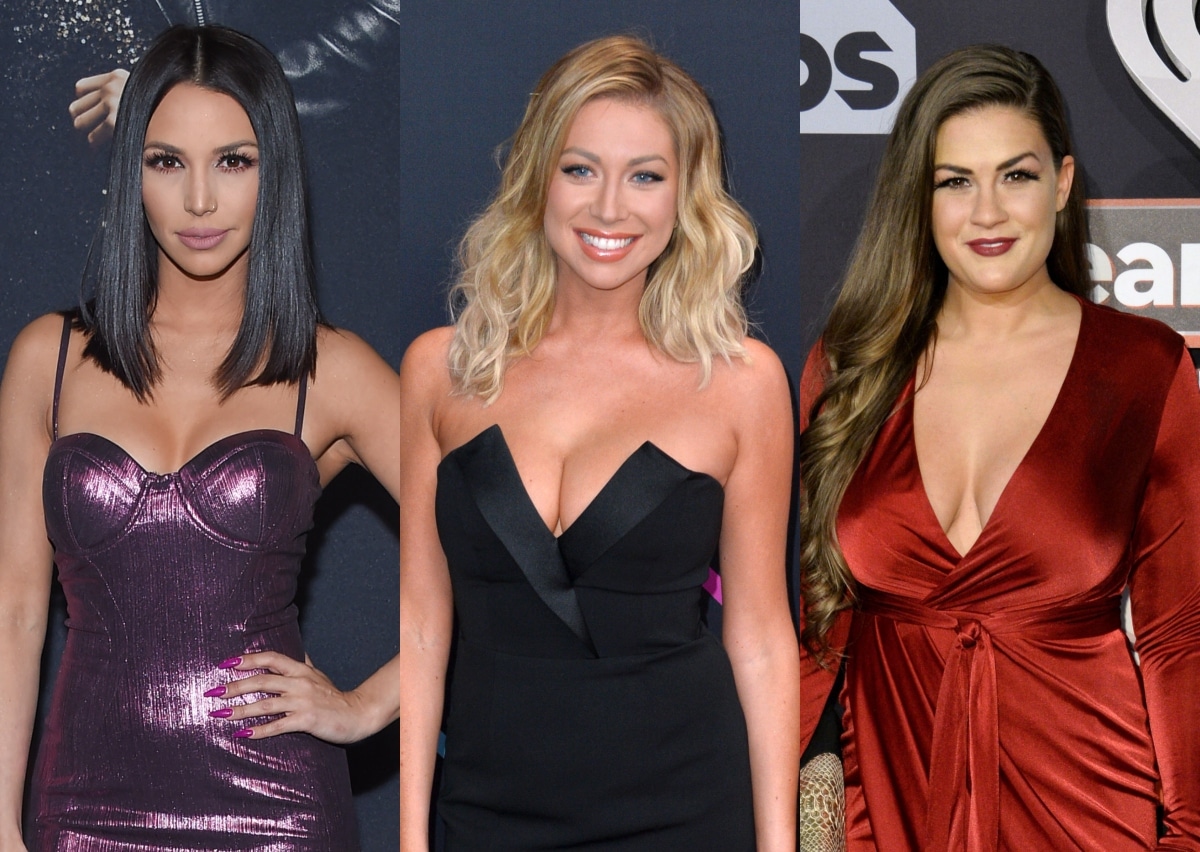 As she celebrated with her Vanderpump Rules castmates, Scheana revealed that her plan to welcome Brittany to her podcast, Scheananigans, earlier this month in hopes of prompting a reconciliation between the ladies “backfired.” Then, she opened up about her upcoming wedding in Mexico.

“The point of the podcast, honestly, was for [Stassi] to just understand Brittany’s side more because she wasn’t taking her calls and Brittany messaged her so many times with no response,” Scheana explained to Us Weekly on July 19. “We didn’t do it maliciously or to talk sh-t. And then the backlash from it, it was, like, that actually wasn’t even the intention. We’re like hopefully once she hears this, she’ll be like, ‘Oh, my God, now I understand.’”

During the podcast episode, which Scheana said “backfired on us,” Brittany confirmed she was doing whatever she could to make amends with Stassi. Brittany noted that she actually sent Stassi money to cover the costs of her and Jax Taylor‘s plates after they pulled out of her and Beau Clark’s Italian wedding at the last minute (leaving Stassi no time to offer their places to one of her other loved ones).

“Stassi sent the money back. … Brittany had paid for the plates because she couldn’t make it. And said ‘Scheananigans podcast’ [as the note],” Scheana shared, noting that the costs of the plates was “expensive.”

“I have reached out since the wedding and said, ‘Everything is so gorgeous and I hope that we can talk one day and I’m so sorry for how things went down,’ and I haven’t gotten any response just yet,” Brittany claimed on Scheananigans. “I’ll try again in a couple weeks or something. I just like to make things right. … I get so upset. I don’t want to cause any drama.”

During another interview, Scheana looked ahead to her wedding ceremony in Cancún, Mexico, revealing that she has two dresses, including one long dress for the ceremony and a shorter one for the reception.

“It’s coming up really quick,” Scheana revealed, also to Us Weekly. “Next month.”

And while her and Brock’s daughter, Summer, is only 14 months, she’ll be acting as the flower girl.

“She’s a flower girl in training,” Brock laughed. “We bought off Amazon this little basket and then petals, and we’re teaching her to throw the petals. She’s gotta dial it in. So, we’ve got sessions every day.”

As for which of her Pump Rules castmates will attend, Scheana said that everyone is invited — at least at this point.

“We’ll see how the next week goes,” she joked. “There’s always drama.”