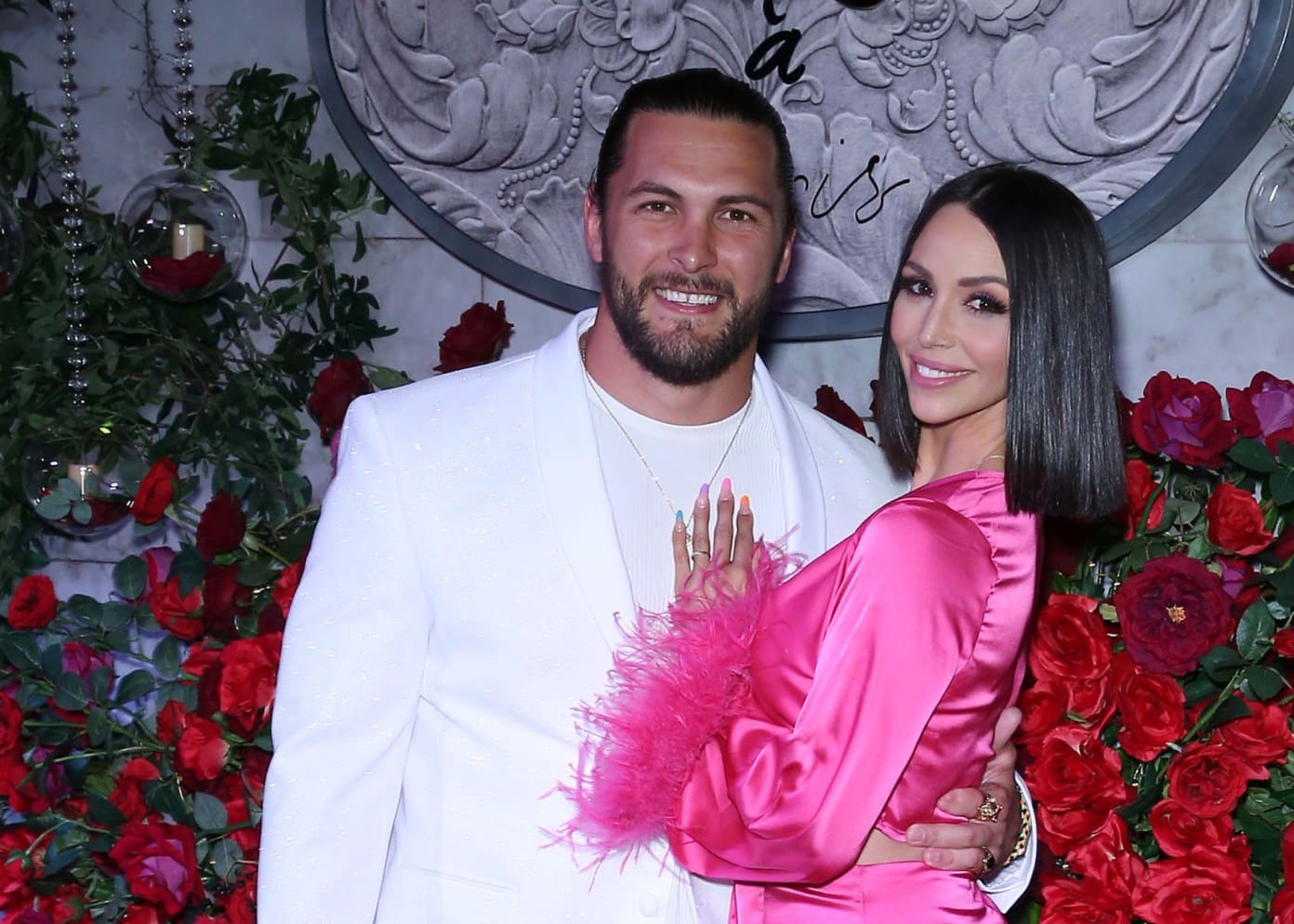 Scheana Shay‘s fiancé, Brock Davies, came under fire amid the ninth season of Vanderpump Rules for his lack of contact with his two oldest children, who live in his home country of Australia. But where does he stand with his son and daughter today?

During a couple of new interviews at the opening of Schwartz & Sandy’s, the new bar of Tom Sandoval and Tom Schwartz, on Tuesday night, Scheana and Brock discussed his little ones while also dishing on their upcoming wedding, which is set to take place in Cancun, Mexico in late August.

“We’ve been able to talk to the kids. We just gotta build that relationship up slowly and it’s on the kids’ terms and their mothers,” Brock revealed to Entertainment Tonight on July 19. “They’re definitely excited to have us around and be involved and actually just keep turning up. So that’s the best part.”

Although Brock confirmed he and Scheana aren’t “physically” in touch with them, Scheana said she would “of course” love it if they were able to attend their wedding.

“But it’s a lot,” she explained of the Australia-based family members.

“We’ll get there eventually,” Brock added. “And when we get home, we’ll celebrate with them.”

As they near their big day, Scheana is working with a “really good wedding planner” who “pretty much does it all.” And while she said she doesn’t yet know if Bravo will film her wedding for Pump Rules season 10, she confirmed that when it comes to her relationship, she and Brock are in a “completely different place” than they were during season nine.

“Last season I was so, like, postpartum. I was only home for three days from the hospital before we started filming. So, to go right back into that, after literally almost dying a week prior, it was scary and I didn’t really feel like myself,” she admitted. “And now going into this season, I feel the most myself in so long.”

“I feel like I’m in a good place with pretty much everyone,” she added.

“I think we’ve developed so many great relationships, and it’s just become more fun. And it’s easier, I think. It’s just like we’ve been doing this for so long, it’s like the cameras aren’t even there,” Scheana continued during a separate interview with E! News.

Though Brock feuded heavily with Lala Kent amid season nine, mainly due to her ongoing questions and concerns regarding his parenting, or lack thereof, he said that no one will stand in the way of his wedding to Scheana.

“There’s not gonna be a chair to throw,” Scheana replied. “And it’s not a priest, it’s my cousin.”

Scheana then said that her second wedding will look much different than her first nuptials with ex-husband Mike Shay.

“I had my dream wedding the first time, so I have different dreams now,” she explained. “But it’s everything that we want with each other.”