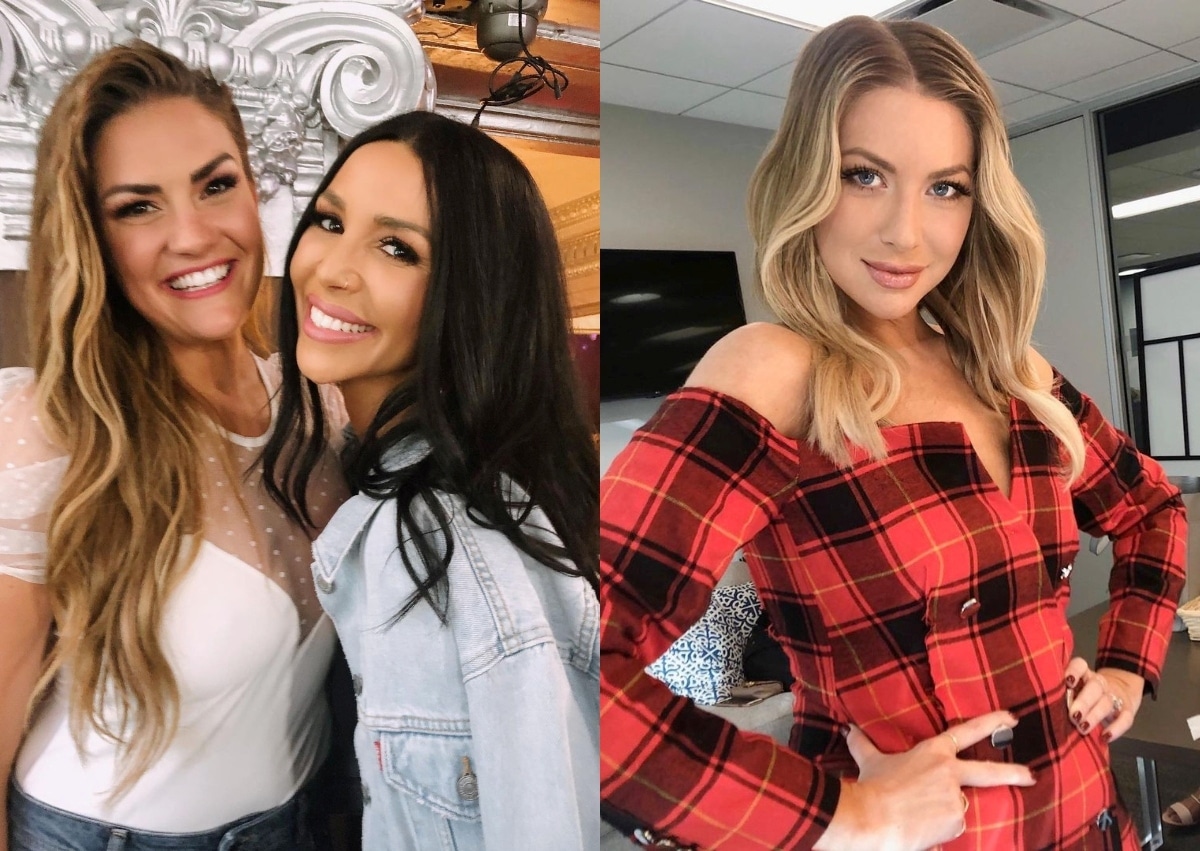 Scheana Shay is hoping for a reconciliation between Stassi Schroeder and Brittany Cartwright, both of whom are expected to be in attendance at her upcoming wedding to Brock Davies in Mexico.

Weeks after welcoming Brittany to her Scheananigans podcast, where she hoped to help Stassi better understand why she and Jax Taylor pulled out of her and Beau Clark‘s wedding in Rome, Italy, at the last minute, the Vanderpump Rules star said that while things didn’t go as planned, she’s hopeful for the ladies’ future.

“Brittany and I had a whole different vision,” Scheana told E! News on August 2. “‘Maybe when Stassi hears this, she’ll realize that you were trying so hard to get there and you did everything in your power.’ And it just totally backfired on us. And it was not what we were expecting whatsoever. We were actually thinking, ‘You know when Stassi hears this, she’s gonna understand more of Brittany’s side.’ But that didn’t happen.”

While appearing on Scheananigans in July, Brittany listed a number of reasons for why she and Jax weren’t able to make it to Stassi’s ceremony in Mexico, including the death of her mother’s friend and the late arrival of her 14-month-old son Cruz’s passport. But she admitted it was her husband’s “rage texts” that ultimately drove them apart.

“I was planning on going 1,000, 100 percent. Jax just started getting in his head, getting all worked up about flying with the baby — and you know how Jax is, he’ll just text and rage text and everything else. I don’t even know exactly what all he said but I know he was expressing his doubts and that he didn’t really think he wanted to go anymore,” Brittany revealed on the July 1 episode.

“He shouldn’t have done it and whenever I found out about it, I was very upset with him,” Brittany added.

But the damage had already been done, and in the weeks since the texts were sent, Brittany hasn’t heard from Stassi at all. Still, Scheana is hoping that the women can get to a better place soon, especially because they’re both expected at her and Brock’s wedding.

“I have hope for everyone, so yes, of course,” she shared.

Also during her interview with E! News, Scheana seemingly shaded first husband Mike Shay, who she was married to from 2014 to 2017, by suggesting that the best part of her impending second wedding was that she’s getting a new life partner.

“Oh my god, a new husband,” she laughed. “Everything about it! We’re doing a destination wedding. I’m so excited just getting all of our family and friends together for not a forced vacation but we’re getting everyone into one place for a minimum of three nights is so exciting. Just to bring everyone together, I can’t wait!”