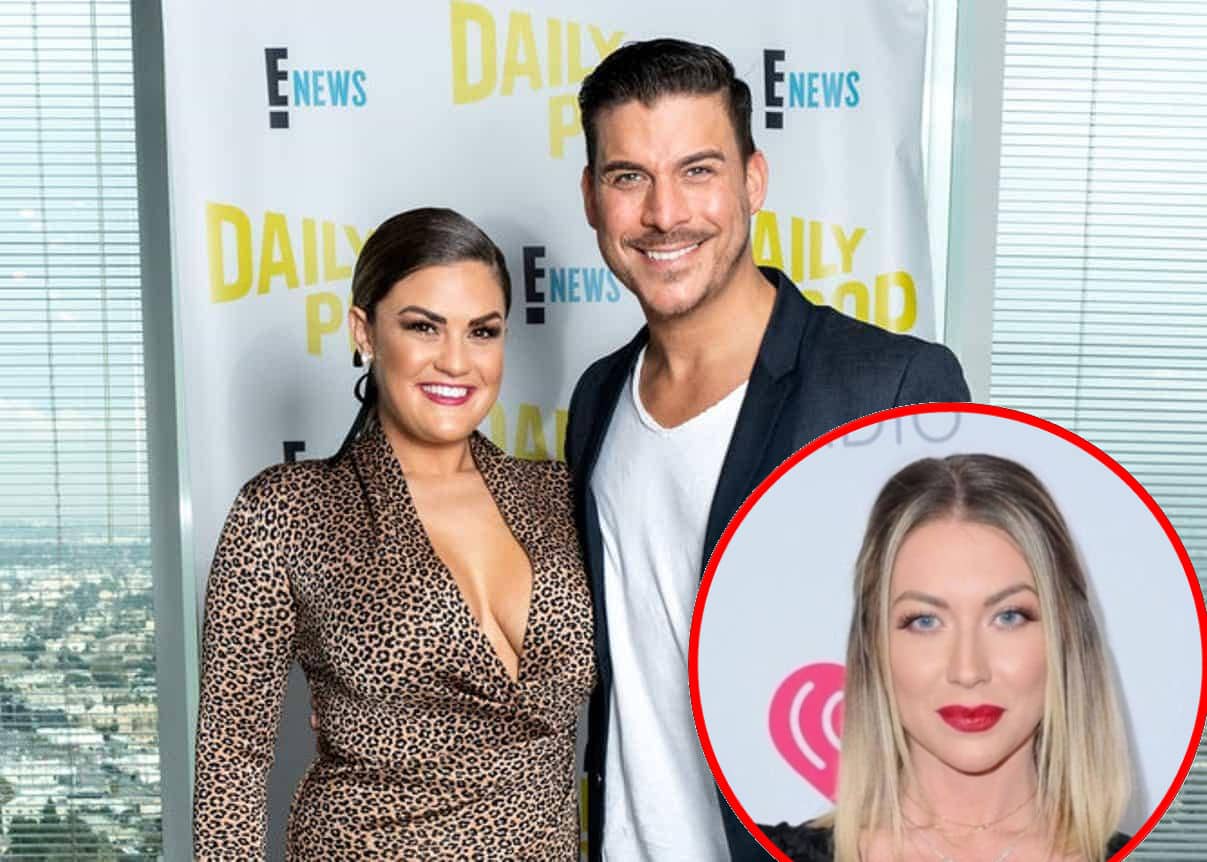 Jax Taylor addressed his and Brittany Cartwright‘s absences at Stassi Schroeder and Beau Clark‘s wedding in Italy in the comments section of a recent Instagram post.

Amid rumors about why he and Brittany didn’t attend and when they informed Stassi and Beau that they couldn’t make it, the former Vanderpump Rules cast member shared a list of reasons with a curious fan while also suggesting that his and Brittany’s snub was “not a big deal.”

“We need to hear what happened with you and [Jax Taylor] not going to Stassi’s wedding! Love yall hopefully this doesn’t ruin your friendship,” the fan wrote in a comment shared to a post shared by Brittany.

“Not a big deal,” Jax replied. “We just couldn’t make it, my mother-in-law [Sherri Cartwright] had a death in the family and our son [Cruz Michael Cauchi]’s passport didn’t come on time. Things happen.” 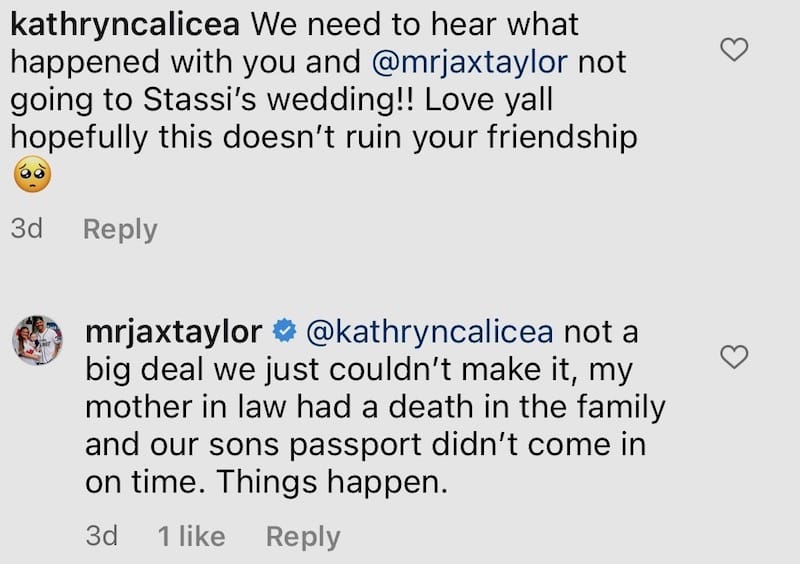 In additional comments about the topic, which were shared, via screenshot, on Reddit, Jax again mentioned Cruz’s passport and the death of Sherri’s loved one, who he first said was a family member and later said was a “friend.”

“[It] was a week before and Cruz’s passport never came and our [babysitter’s] friend passed away so she had to leave. Nothing we could do,” he insisted.

He then said that he and Brittany may also be forced to cancel their upcoming trip to Mexico.

“I’ve been told passports are taking longer. We even had it expedited so I don’t know what’s going on,” he stated. 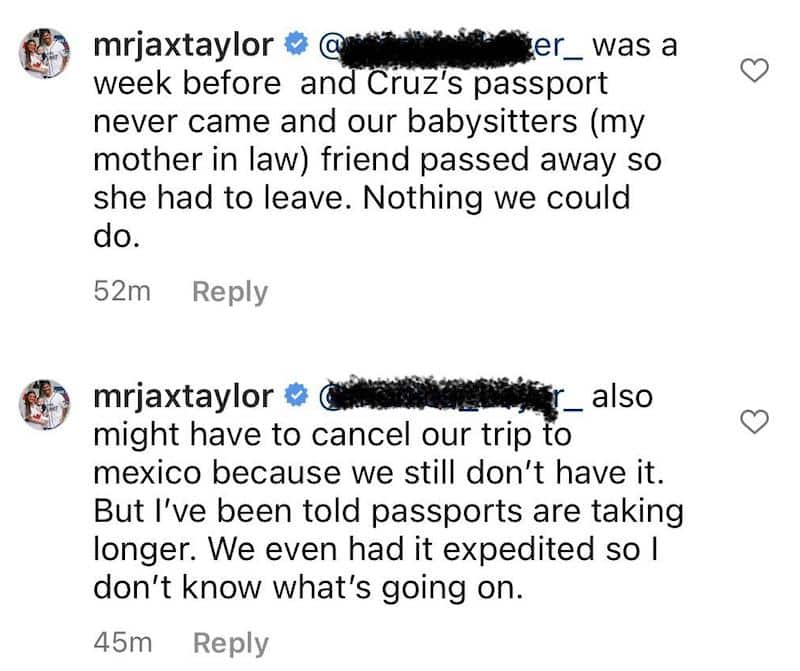 But according to Stassi, who seemingly addressed the topic on her and Beau’s podcast, The Good, the Bad, and the Baby, she did not receive a week’s notice from the couple who was mysteriously absent from her nuptials. Instead, she and Beau learned they would not be coming to their wedding on the day that they left for Rome.

“The day, not 24 hours before, the day we’re leaving for our flight to go to Rome, two hours before we leave the house… I get a text from the girl part of this relationship saying, ‘We’re not coming,’ with many, many reasons as to why they’re not coming. It was a novel,” Stassi recalled, refusing to name names. “It was so mind-blowingly insane.”

While Jax didn’t feel that his and Brittany’s decision to forgo Stassi and Beau’s invite was a big deal, it seemed to be a huge deal for Stassi and Beau, who felt the couple robbed them of selecting two people who would have actually attended.

“I can’t believe that I took two spots. I can’t believe I thought we were close. I feel stupid that I thought we were better friends than that,” Stassi admitted. “And when I was at the wedding, I looked around at everyone that was there and I was like, ‘God, I love every single person that’s here. I’m so thankful for each person that’s here and what a wonderful group of people that we love — that wouldn’t do that to us.’”

As Pump Rules fans may have seen, it was confirmed over a week ago that Jax was no longer following Stassi and Beau, meaning that he either unfollowed the two of them or they blocked him from following them. But when it comes to Brittany, she made it seem as if she and Stassi were in a good place while appearing on the Behind the Velvet Rope With David Yontef podcast on May 23.

“I talk to them all the time and we like to get the babies together all the time. Me and Stassi and Lala, we’re doing Mommy and Me classes every Wednesday. They just finished, but we were doing all that together,” she stated.

Vanderpump Rules was recently renewed for a 10th season on Bravo, but it’s unclear whether or not production has begun.