Stassi Schroeder and Beau Clark are preparing to tie the knot for a second time in Rome, Italy, and in recent days, they’ve been joined overseas by a couple of Vanderpump Rules cast members.

Nearly two years after the couple was forced to call off their dream wedding due to travel restrictions related to the COVID pandemic, Stassi and Beau are showing their one-year-old daughter, Hartford Charlie Rose Clark, around in Italy while also being joined by several friends and family members.

“We made it!!!!” Beau declared in his Instagram Story earlier this week as he and Stassi sat at a table with a couple of glasses of wine.

“The Clarks,” he added, along with a photo of himself, Stassi, and Hartford, all of whom were wearing similarly-patterned tops. 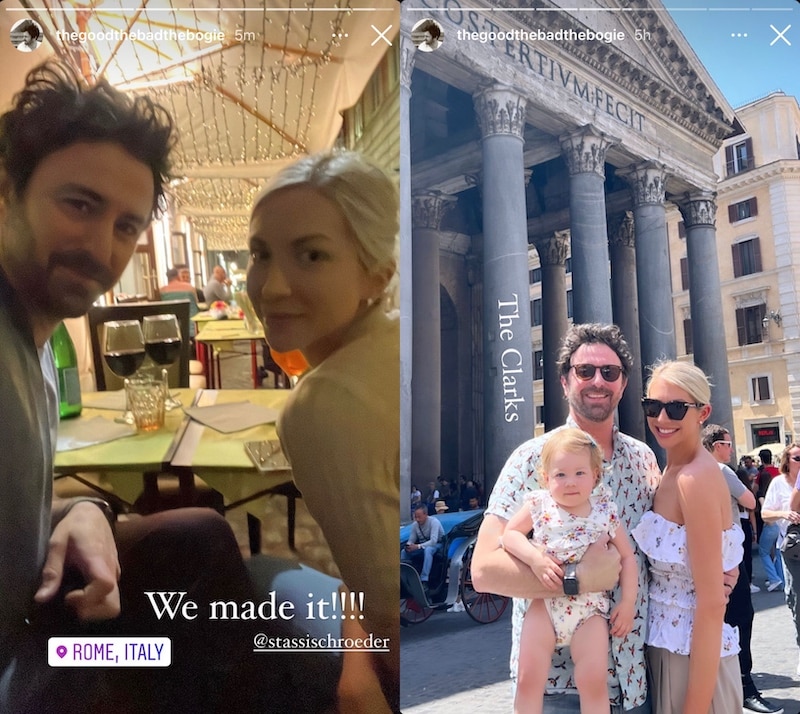 In addition to enjoying drinks and seeing all the stunning sights Rome has to offer, Stassi and Beau enjoyed a meal with Pump Rules‘ Katie Maloney, Tom Schwartz, and several others.

In photos shared on Instagram, via Bravo Breaking News, Katie and Tom, who confirmed their split in March after 12 years together, were seen sitting separately at the same restaurant.

“The glorious crew,” Stassi wrote in the caption of a video showing off her wedding group. 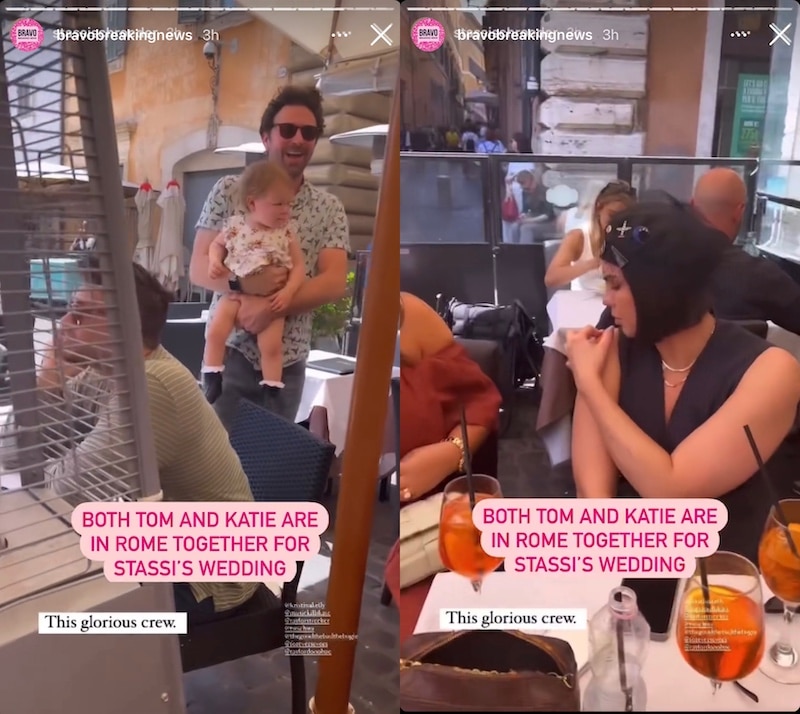 Also on Stassi’s Instagram Story, she shared a photo of the women in town for her and Beau’s wedding, including Katie, her longtime friends Taylor Strecker and Kristina Kelly, her sister Georgianna Schroeder, and her former Pump Rules producer Jenna Moshell Rosenfeld, and she noted that they were celebrating her low-key bachelorette party at Il Gabriello. 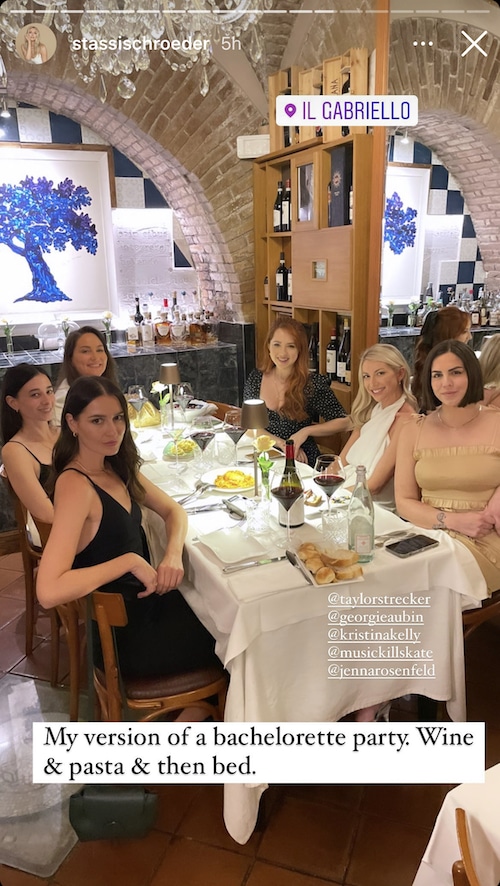 Last month, ahead of her second big day, Stassi released her second book, Off With My Head: The Definitive Basic B–ch Handbook to Surviving Rock Bottom. In the book, she revealed that her and Beau’s initial wedding plans were going to serve as a launch-point for a new spinoff before she was ultimately fired for past racist behavior.

“The Vanderpump spinoff was supposed to be bridged by an episode about my gorgeous, Italian wedding, which would then introduce the new show. Surprise! We were all so looking forward to that,” she wrote in the publication. “[And] at first, we thought the spinoff would still go ahead with some sort of focus on the canceling and the journeys to educate ourselves.”

While Katie and Tom are the only Pump Rules cast members in Italy so far, it is possible that more will show up as the week continues. That said, the Best of Bravo shared a report on Instagram days ago in which it was noted that only 35 people had gotten invites.

The outlet also said that Stassi’s friend Taylor would be doing the officiating.