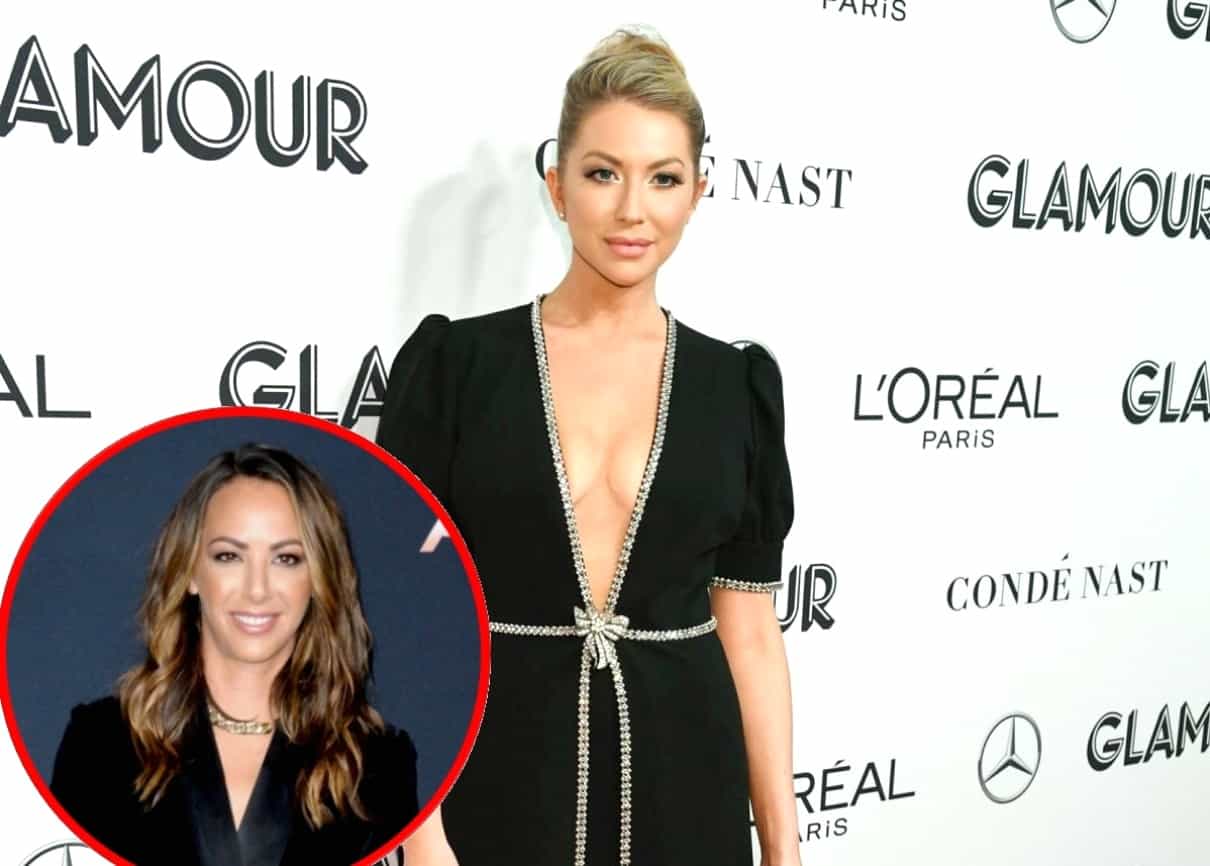 Stassi Schroeder is dishing on her wedding, her feud with Kristen Doute, and The Real Housewives of New York City.

Following this week’s episode of Vanderpump Rules, Stassi chatted with host Andy Cohen on Watch What Happens Live with some of her co-stars, including fiancé Beau Clark, about getting married in Rome in October before revealing if she’s spoken to Kristen since their Twitter feud last week and sharing her thoughts on which RHONY cast member she’d take a pay cut to bring back.

“Who the heck knows? I mean… We’re keeping on it. We bought our flights because they’re really cheap right now,” she explained when Andy asked about her wedding and whether or not she was moving forward with planning amid the coronavirus pandemic.

Currently, a number of Beau’s family members are in quarantine in Italy, where they reside.

“They’re all healthy but they’re not allowed to leave, like 200 meters, from their homes now. The army is there, I guess, so they’re crazy quarantined compared to us in the states,” he explained.

When Andy then asked Stassi about her online drama with Kristen, Stassi slammed Kristen as a “hoe” before making it clear that she was not proud of their public dispute.

“What a hoe. First of all, let me just say, I’m so embarrassed I engaged in my first Twitter feud. Jax inspired me. I’ve been bored, okay? I’m mortified,” she admitted, adding that she and Kristen “haven’t spoken since then.”

“I mean, come on. That’s rude,” Stassi added of Kristen’s Pump Rules: After Show comments, which included a podcast diss.

Moving onto the Real Housewives of New York City during another moment of WWHL, Stassi told Andy the show is a national treasure.

According to Stassi, Alex McCord, who appeared on the series for its first four seasons, is one of her favorite cast members of the show.

“I would take a pay cut from Bravo to bring her back. When we’re working on our next contract, I’ll take a pay cut. Bring back Alex and Simon,” she declared.

Both Stassi and Beau agreed that Sonja Morgan has changed the most since her first season. Stassi then joked that she could use one of Sonja’s toaster ovens as she and Beau remain in quarantine and said that she’d side with Bethenny Frankel over Jill Zarin in “almost in any situation.”