Brittany Cartwright Talks Estrangement From Lisa Vanderpump, Moving to Kentucky, Plus Where She Stands With Vanderpump Rules Cast, and Stassi After Unfollow Drama 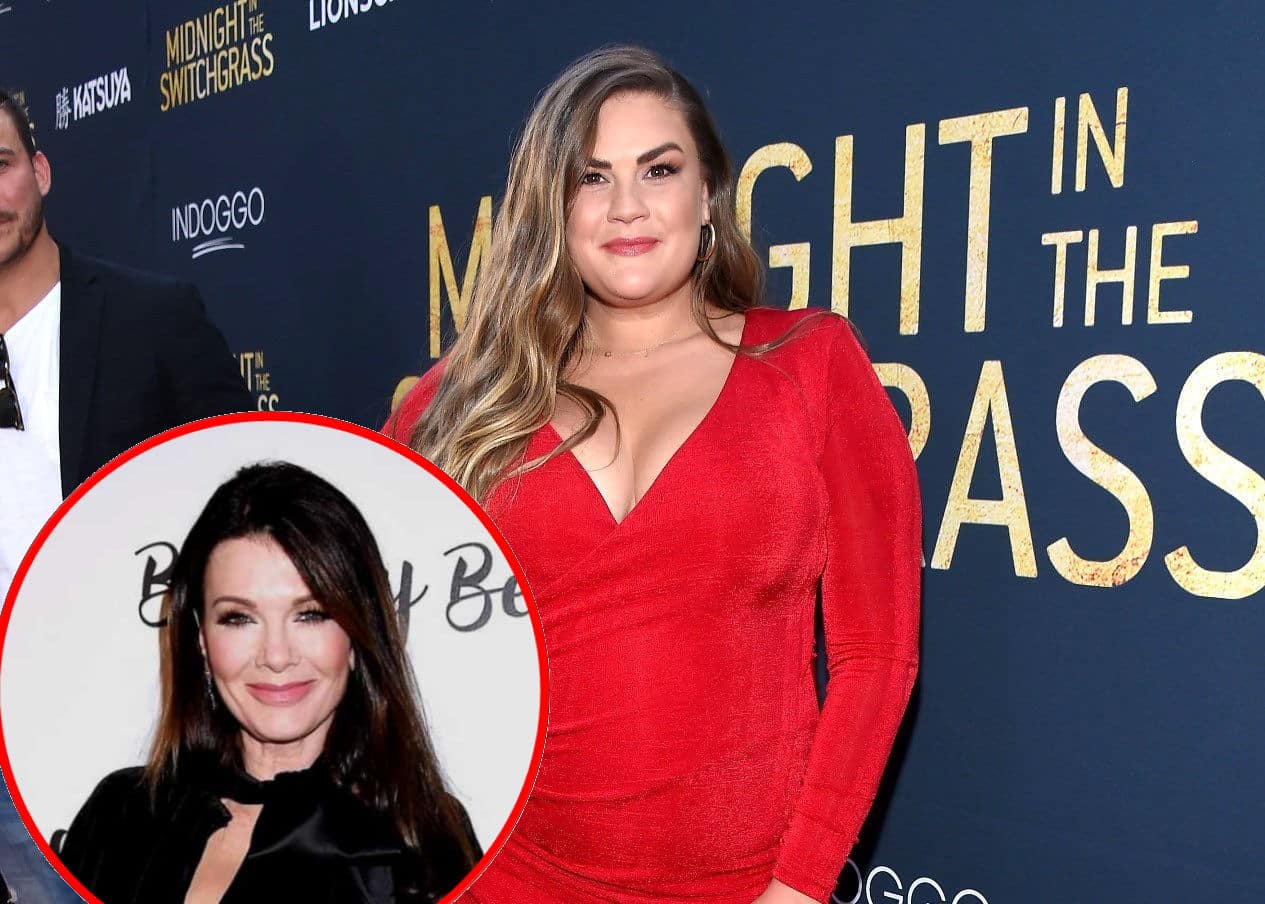 Brittany Cartwright is setting the record straight about her and Jax Taylor‘s supposed move to Florida.

Just over a week after Jax told a fan on Cameo that he and his wife were “going to be moving there shortly,” the Vanderpump Rules alum said that she and Jax will actually be moving to Kentucky, where she’s from, while also addressing her current relationship with Lisa Vanderpump and other members of her former show.

“I miss like my family and friends in Kentucky… a hundred percent eventually we’ll move back closer to family… I really think so,” Brittany said on the May 23 episode of the Behind the Velvet Rope With David Yontef podcast. “We want to have more kids, so it would be great to have some help… We don’t even have a babysitter yet.”

Although Brittany’s mom, Sherri Cartwright, travels to Los Angeles from time to time to help out with their one-year-old son, Cruz Michael Cauchi, Brittany said that once she and Jax, who has been in L.A. 10 years longer than she has, decide to have more kids, help from her family will become more of a necessity.

“Once our family grows, it’ll just be easier… to be around family… My mom and my dad, I know they feel like they miss so much of Cruz’s life… They want to see him. I send them pictures and stuff all the time. And I just, I feel kind of sad that we’re so far away,” Brittany stated, adding that Jax is “kind of over” living in L.A.

While Brittany and Jax are currently far from their families, Sherri is slated for a visit.

“Me and Jax are going to actually get out… And I’m just excited for that… We need to rekindle our romance,” Brittany admitted.

When Brittany was then asked if she’s gotten any parenting advice from Lisa since welcoming Cruz in April 2020, Brittany admitted “she didn’t really” give her any before confirming she and Jax did receive gifts for their little boy.

“I love Lisa to death and I think she’s amazing… When Cruz was about eight weeks old… She did send like some gifts and stuff. And I checked on her whenever she had her accident with the horse… And she said she missed us and stuff,” Brittany shared.

That said, Brittany added that she thought her relationship with Lisa would last beyond her and Jax’s final moments on Pump Rules.

“We don’t hear from her as much as I thought we would, which is kinda sad,” Brittany confessed. “[Jax] doesn’t really say anything about it, but I’m sure if you asked him, he probably would be a little bit… She was really close to him during like all the filming and stuff. So I just wish that would have like continued a little bit, but we’ll see.”

As for her relationships with Lala and Stassi, who, along with husband Beau Clark, were recently unfollowed by Jax, Brittany said she’s quite close to both of the ladies — and their one-year-old daughters, Ocean and Hartford, respectively.

“I talk to them all the time and we like to get the babies together all the time. Me and Stassi and Lala, we’re doing Mommy and Me classes every Wednesday. They just finished, but we were doing all that together,” she explained.

Regarding Scheana Shay, who also has a one-year-old, daughter Summer Moon, Brittany admitted that she doesn’t see her as much as the other ladies.

“She really lives in San Diego and is like all around all the time. But anytime we can all get together and stuff is, is awesome,” she noted.

Also during the podcast episode, Brittany said the biggest misconception about her and Jax is “the way [they] met.”

“I hate that some people still think like that for some reason, people are like, ‘You met him in his DMs.’ I’m like, ‘That was not me. That was one of his other girlfriends or something. That was not me.’ He came up to me at the bar. I did not go up to him,” she clarified.

Brittany then added that living out a relationship on reality TV wasn’t always easy.

“It can be very hard to go through the ups and downs and people seeing you fight and stuff,” she said. “But at the same time, it’s like, if you were being followed by a camera all the time, do you really think he wouldn’t say anything wrong every now and then? Or getting a fight or something at least one time?”

Vanderpump Rules season 10 is expected to go into production sometime in the coming months.