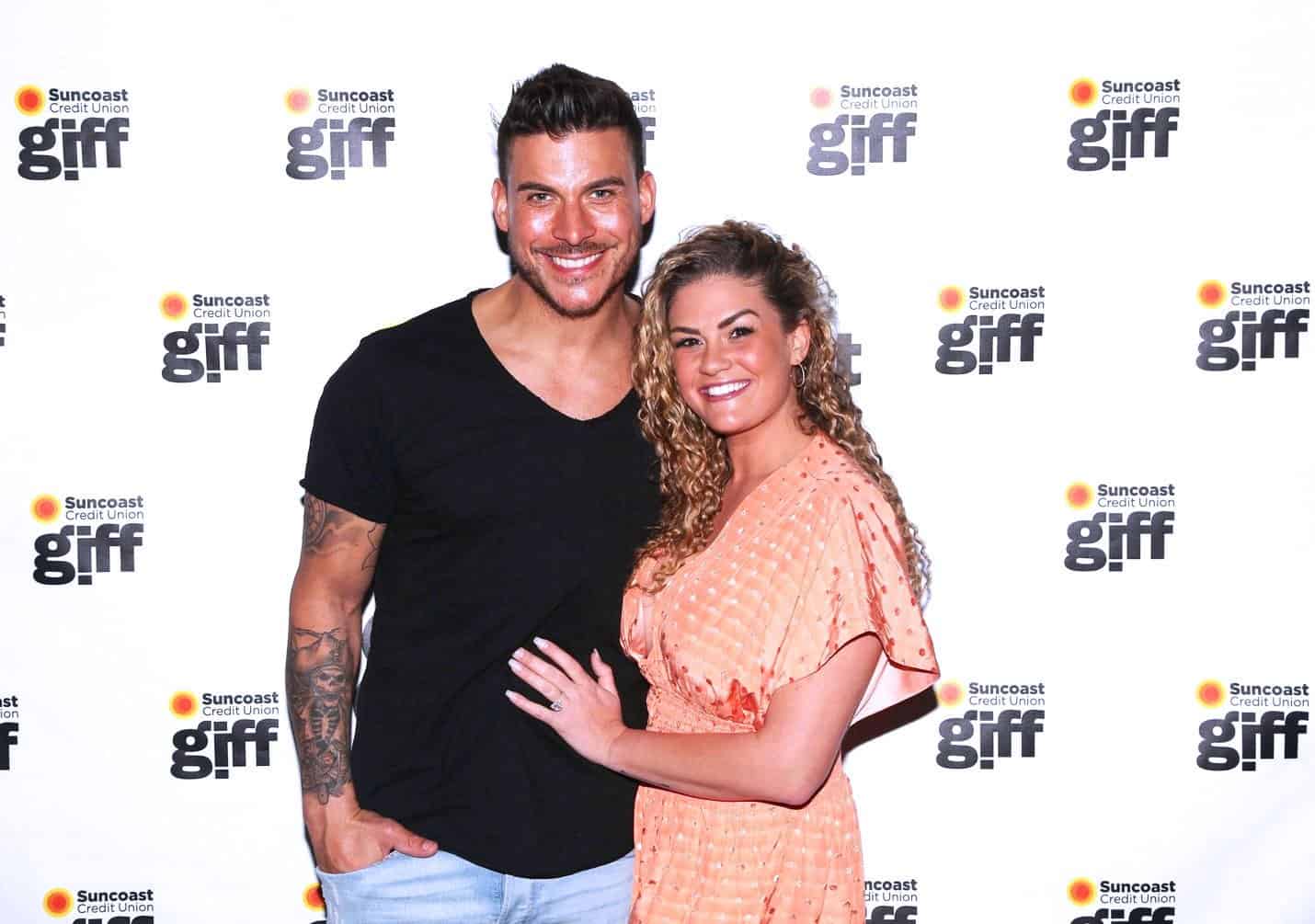 Brittany Cartwright is explaining the meaning behind the name of her days-old son, Cruz Michael Cauchi.

During an interview after Cruz’s April 12 arrival, the ex-Vanderpump Rules cast member opened up about giving birth after a whopping 27 hours of labor, her future playdates with her former co-stars, and her thoughts on further expanding her family with husband Jax Taylor.

“Cruz means ‘cross,’ and coming from a religious family I thought that was amazing,” Brittany told E! News of her son’s name on April 13. “Michael is Jax’s middle name and his uncle/godfather’s name. [It’s also] been my mom [Sherri Cartwright]’s favorite boy’s name ever so she was so excited.”

As for Cruz’s last name, Cauchi, that is Jax’s real last name and was chosen to honor his late father, Ronald Cauchi.

In the moments leading up to Cruz’s birth, Brittany said she was “nervous, excited, and definitely ready” to meet her little boy before confirming she was in labor “for 26, 27 hours.”

“It was one of the hardest things I have ever done, but it was definitely the most beautiful and rewarding thing,” she admitted. “I got to watch the birth through a mirror. It was so amazing. It was just the perfect day, even when I screamed in pain.”

“I am so amazed and so proud of my body! After delivering my son I feel so strong and so powerful,” Brittany added.

Cruz also precedes the arrival of Scheana Shay‘s daughter, who is due on April 24.

“Cruz is the only boy so he will be a little ladies’ man from the start. I want him to grow up knowing all of the babies!” Brittany said of the time she’ll be spending with her friends and their daughters.

Although Jax previously said that he didn’t want more than two children, Brittany suggested to E! News on Tuesday that he’s had a change of heart after welcoming his son.

“I have always said three [kids] and Jax has always said two, but as soon as we had Cruz he said we could have as many as I want. So we will probably end up with three!” she proclaimed.

During his own interview, Jax admitted to being happier than ever now that he’s a dad.

“I had ideas on what I thought this would be like but nothing can prepare yourself for it, it’s one thousand times better. My dad instincts kicked in and everything else in life seems insignificant. I can honestly say I have never been as happy as I am right now. This was the role I was born to play,” he shared.