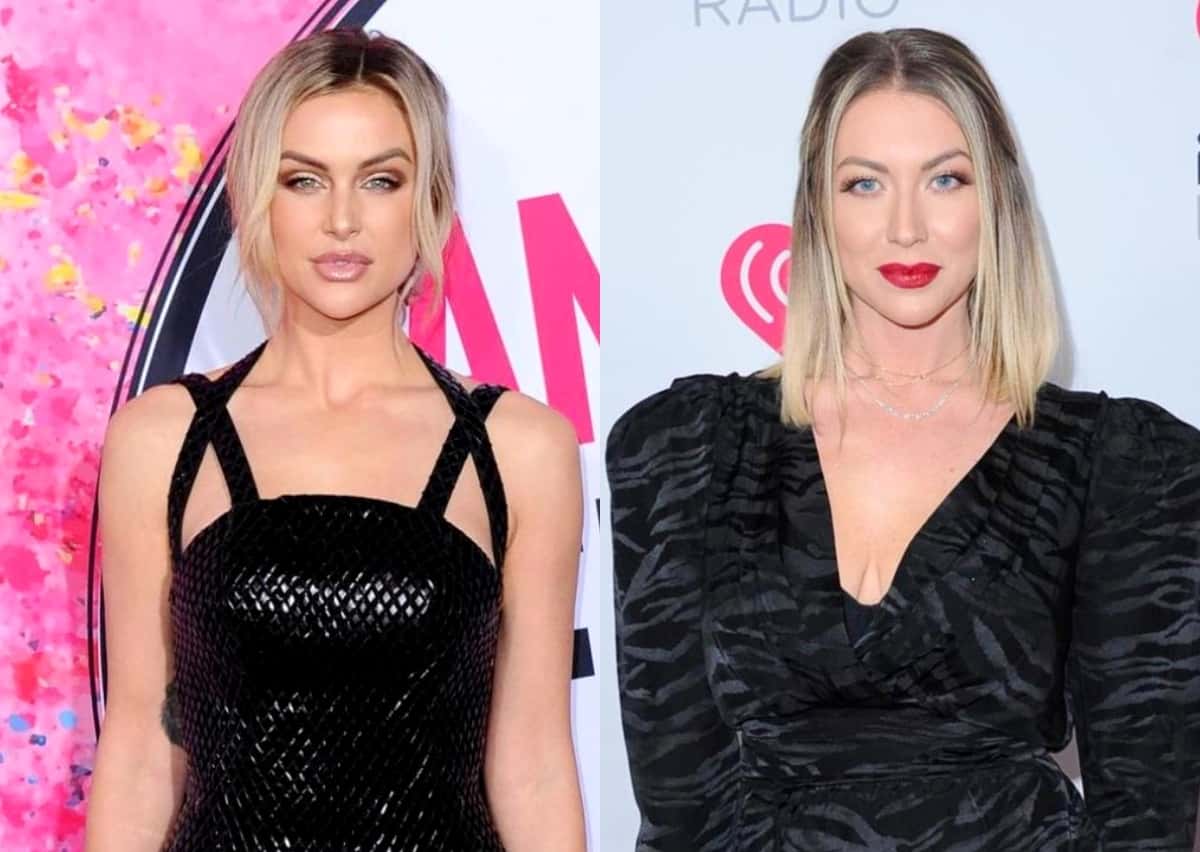 Lala Kent and Stassi Schroeder reunited earlier this week for a playdate with their new babies.

“First play date is going well!” Stassi’s husband, Beau Clark, wrote in the caption of a video clip posted of the babies and re-shared by Randall. 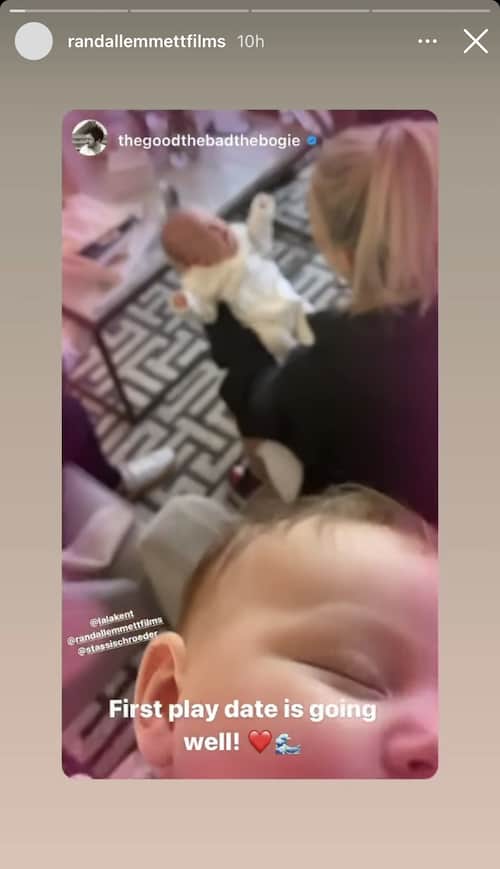 Lala also posted a photo from the playdate on her own Instagram Stories, telling her fans and followers that “yesterday was special” in a caption of an image that included Beau, Stassi, Katie, and the babies. 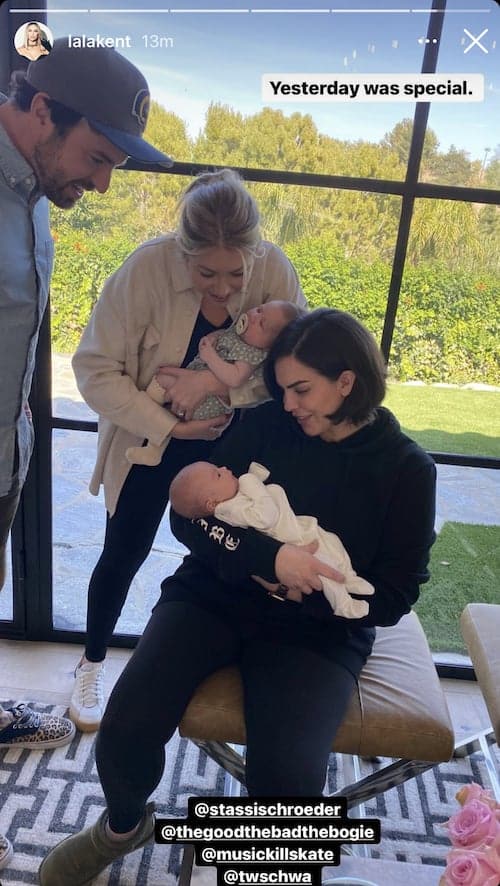 Another photo of Ocean meeting Hartford was shared by a fanpage.

In the weeks since welcoming daughter Ocean with Randall in mid-March, weeks before her due date, Lala has shared plenty of photos of the adorable child.

“My sweet little angel face. In the words of Melissa Gorga– Thank you, Jesus,” she wrote in the caption of one of her most recent images.

Stassi has also posted tons of photos of her daughter on her page, including one that featured Hartford, who arrived in early January, smiling big while wearing a ruffled beige sweater.

“It’s so weird that her eyeballs were just, like, growing inside of me,” Stassi said in the caption.

Pump Rules star Scheana Shay and her former cast member Brittany Cartwright are expecting children of their own, a daughter and a son, respectively, later this month.