Brittany Cartwright Addresses Rift With Stassi Schroeder After Missing Wedding, Hints Vanderpump Rules Alum is Refusing to Talk to Her 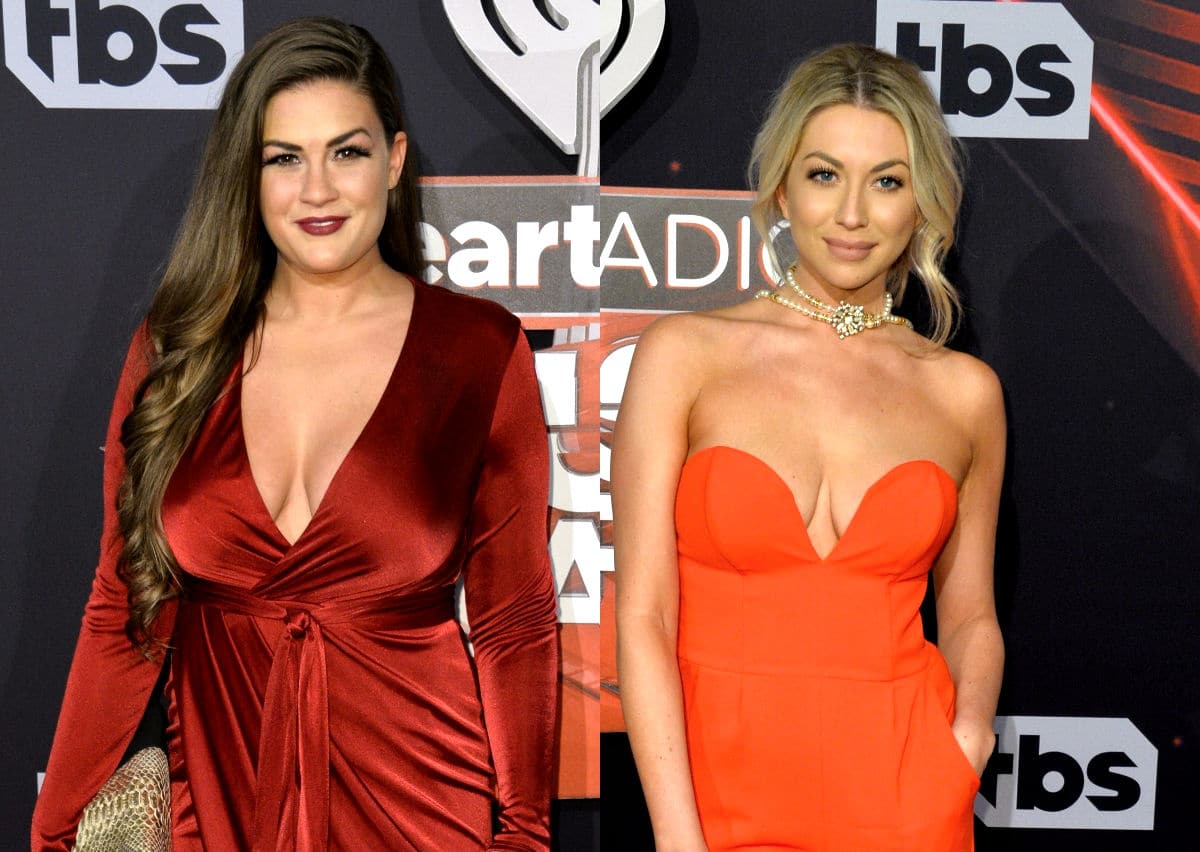 Brittany Cartwright is speaking out about her absence at Stassi Schroeder and Beau Clark‘s recent wedding in Italy.

After Stassi seemingly called her and Jax Taylor out on her podcast, revealing that one particular couple canceled just hours before they left for their trip and making it clear that she no longer considered these people friends, the Vanderpump Rules alum defended herself.

“Obviously there’s some, like, rifts going on right now with me and Stassi. There’s some things going on, which I hate,” Britany revealed on a recent episode of the Betches podcast. “I love her to pieces and I wish we could figure this out.”

While things between Brittany and Stassi were “great” prior to Stassi’s May wedding, with the two of them “meeting up all the time” and attending Mommy & Me classes together, there’s now “so much drama.”

“I’ll just say from my end, I wanted to be there and I wish I could have been there 100, 1,000 percent,” Brittany insisted. “I would never in a million years do something like that on purpose. We had actual reasons why we couldn’t go that were not talked about.”

As Pump Rules fans may have seen, Jax revealed that their son Cruz‘s passport didn’t arrive in time, and he said that Brittany’s mom, Sherri Cartwright, had a death in the family. He also wrote off the wedding snub, telling a fan on Instagram that it was “not a big deal.”

“There was actual things that happened right before the wedding that we actually couldn’t make it to the wedding for those reasons, but I know like having to wait til the last minute and not being able to be there for someone who I really do think as one of my best friends, I feel terrible about,” Brittany continued. “I’m like truly sorry and I hope that one day we will be able to talk about this and figure it all out because I do want our kids to grow up together.”

After gushing about how “incredible” Stassi and Beau looked as they said, “I do,” for a second time, Brittany said “there’s a lot more to” the story than people know.

“I just hope that they know that I did not wait til the last minute because I knew I was going to not be there. That was not the case. It was that I was literally trying to be there up until the very last minute. So there was a lot of things that were going on and I just feel terrible about it,” Brittany revealed. “That’s just not my personality. I would never try to put my friend in that situation and I just hope that one day we can talk about it and figure it out and get past it.”

For now, Brittany said she’s going to give Stassi “time,” and she hopes she’ll one day hear her out.

“I just wish we could talk it out and figure this stuff out because it’s hard whenever you can’t talk to each other and actually hear each other’s sides and then only one side is out there,” Brittany noted, seemingly referencing the comments made by her husband.

“I would’ve never talked about it at all. But it makes me sad. I’m trying not to cry because I really did want to be there and I tried everything in my power,” Brittany added.