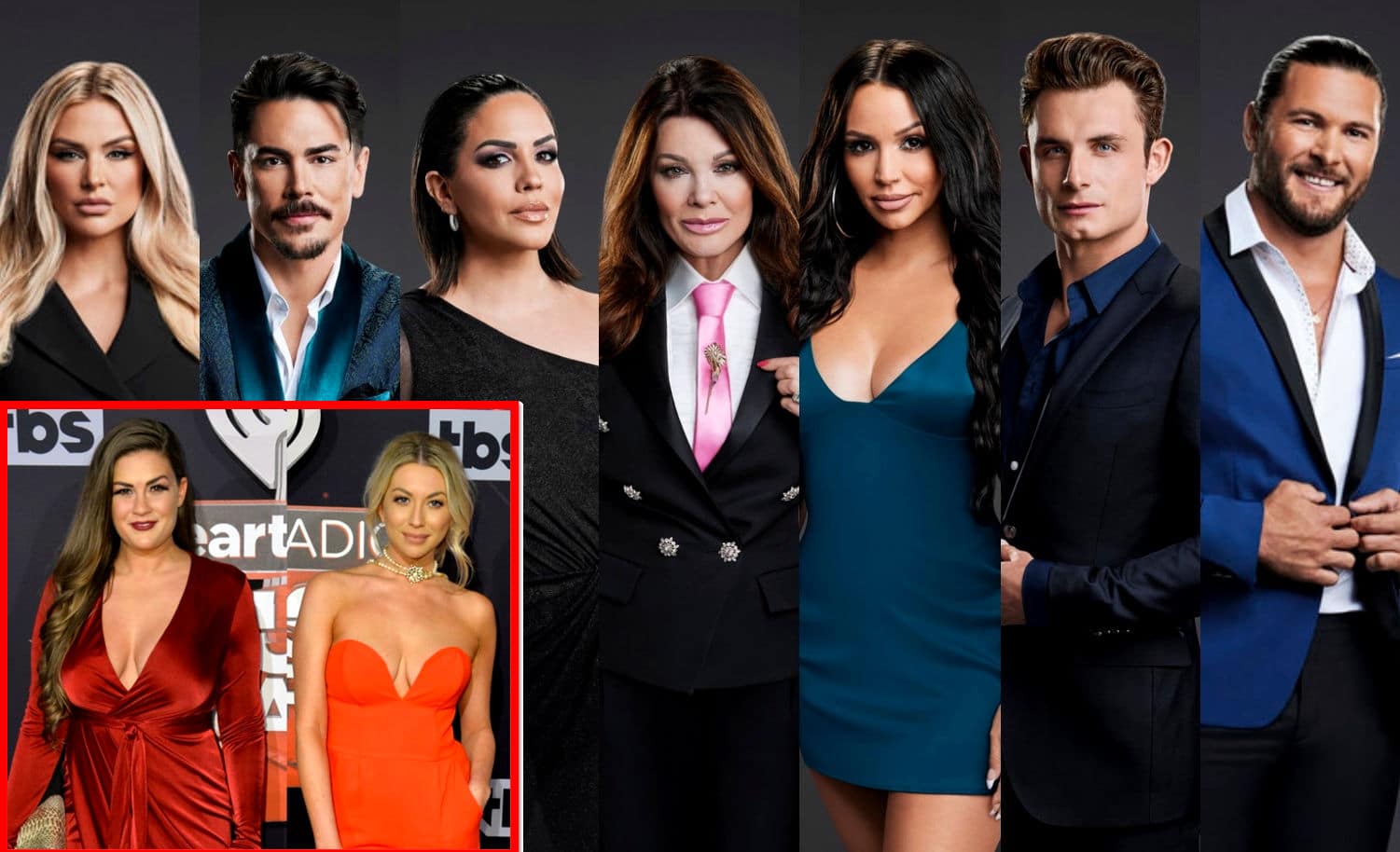 Scheana Shay claims Stassi Schroeder was “shady” for the way she handled her drama with Brittany Cartwright.

Amid production on season 10, Scheana and a number of other members of the Vanderpump Rules cast, including Lala Kent, James Kennedy, and Peter Madrigal, are speaking out about Stassi and Brittany’s feud, which was prompted by Brittany and husband Jax Taylor pulling out of Stassi and Beau Clark‘s wedding at the last minute, leaving the couple with no time to invite other loved ones to their small ceremony in Italy.

“[Stassi] should have more compassion for the situation,” Scheana told Us Weekly, according to a report last month.

According to Scheana, she found Stassi’s antics “shady.” She noted that after Brittany “paid for the plates because she couldn’t make it,” Stassi returned the money, seemingly in response to Brittany discussing the matter on her podcast.

“The point of the podcast, honestly, was for [Stassi] to just understand Brittany’s side more because she wasn’t taking her calls and Brittany messaged her so many times with no response,” Scheana explained. “We didn’t do it maliciously or to talk sh-t.”

In fact, Scheana thought that after hearing Brittany’s interview on her podcast, she’d decide to make amends with her former castmate. And although Lala hadn’t yet heard the podcast, she too was hopeful for a future reconciliation.

“My friends are very respectful in the sense where they’ll talk to me about things, but then I think they realize which I wish they wouldn’t. I’m like, ‘Give me the petty drama because I want that s–t.’ I’m in the heavy type of s–t. I want the light. I think they read the room and I feel like [they realized] ‘This is gonna be very trivial to Lala,’” she explained. “So Brittany is one of my nearest and dearest friends [and] I really hope that at least Stassi and Brittany can get to a good place.”

“I hate that [the show makes our friendships messy]. I’m like, ‘Why can’t we just have normal lives?’” she added. “It’s like, ‘B-tch, because if you were a normal person that didn’t hold onto petty sh-t [then] you wouldn’t have a TV show!’”

Meanwhile, James was far less concerned about whether Stassi and Brittany would make up, telling the outlet, “I don’t care — and you can write that, for the record.”

And as for Peter, he suggested that the handling of the situation was “messed up.”

“Honestly, if you can’t pick up the phone for a two-minute conversation and say, ‘Hey, do you really want to come?’ [If] you can’t do that and you BCC (blind carbon copy) everybody, that’s messed up,” he noted.

Vanderpump Rules season 10 is currently in production and expected to begin airing on Bravo later this year or early next year.