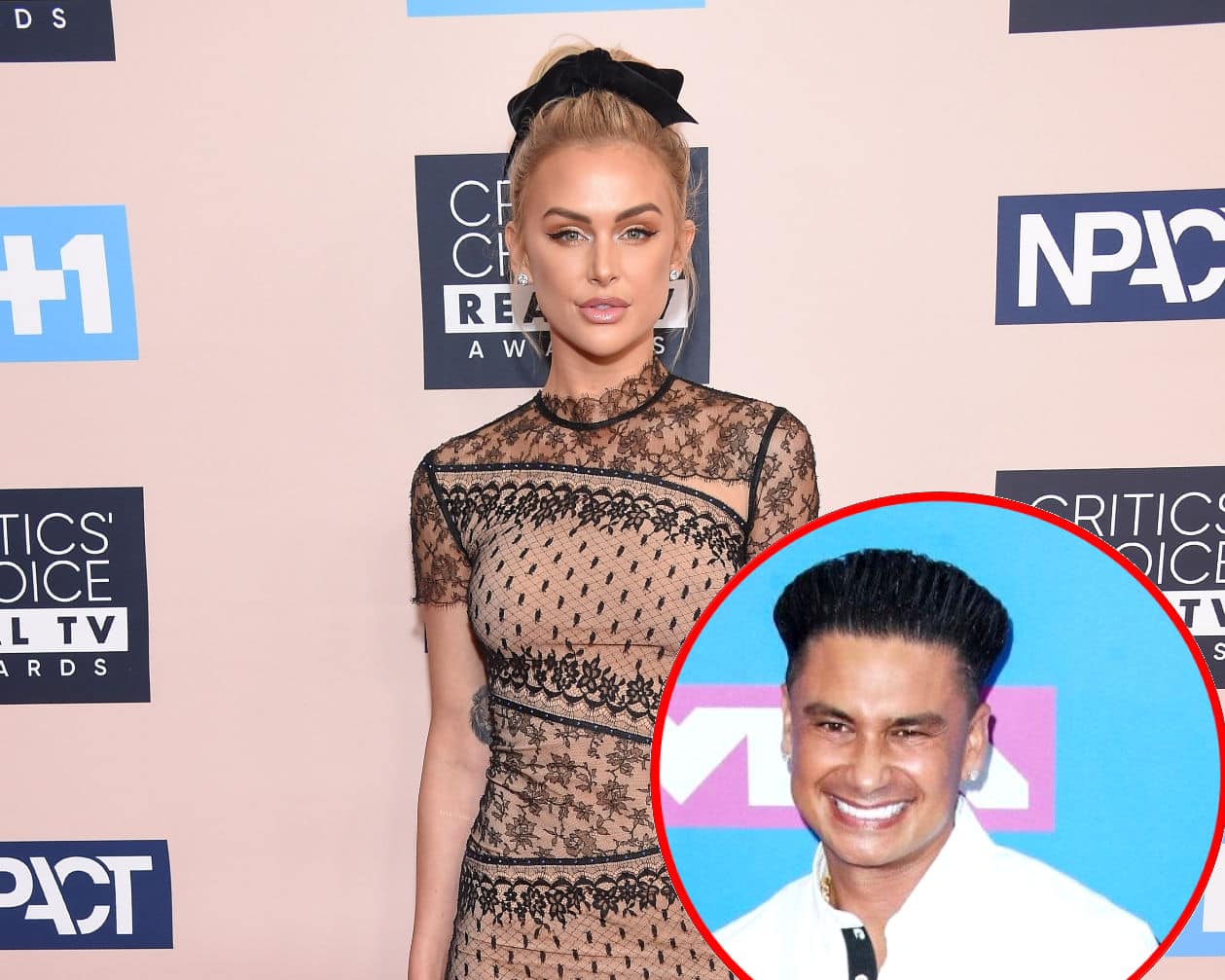 Lala Kent opened up about her custody situation with Randall Emmett on the latest episode of her podcast.

Nearly a year after their relationship imploded on the heels of photos of Randall with other women in Tennessee, the Vanderpump Rules cast member revealed how their daughter, one-year-old Ocean Kent Emmett, has adjusted to her split family while also looking back at her season nine drama with Brock Davies and explaining her attraction to fellow reality star Paul “DJ Pauly D” Delvecchio.

“Ocean has always been kind of on my schedule,” Lala began on the August 23 episode of Give Them Lala. “There are days where it’s like, we’re home, and she gets a nap in, like a regular schedule, and other days I’m like, ‘You have to take a nap on the beach because it’s party time or you’re not gonna get a nap.’”

As Lala explained, her situation is much different than most because Ocean is “bounced back and forth” between her apartment and Randall’s Bel Air home.

“She’s constantly seeing new faces. It’s like, I don’t want to say chaotic, but she’s kind of has had to adjust from the age of seven months,” Lala continued. “She goes over to the other house. She’s got different bottles… everything is different. So she kind of is just very flexible.”

Despite the challenges, Lala hopes she and Randall can focus on what’s best for Ocean.

“You want to think everything is cookie cutter but at the end of the day, take all the sh-t out of it with both parents, what is going to benefit these kids so they can go out into the world and not have years and hundreds of thousands of dollars worth of f-cking therapy to get over the trauma the parents have caused?” she noted.

During the episode, Lala welcomed Brock as her guest. And, after feuding for months, she revealed that the two of them are now friends (Lala attended his and Scheana Shay‘s wedding last week).

“I’ve had the luxury of getting to know you over the past eight months, 10 months, and you are, number one let’s talk about the cooking: so bomb. Crepes, burgers… So that stole my heart, as well as seeing him with his daughter [Summer Moon Honey Davies], seeing him with Scheana,” she explained to listeners.

“I would’ve pulled her aside and asked her, ‘Are you good? Do you know about this stuff?’ I would’ve done it just differently,” she shared. “I don’t want to say I wish I wouldn’t have brought it up, especially now with the situation I’m in. Like, I used to be protective of women. I’m beyond protective of women now. So I think had it happened after my situation I would’ve been much more delicate. And I would’ve probably brought Brock into the situation as well, to say, ‘I’m concerned about my friend. Even though you don’t owe me anything, just give me peace of mind for my friend.’ Instead it was more aggressive.”

“And unfortunately, when the camera’s are up, they kind of encourage that.” Brock replied. “They’re not gonna be like, ‘Hey, you should have a side conversation.’ You kinda feel like, ‘Well, I gotta tell you how I fell cuz other people feel like this.’ And that’s the trouble when cameras go up sometimes. And I realize that after watching.”

But it’s all water under the bridge now. And when it comes to Brock and Scheana’s marriage, Lala had all good things to say.

“I’m so happy for them. You know how I feel about marriage in general but… There’s just nothing sweeter than two people acknowledging the love they have and making a commitment before God,” she noted.

As for her Jersey Shore crush, Pauly D, Lala confessed to wanting to “smoosh” back in the day.

“[Vinny Guadagnino]’s very sweet, but I think Pauly D from the Jersey Shore is so funny. The hair makes it. Him walking around saying ‘Cabs are here,’ and ’T-shirt time,’ the whole thing is like, everything’s working for me,” Lala revealed. “I don’t know why but it’s working for me.”

Vanderpump Rules season 10 is currently filming and expected to premiere on Bravo in early 2023.