Vanderpump Rules’ Scheana Shay Addresses Tom’s Alleged Hookup With Raquel After She’s Blamed for Romance, Reveals What She Saw, and Gushes Over Wedding 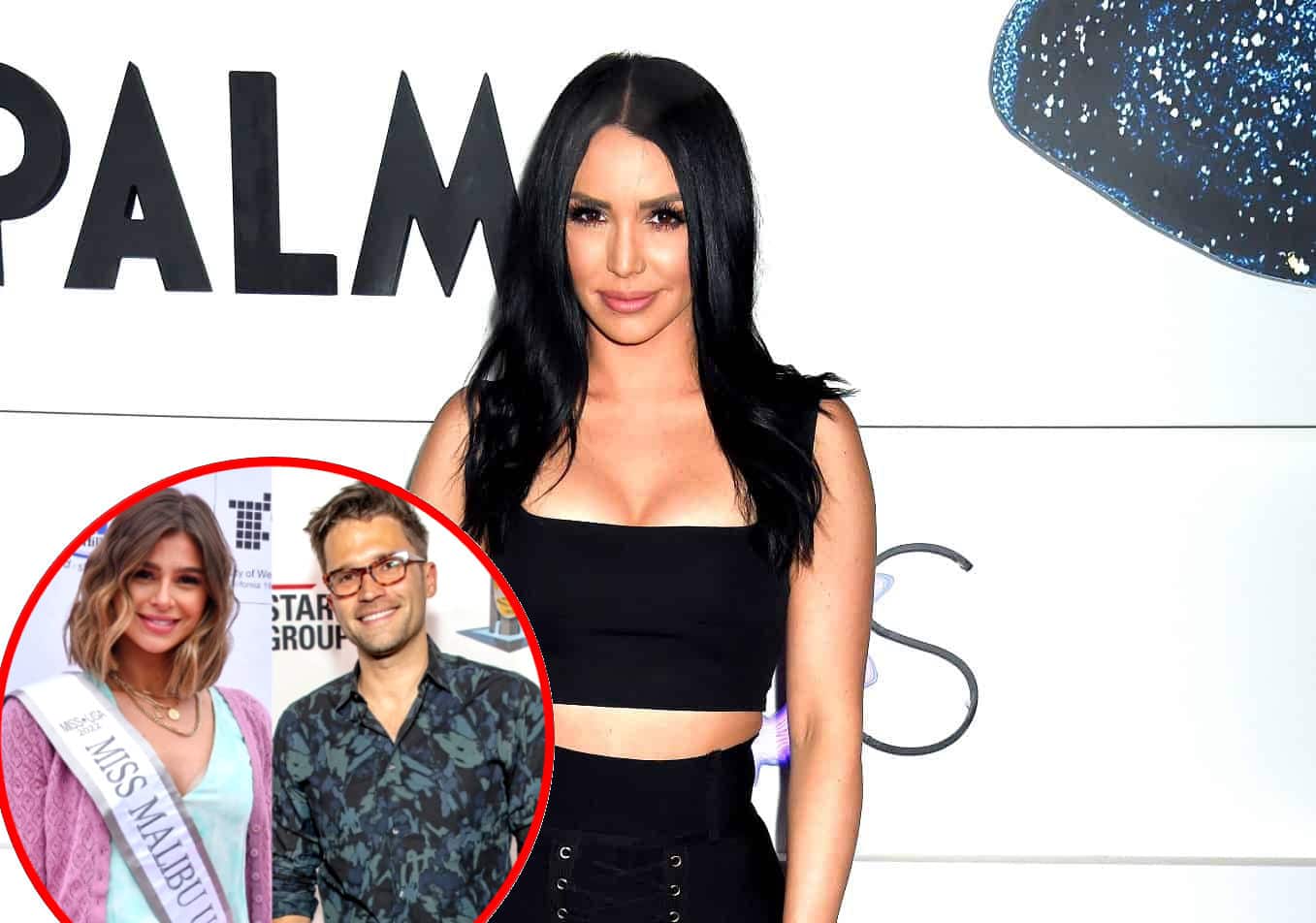 Scheana Shay is finally addressing the ongoing rumors suggesting Tom Schwartz and Raquel Leviss made out during her and Brock Davies‘ wedding trip in Mexico — and potentially did even more.

In her first post-wedding interview on Thursday, the Vanderpump Rules cast member revealed if she saw anything happening between her co-stars after reportedly being blamed for connecting the two of them by Tom’s estranged wife, Katie Maloney.

“I personally did not see anyone else make out,” Scheana confirmed to E! News‘ The Daily Pop on September 1. “I heard.”

So what did she see them doing? “Talking,” she shared.

“I did not see anything further than that, but I heard,” Scheana added.

Although Tom and Raquel have maintained silence amid the swirling reports, the allegedly blooming romance between them has supposedly caused “tension” between Tom and Katie, who were previously vocal about their super-friendly divorce proceedings, and between Katie and Scheana, who Katie reportedly blames for their potential rendezvous.

“Katie is mad at Scheana because she believes Scheana is responsible for Raquel and Schwartz hooking up,” an insider told Page Six earlier this week. “Who was going to make the first move? Katie thinks Scheana’s encouragement gave Raquel and Schwartz the green light to explore a connection.”

Katie has also experienced tension with Brock, who told a fan on Instagram days ago that she was disinvited from his and Scheana’s wedding.

“She was disinvited and rocked up anyway for a girls trip,” Brock alleged.

But in response, Katie said, “I’m enjoying all the untruths.”

After saying on The Daily Pop that she doesn’t “have to” invite the full cast and noting that “almost everyone came,” Scheana gushed over her big day.

“Everything was perfect,” Scheana said. “It was a dream come true.”

She also revealed that a rainbow appeared in the sky before she walked down the aisle, despite the fact that there was no rainbow in sight.

“For my rainbow baby, she walked down the aisle,” Scheana shared of her 16-month-old daughter Summer Moon. “It was crazy.”

Vanderpump Rules season 10 is currently in production and expected to premiere on Bravo sometime in early 2023.