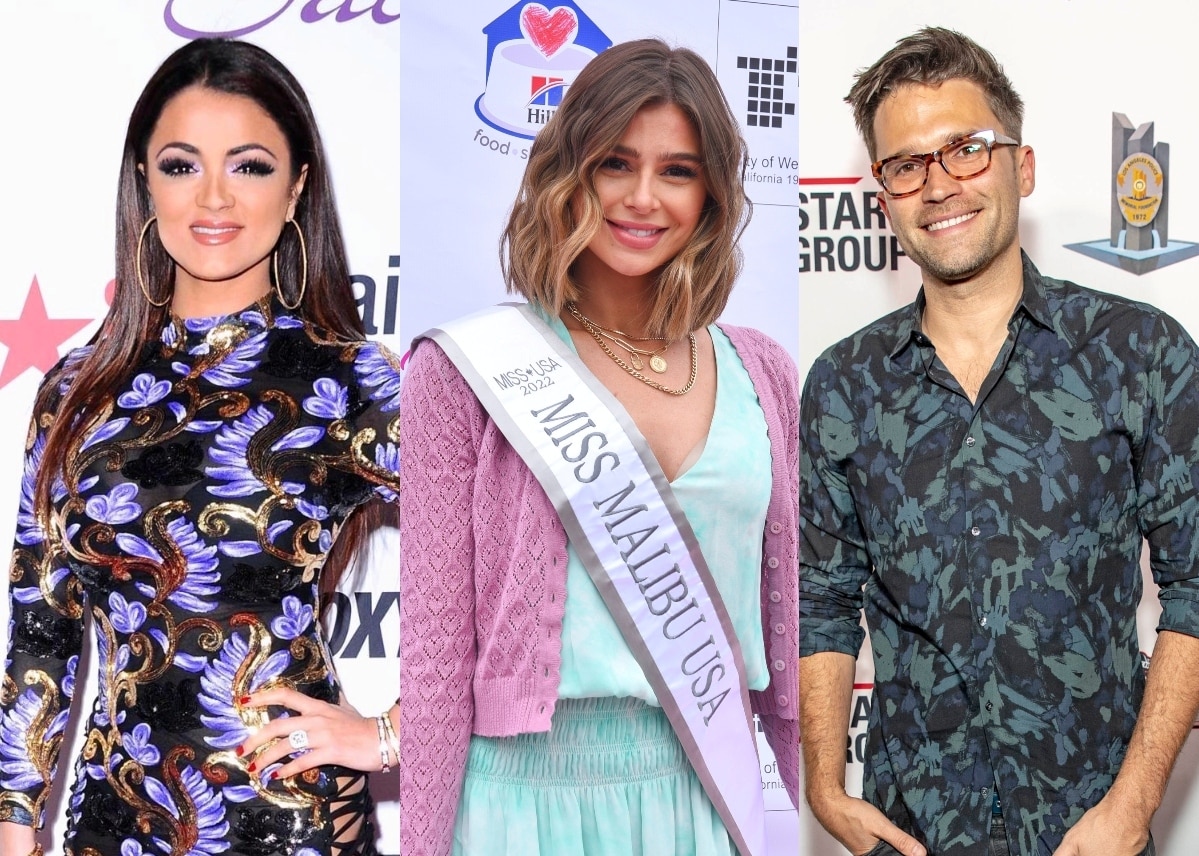 Although the Vanderpump Rules stars were believed to have struck up a romance while in Mexico for Scheana Shay and Brock Davies‘ wedding, about nine months after Raquel’s engagement to James Kennedy ended, GG has seemingly taken issue with Tom’s interest in the model.

After coming across a Reality Blurb post on Instagram, in which it was noted that Tom and Raquel had allegedly gotten “cozy” in Cancun, GG offered a comment.

“And here they are worried about me minding their friend’s business. At least I’m not hooking up with my friend’s ex’s. OK, bye,” GG wrote, seemingly giving a nod to her past feud with Lala Kent as she mentioned Tom’s friendship with James, who has been dating girlfriend Ally Lewber since early this year. 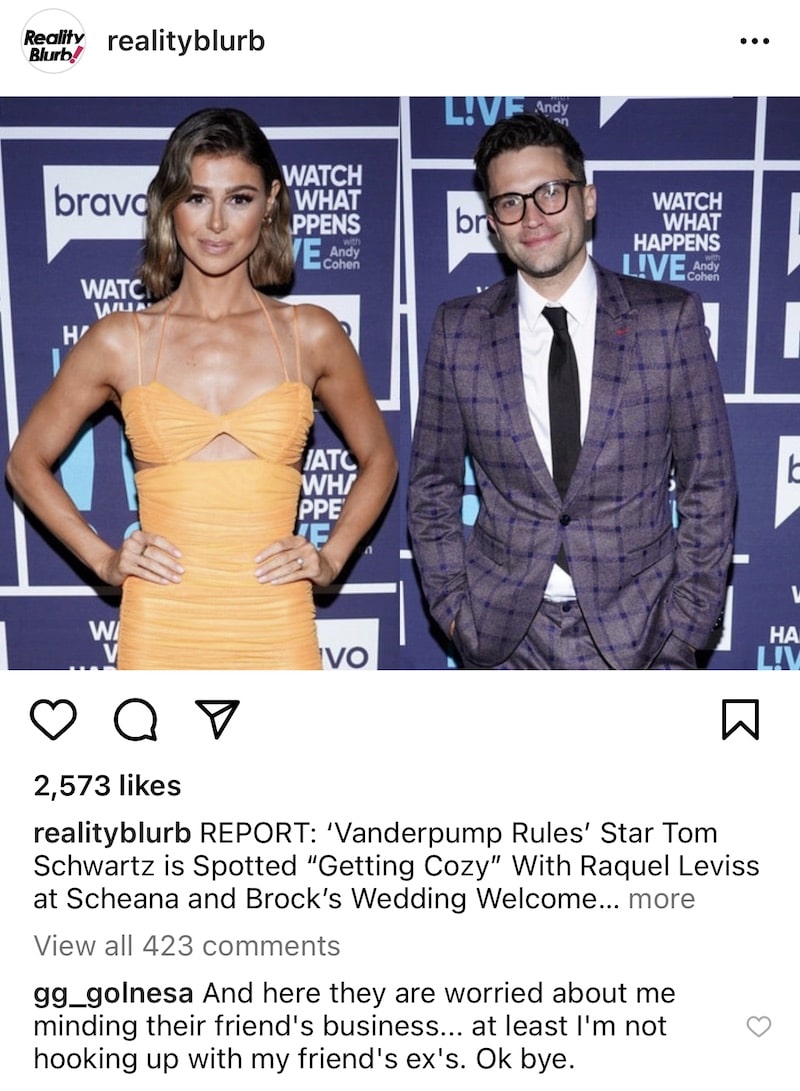 As Pump Rules fans will recall, GG sparked a feud with Lala at the end of last year when she told her to stop trash-talking her ex-fiance, Randall Emmett, who is also the father of her one-year-old daughter, Ocean Kent Emmett.

“Walk away and stop complaining unless you’re ready to take accountability for choosing to stay after the first ‘red flag’ because all of this press/media sh*t ain’t cute when it’s about the father of your child,” GG said at the time.

Then, weeks later, while appearing on Watch What Happens Live, Lala slammed GG’s comments as “inappropriate.”

“She knows nothing about what’s going on and how deep and disgusting everything is and I just thought as someone who is a single mom, I would think you would take a pause and have compassion,” she noted.

And amid their drama, Katie Maloney, Tom’s now-estranged wife, came to Lala’s defense, telling her during an interview with Page Six, “You don’t really know what you’re saying here.”

“She can handle this however she wants to handle it,” Katie continued. “Why [is GG] publicly speaking on something that has nothing to do with [her]? It’s a little weird to me.”

Vanderpump Rules season 10 is in the midst of production and expected to begin airing on Bravo sometime early next year.