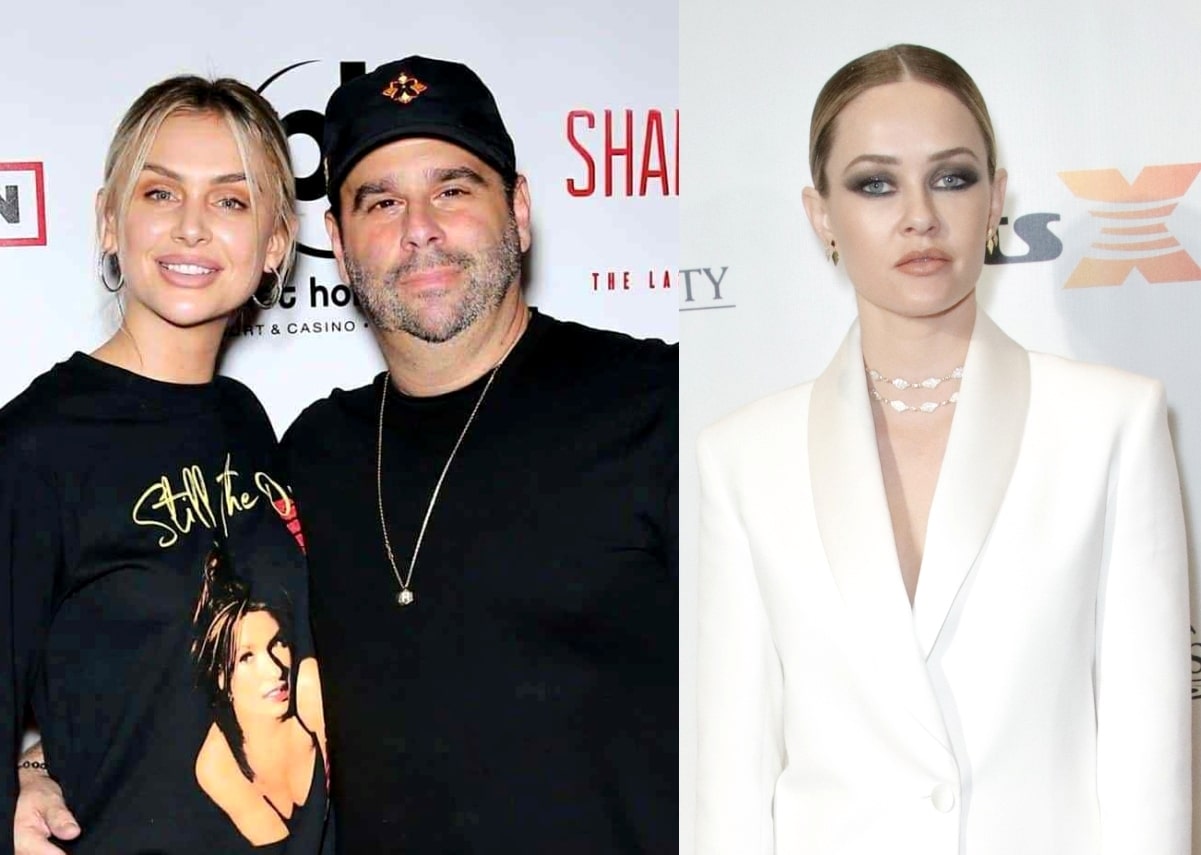 Randall Emmett and Lala Kent‘s daughter, Ocean Kent Emmett, is “getting love from everyone” on her birthday, including Randall’s ex-wife, Ambyr Childers.

Following Ocean’s weekend bash at Jax Taylor and Brittany Cartwright‘s house, which was attended by many of Lala’s current and past Vanderpump Rules cast mates, the film producer took to his Instagram page, where he honored his baby girl with a couple of sweet posts before sharing video of the child with Ambyr and the two daughters they share.

“Your my [heart]. I love you Ocean,” Randall wrote in the caption of a March 15 post. “I am so grateful to be your father, the love you give me is a love that is indescribable. You London and Rylee will always be my greatest blessing. Happy first birthday my angel.” 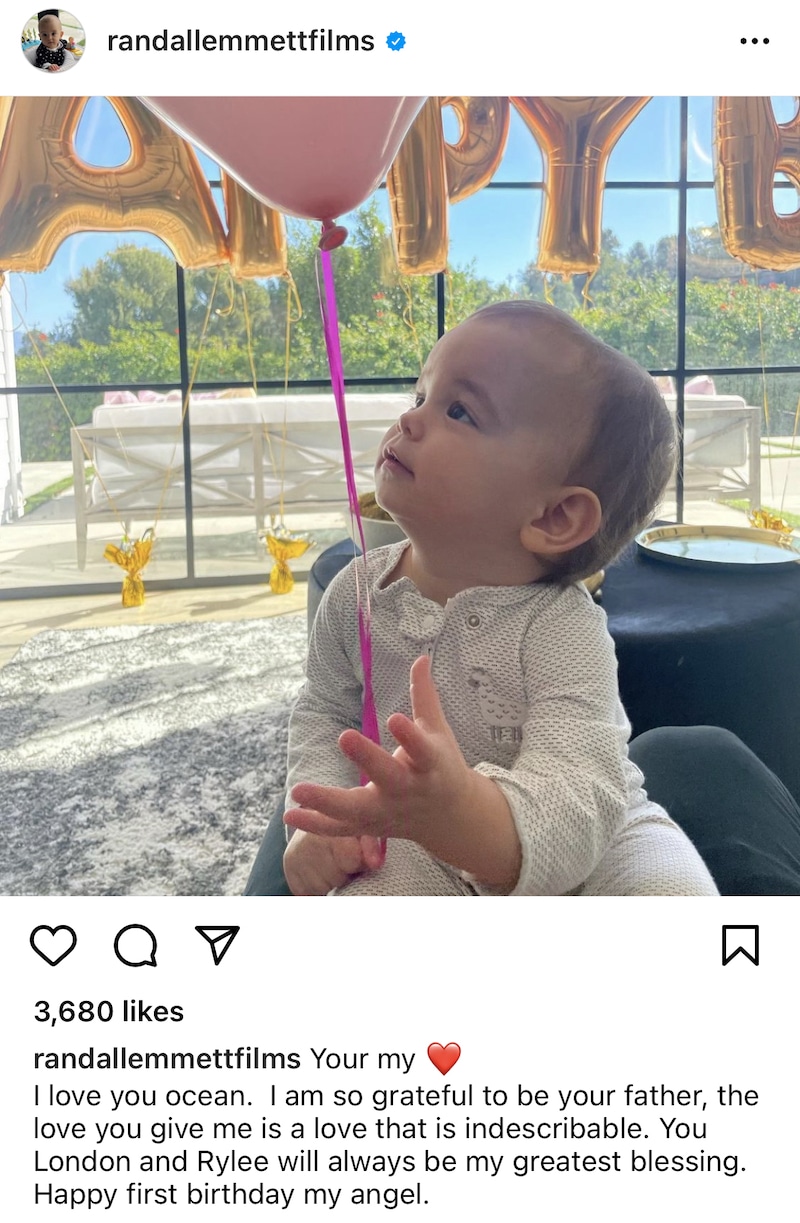 In another post, which featured an adorable video of Ocean playing with one of her many balloons, Randall added, “Happy Birthday Ocean… 1 year today,” along with a red heart emoji.

Randall also shared posts on his Instagram Story, one of which seemed to be a bit controversial, considering Ambyr’s troubled past with Lala.

“Ocean getting love from everyone,” read the caption of a video shared by Randall of Ambyr holding the one-year-old in her lap as she showed her several toys. 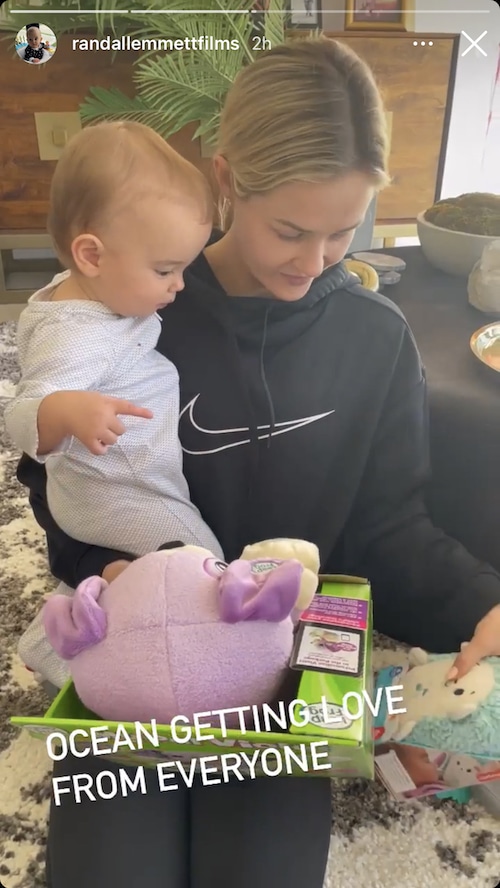 As Pump Rules fans well know, Lala and Ambyr feuded heavily when Lala first began dating Randall. And, in the years that followed, they engaged in a number of social media spats.

Ocean was also seen hanging out with her older sisters, London and Rylee, who presented her with gifts and enjoyed cupcakes. 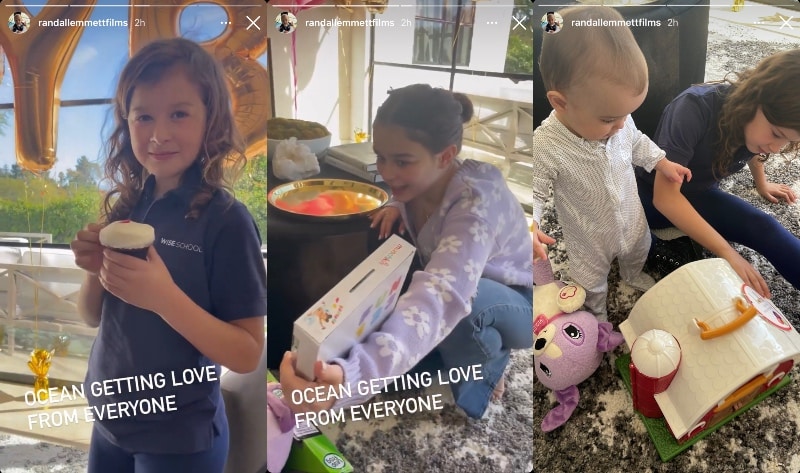 Although Lala and Ambyr haven’t always gotten along, Lala did offer an olive branch to the actress earlier this year after attending the same party in Los Angeles.

“It’s all too good,” Lala wrote in the caption of a video shared to her Instagram Story of Ambyr wearing a black two-piece outfit on the red carpet at Sports Illustrated’s Super Bowl party.

Lala also recently shared an update on her relationship with Randall’s older daughters. While speaking to listeners of her podcast, Give Them Lala, in February, Lala confirmed she is no longer in touch with the girls.

“The whole situation is sad and I just feel like I don’t want to talk about it. It’s complicated,” she revealed.