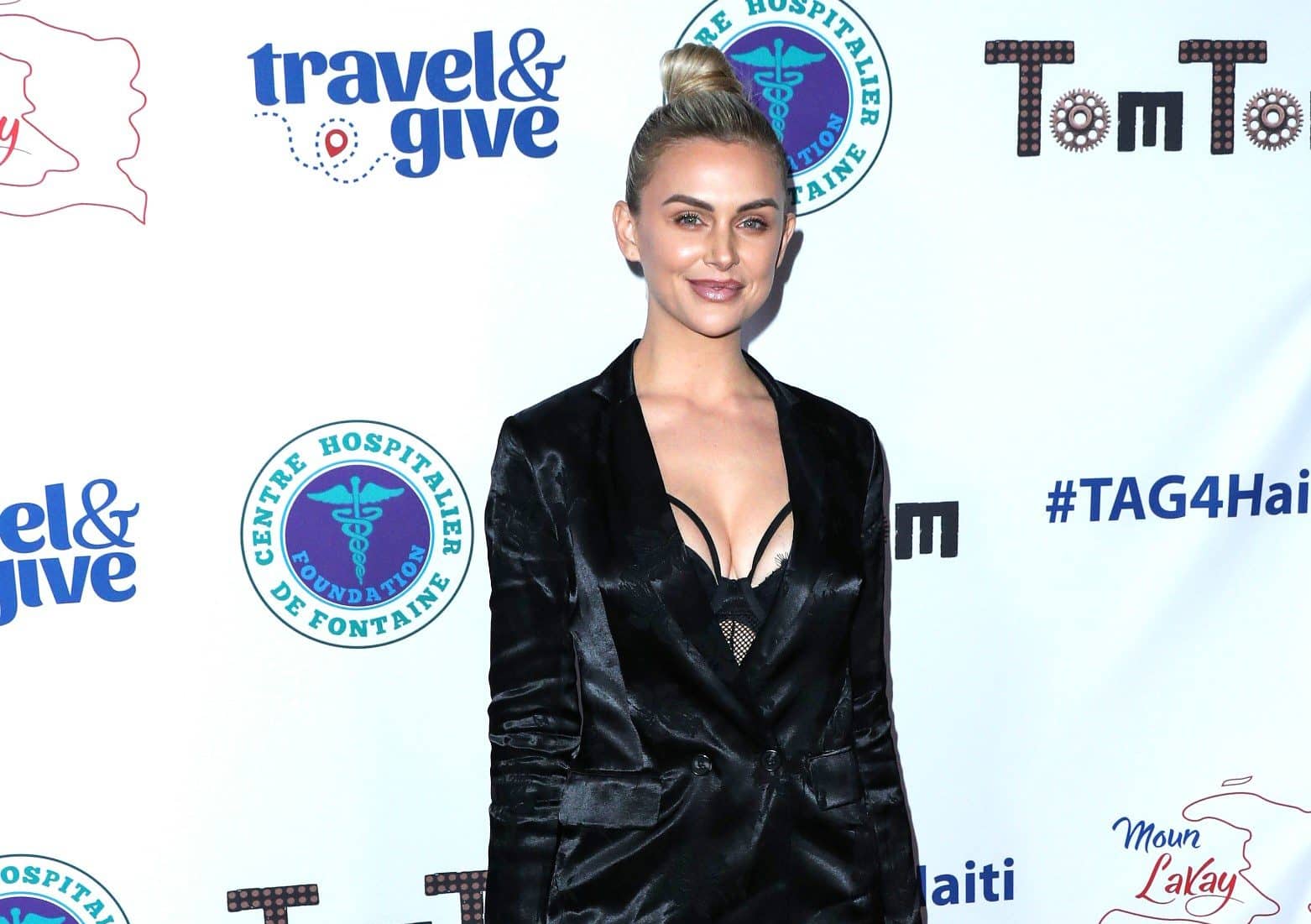 Lala Kent threw her one-year-old daughter, Ocean Kent Emmett, an over-the-top, Give Me Ocean-themed birthday party over the weekend. And as expected, several of her past and present Vanderpump Rules co-stars were in attendance.

In one photo taken inside of the event, which was held at Jax and Brittany’s $1.9 million home in the Valley Village neighborhood of Los Angeles, where a number of Pump Rules personalities reside, a stunning, three-tiered cake with a large shell, pearls, and a starfish was seen. 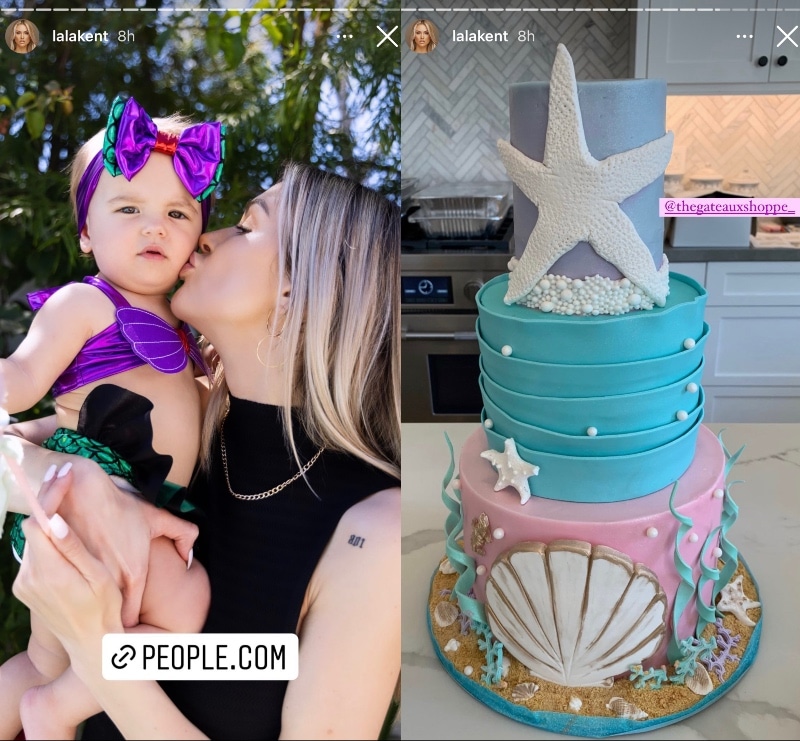 Outside, in the front yard, a couple of ballon arches, a bouncy house, and a large ball pit were seen. 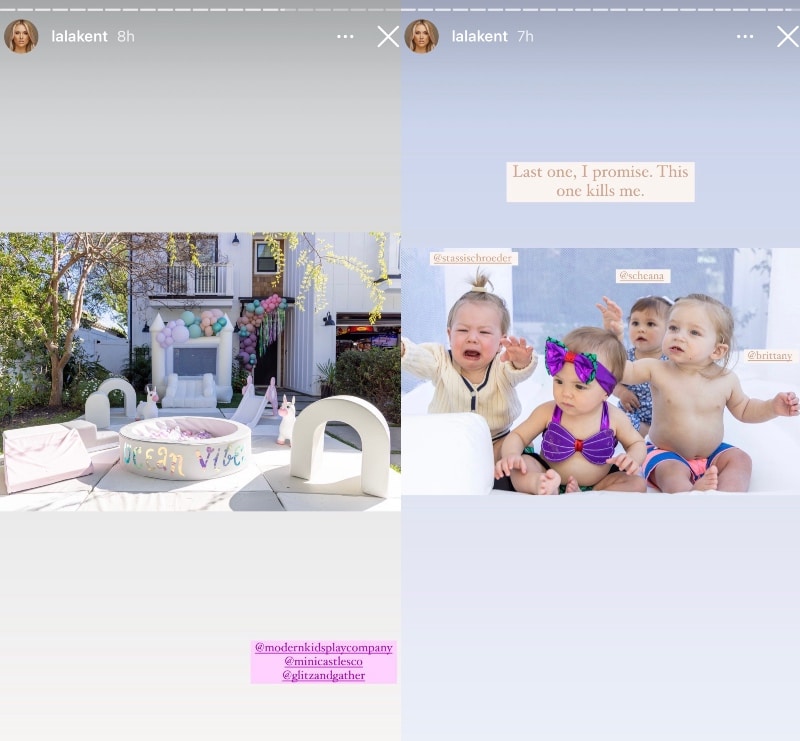 Meanwhile, in the backyard, a giant “Ocean Vibes” display was seen, as were a number of merchandise stands. One of the stands was labeled “Give Them Ocean,” and another said “Ocean’s Sea-Merch-In.” 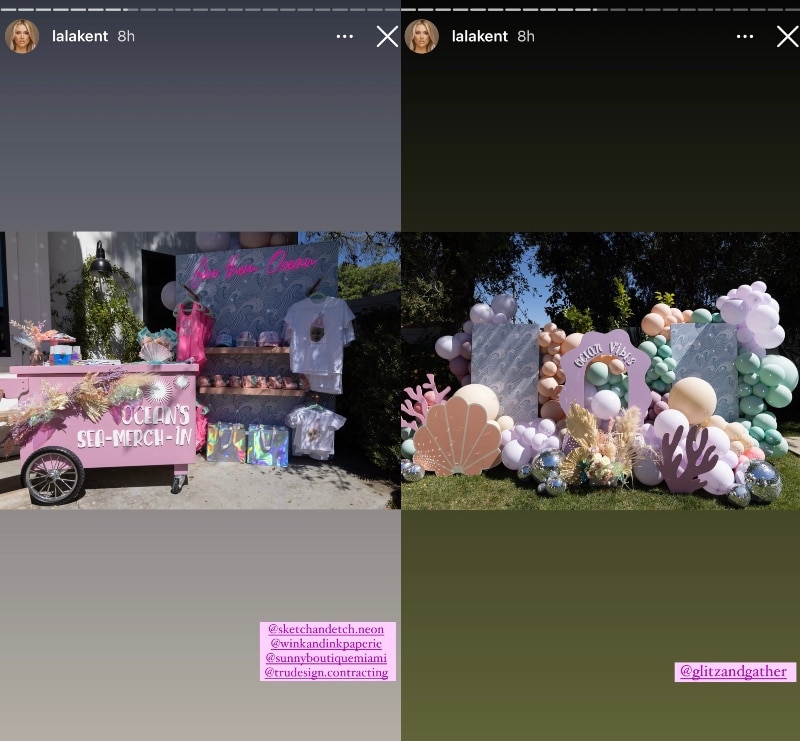 In addition to the over-the-top decor at Ocean’s birthday party, there was also a ton of tasty treats, including macarons with Ocean’s face on them, “X and O” gummies, and sea-themed cookies. 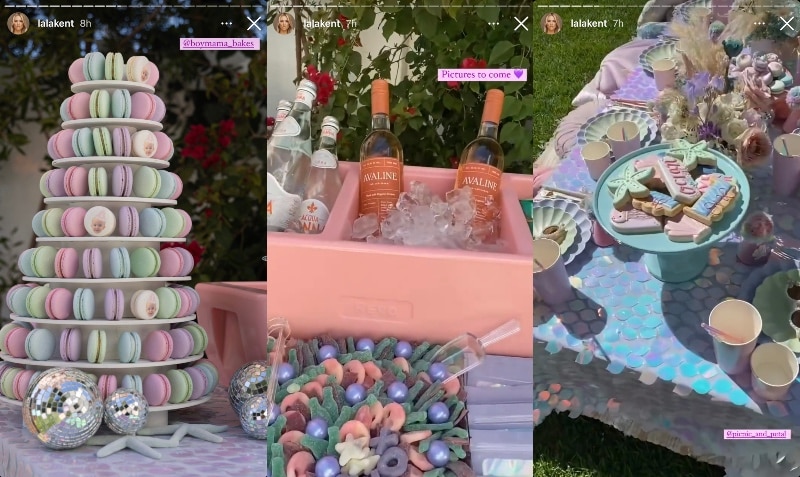 Ocean was certainly a running theme at the party, and her face, as well as a “1” birthday hat, was seen on a number of items, including bottle koozies and T-shirts.

At the event table, which was situated low to the ground, were numerous shell-shaped pillows and other plush items used for seating. 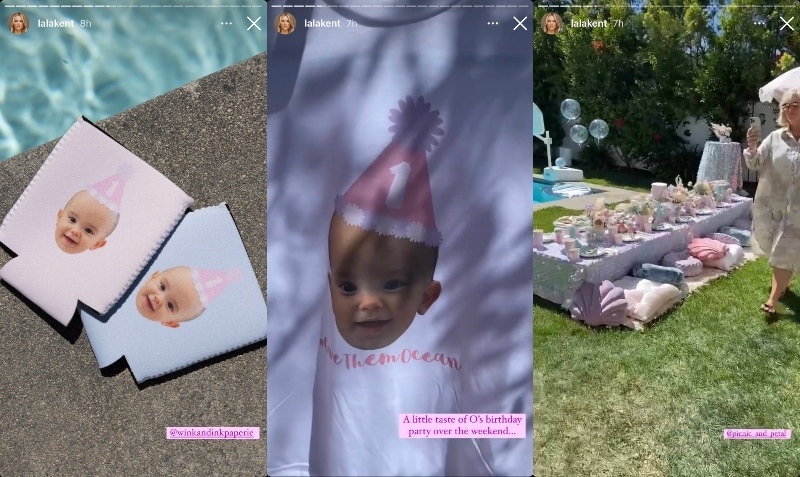 As Pump Rules fans well know, Lala and Ocean’s father, producer Randall Emmett, called it quits on their years-long romance and three-year engagement in October 2021 after Lala allegedly uncovered proof of his cheating.

On Instagram earlier this month, Lala opened up about Randall’s supposed infidelity, claiming he began dating his reported 23-year-old girlfriend in March of last year as she prepared to give birth to their baby girl.

“I was alone during most of my pregnancy and for the first [seven] months of her life, until the mask fell and I saw who he really was. He started a relationship with a 23-year-old in March of 2021- the month I gave birth. They ‘traveled’ together while I was home with Ocean, and working on my brand,” Lala revealed at the time.

Bravo has not yet confirmed plans for a 10th season of Vanderpump Rules.