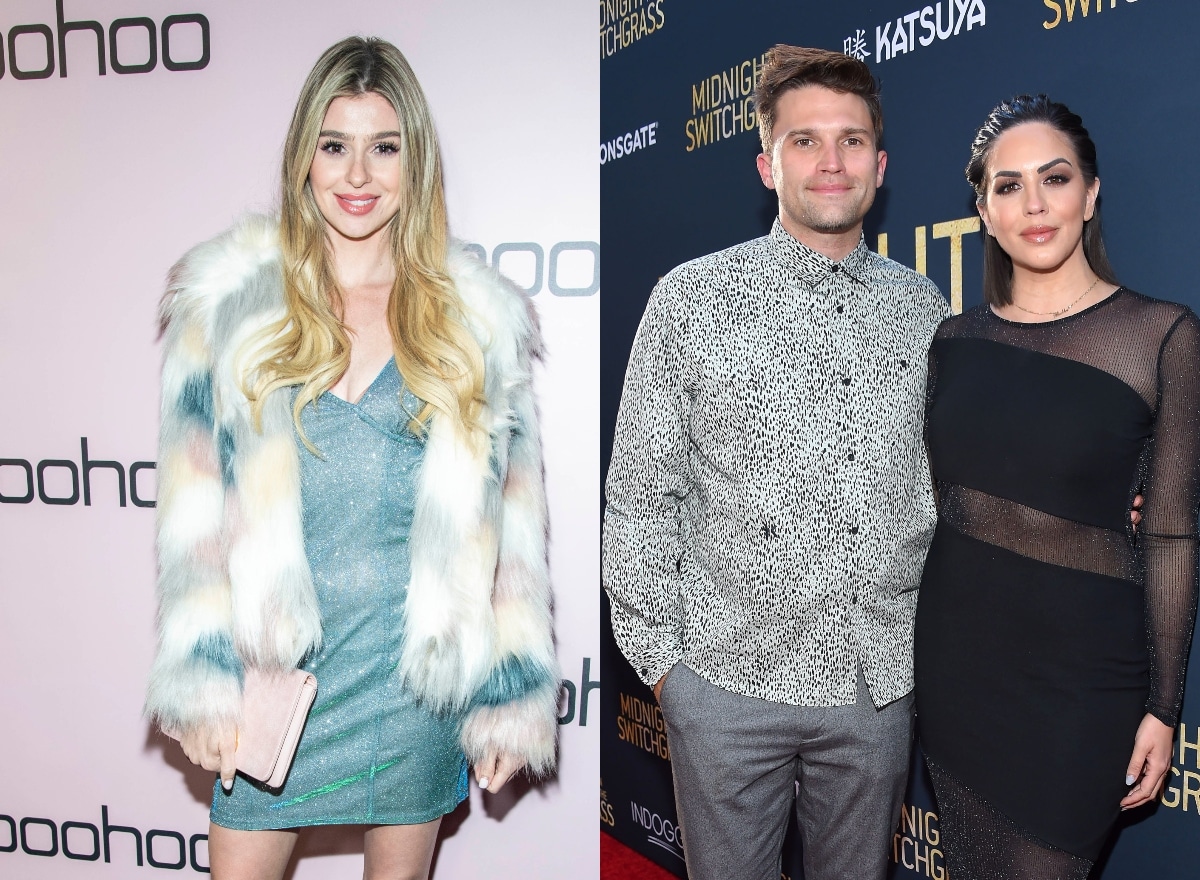 Katie Maloney may not be happy about the alleged hookup that occurred between her estranged husband, Tom Schwartz, and their Vanderpump Rules co-star, Raquel Leviss, last month in Mexico. But, according to a new report, Raquel is unconcerned with her potential ill feelings towards their rumored fling.

Weeks after Tom and Raquel reportedly “made out” — or possibly “more” — while attending the Cancun wedding of Scheana Shay and Brock Davies, an insider claims Raquel doesn’t regret the time she spent with Tom in Mexico because she has no real friendship with his soon-to-be-ex-wife.

“[Raquel] and Katie aren’t close. If they were, she wouldn’t have hooked up with Tom. She has no regrets,” a source told Us Weekly on September 6. “Katie is the one who made the decision to divorce Tom. Whatever he does with another girl is none of her business, friends believe.”

At the time of Tom and Raquel’s rumored rendezvous in Mexico, an insider told the outlet that the Pump Rules cast members reportedly did “some heavy drinking” and noted that they had heard “through the grapevine” that “more happened” between the pair than their supposed kiss.

And while they may have just been “having fun in the moment,” Katie shared a photo of herself looking quite annoyed at the ongoing rumors on her Instagram Story, saying she was “so happy to be home” from her trip to Mexico.

“My face says it all but for real … back in my safe place feels gooooood,” she wrote.

Weeks before Tom and Raquel, who split from former fiancé James Kennedy at the end of last year, were believed to have hooked up, he appeared on Scheana’s podcast, Scheananigans, where he admitted to overlooking his castmate and said Raquel is “cool as sh-t.”

“Raquel is, she was always cool… I never really gave her a chance to like, I was in my… She has so much depth and character. I think I wrote her off as maybe… Raquel is like, there is a Raquelessaince,” he gushed.

A short time later, months after his split from Katie, Tom spoke to Page Six, noting that when it came to dating, he was still trying to find his footing.

“I’m sort of relearning how to be single, which is strange,” he said.

Vanderpump Rules season 10 will premiere on Bravo sometime in early 2023.