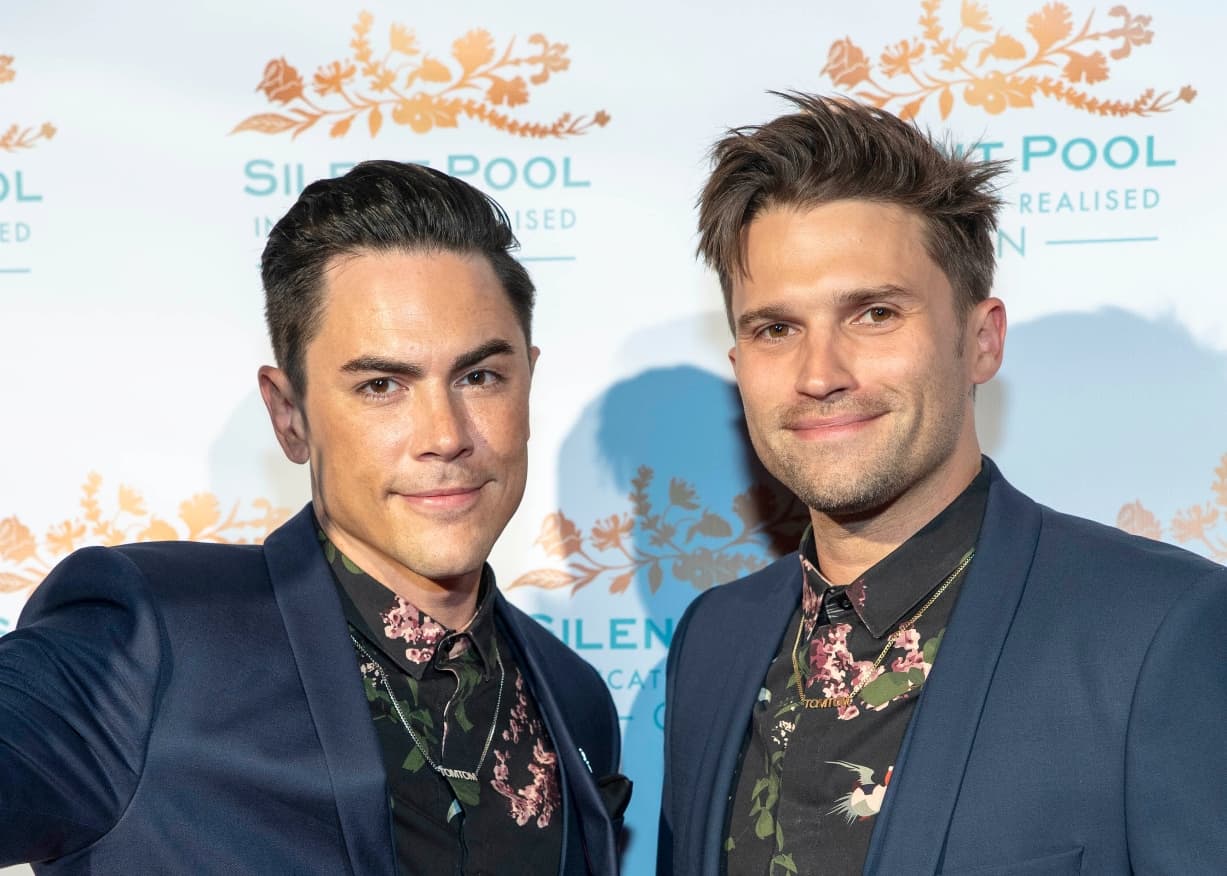 Tom Schwartz and Tom Sandoval‘s friendship was nearly torn apart ahead of the recent soft opening of the new bar, Schwartz & Sandy’s.

While appearing on Vanderpump Rules co-star Scheana Shay‘s podcast at the end of last week, Schwartz opened up about the strain the project put on his relationship with Sandoval before addressing James Kennedy‘s reaction to a rumor claiming he made out with his ex-fiancée, Raquel Leviss, at Coachella.

On the July 22 episode of Scheananigans, Schwartz explained the difference between his and Sandoval’s latest venture and their first project, TomTom, which they co-own with Lisa Vanderpump and Ken Todd.

“TomTom, that’s Nick Alain, that’s Lisa Vanderpump. Of course, me and Tom put our heart and soul in there. Our spirit is in there. But for better or for worse [with Schwartz and Sandy’s], me and Tom were involved in every single decision, hence the reason it took a year and a half to open,” he stated.

“It almost tore our friendship apart. I wish I was being melodramatic but I’m not. It put our friendship to the test,” Schwartz continued. “But we persevered.”

According to Schwartz, he and Sandoval do couple’s therapy “without the therapist.”

“We’re very good at letting the other person talk and just listening… I probably should’ve done that with Katie,” he cryptically added, giving a nod to their split earlier this year.

When he and Sandoval finally hosted a soft opening of their bar, Schwartz was faced with “a mixed bag of emotions.”

“Because opening a bar or restaurant, it’s an all-consuming, ever-demanding, unrelenting process,” he shared. “It takes a village and you have to be dependent on so many other people, which is foreign to me. Every day you’re writing checks to other people… Daunting is not even the word. When you have a budget, and time is money, it will consume every aspect of your life. It’s a f-cking nightmare and a dream come true, all rolled into one.”

Moving on to his Pump Rules castmates, Schwartz admitted that when it came to the rumor about him and Raquel at Coachella, which he didn’t actually attend, James didn’t initially believe that he and Raquel didn’t kiss.

“James definitely did [think it was true]. We’ve had like, five heart-to-hearts over this but honestly, it took like three conversations for him to believe me,” he noted.

Then, after Scheana revealed Raquel recently said she and Schwartz hadn’t made out “yet,” Schwartz was asked if the rumor could one day come true.

“I don’t know what to say. She said that?” he asked. “Raquel is, she was always cool… I never really gave her a chance to like, I was in my… She has so much depth and character. I think I wrote her off as maybe… Raquel is like, there is a Raquelessaince… She is cool as sh-t.”

As he prepares for his groomsman role in Scheana and Brock Davies‘ August wedding in Mexico, Schwartz said he has no preference when it comes to who he’ll walk down the aisle with.

“I love Raquel but no,” he revealed before giving a shoutout to James.

“James has put so much work into himself, professionally and personally. He, I am closer with James than I’ve ever been in my entire life. I used to hate him and then we were kinda friends, tentative friends. Now we text each other and we call each other, which is cool,” he gushed. “By the way, [James’ new girlfriend Ally Lewber]’s amazing too. I love Ally.”

As for when Schwartz & Sandy’s will be open to the public, Schwartz said he and Sandoval will be closed throughout early August as they fine-tune their menu.

“We’re gonna shut down for at least two weeks, maybe three and we’re gonna audition a lot of different things. We’re just getting started. We have so much work to do,” he admitted. “[But] I think it’s a vibe. I love it there.”