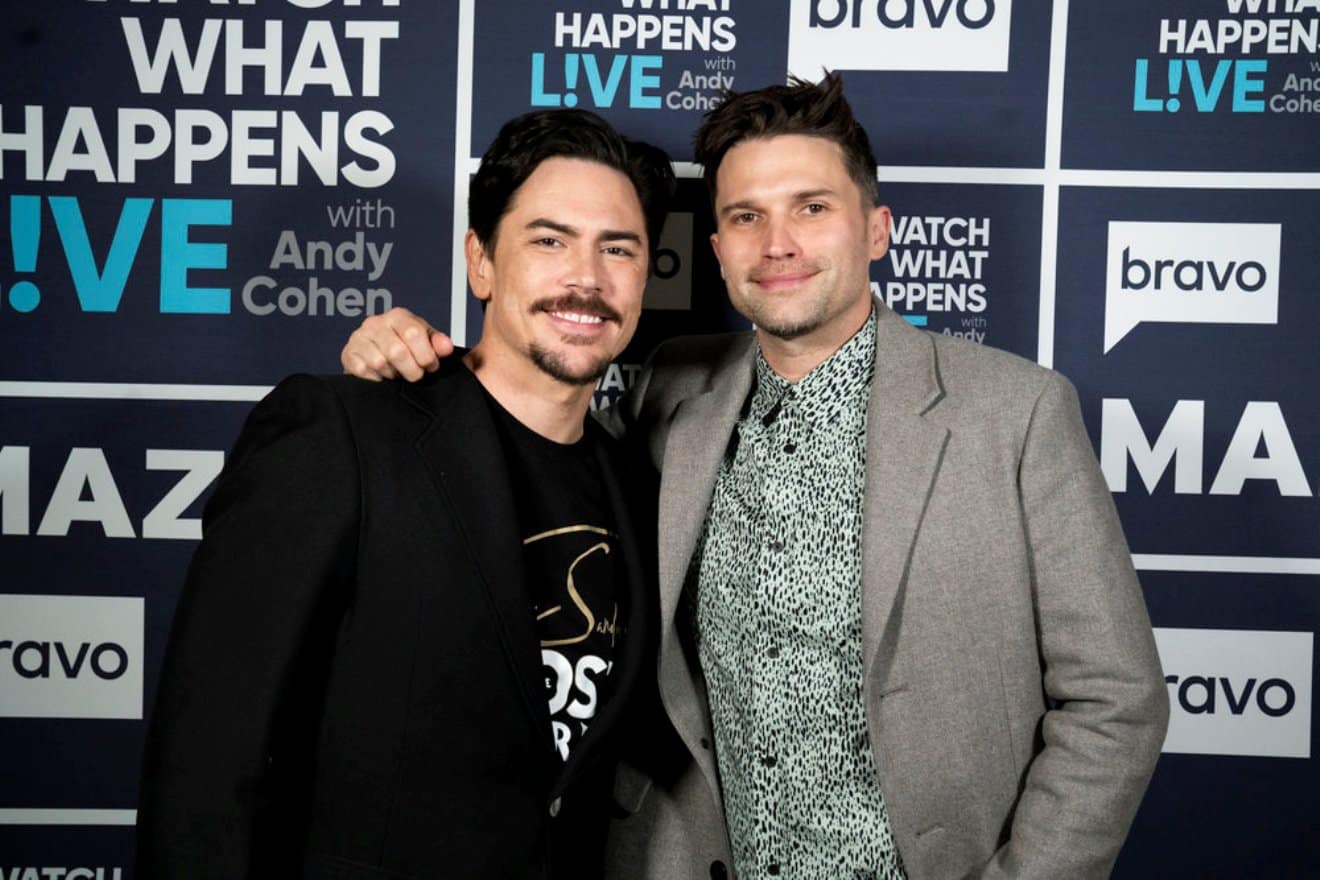 Tom Schwartz and Tom Sandoval appeared on Tuesday night’s Watch What Happens Live, where Schwartz spoke openly about the biggest hardship of their friendship.

After the Vanderpump Rules cast member was asked about the heated confrontation Sandoval had with his wife, Katie Maloney, during which Sandoval suggested he was bringing money into their household, Schwartz admitted that he was extremely hurt by the conversation.

“That was hurtful. The condensation, the patronizing. That hurt. In our 10 years of friendship, that was one of the most hurtful moments,“ Schwartz admitted on the January 19 episode of WWHL.

“It bothered me that after everything we’ve been through, and when COVID happened, I got to work for both of us,” Sandoval replied.

Although Schwartz defended himself, saying that while Sandoval was “dialed in” to their business amid the pandemic, they “do that for each other,” Sandoval said he can’t think of one time that Schwartz brought in work for the two of them.

“I honestly can’t think of one thing,” he alleged, before confessing there was “one” instance.

Amid another segment of WWHL, Sandoval played a game of “Battle of the Bros,” during which host Andy Cohen asked him to choose between Brock Davies and James Kennedy.

“Who plays the victim of their own actions more often than the other?” Andy began.

“Probably James. I think James would be okay with us saying that,” Schwartz suggested.

Andy’s next question was about the “biggest moocher.” And, although Schwartz immediately says, “neither,” Sandoval takes a pause before Andy points out that he spent quite a lot on James’ engagement to Raquel Leviss.

“Okay, so there: James,” Sandoval replied.

Then, when Andy asked who had the better business mindset, Sandoval and Schwartz applauded both Brock and James.

“James has been traveling around,” Sandoval revealed. “I think they both have a great business mindset.”