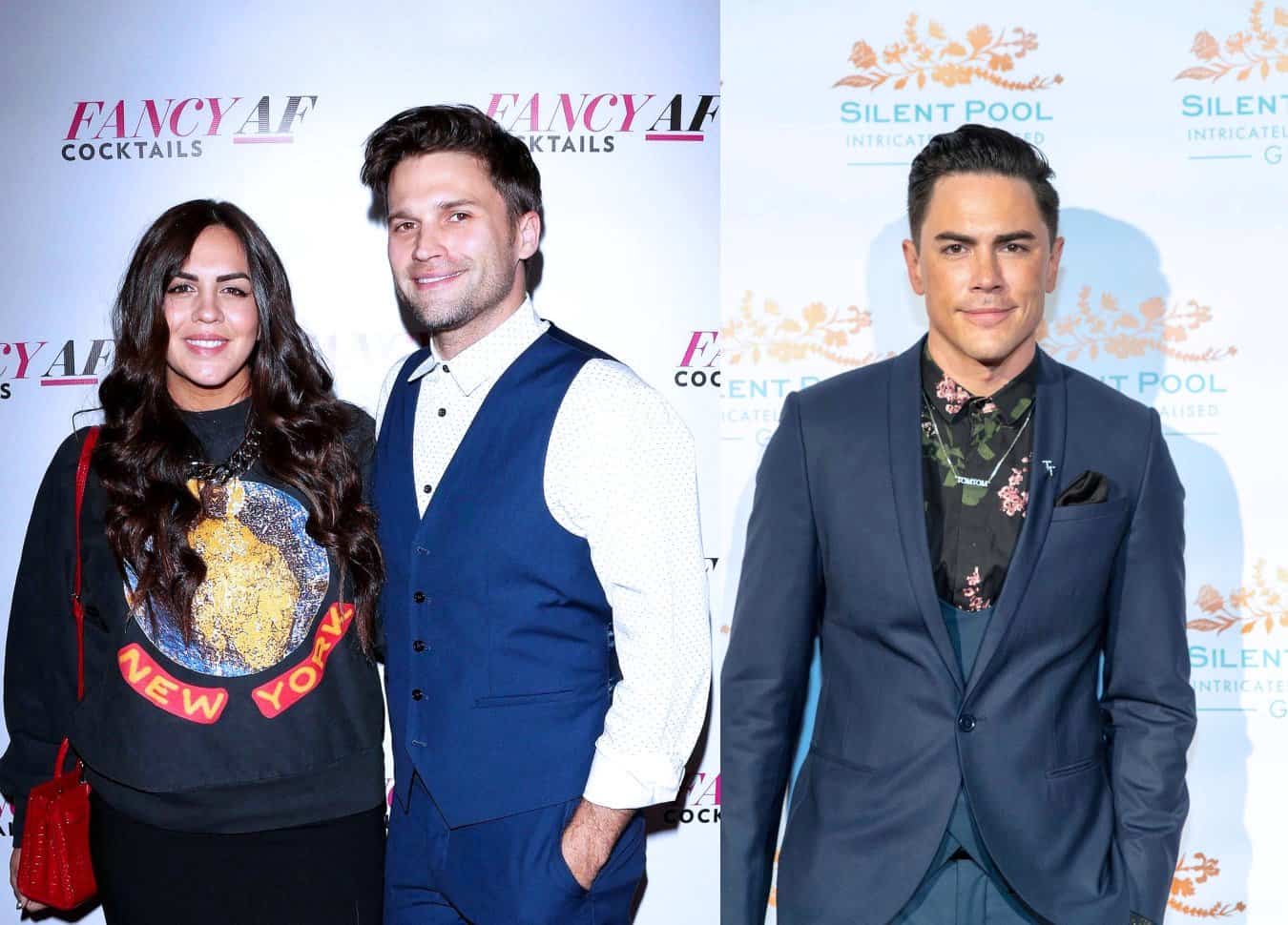 Tom Schwartz missed his scheduled appearance on Tuesday night’s Watch What Happens Live due to a “family emergency.”

Following the latest episode of Vanderpump Rules, which featured a “breakup” between Schwartz and his longtime friend, business partner, and co-star, Tom Sandoval, Katie Maloney appeared on Andy Cohen‘s late-night talk show with Scheana Shay and Brock Davies, where she addressed the recent happenings of the series.

“We wish that Schwartz could be here too, but he had a family emergency and he is with them tonight, so we are sending our love always to him,” Andy explained at the start of the show.

As Pump Rules fans have seen throughout season nine, things between Katie and Sandoval got extremely tense as he and Schwartz prepared to open their new bar, Schwartz and Sandy’s. And, on last night’s show, the two of them were involved in a screaming match at TomTom, during which Sandoval informed Katie that he’s been working his butt off to bring money into her and Schwartz’s household.

“Without Schwartz, there would be no Tom and Tom,” Katie pointed out on the December 14 episode of WWHL. “So you can’t take credit when there’s two people in a duo… I just think if it’s a duo, it takes two.”

Scheana also shared, “Tom and Tom have the same manager so I feel like their mutual manager is the one who brings the money into both their houses.”

After noting that Scheana’s thoughts about Sandoval and Schwartz’s finances were “true,” Katie admitted to having similar concerns about the bar to that of Lisa Vanderpump, who said she was worried it would not be opened on time.

“I don’t disagree because it’s just been a long time of, you know, and it’s not all their fault. There’s been some roadblocks and some obstacles that they didn’t see coming. But she would know best,” Katie explained.

During Tuesday’s episode, fans watched as Sandoval and Schwartz decided to take some time apart. And looking back, Katie said the “split” was “melodramatic” and “love sick.”

“I was surprised by that as well,” Scheana replied. “They’re so, you know, inseparable, but I think they needed to focus on themselves, individually, and Brock enjoyed the extra time he got with Sandoval.”

Equally shocking to each of the WWHL guests was James Kennedy‘s split from Raquel Leviss, which happened earlier this month — just one day before the Pump Rules reunion was filmed.

“I was shocked. Honestly. I felt… I got a little tear, a little misty-eyed,” Katie said of the breakup.

“We were completely shocked. I had no idea. We’ve been so close with them and there was just no mention of trouble in paradise,” Scheana agreed.

As for Scheana’s fiancé, Brock, he added, “It was definitely a shock because that’s what we saw them as, as a couple.”