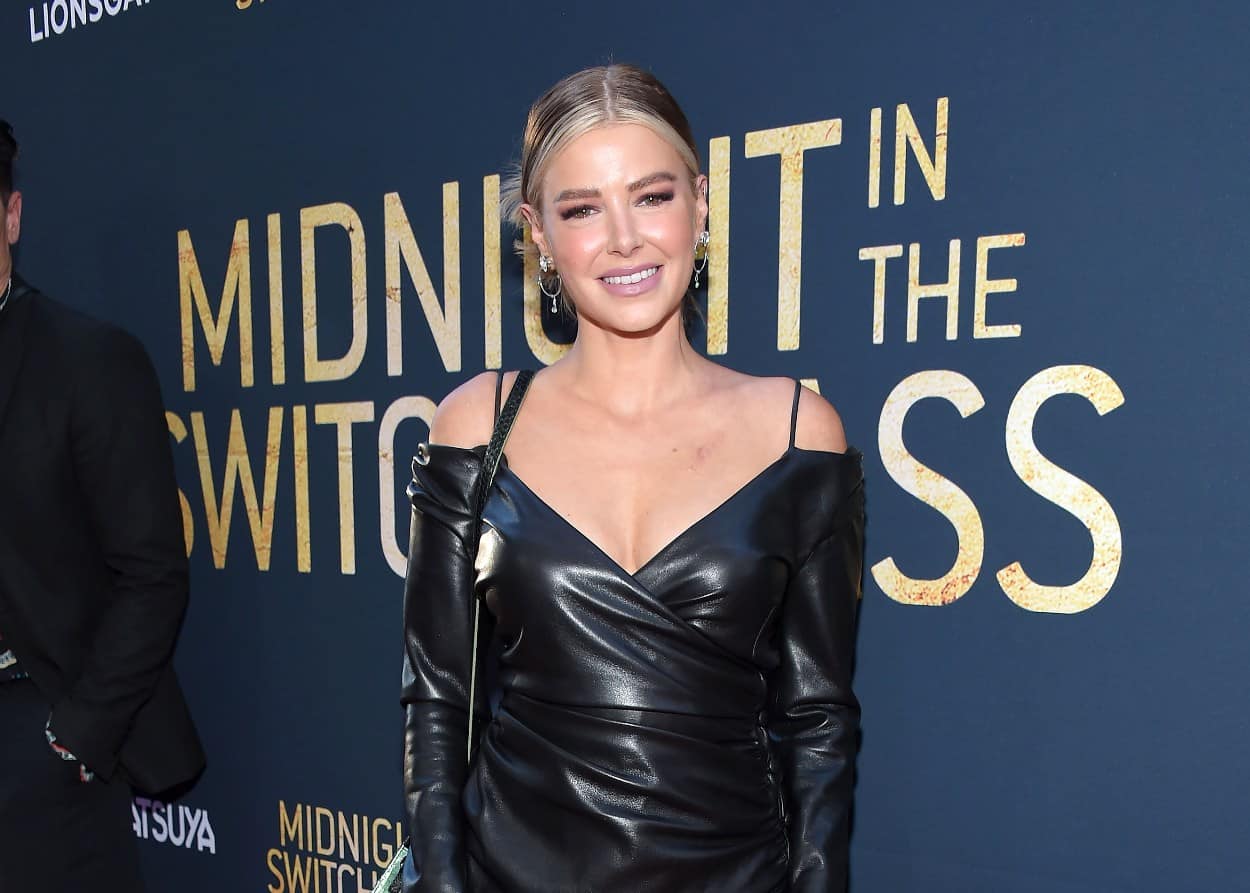 Ariana Madix hosted a Q&A session on her Instagram Story this week, where she shared an update on her thoughts about having children.

Following the recent Vanderpump Rules baby boom, Ariana revealed if the babies have changed her mindset before sharing her excitement for season nine, and picking her favorite one-liner of the Bravo reality series.

“Have you changed your mind on babies after seeing all of the beautiful Vanderpump bubs?” a fan asked.

“Absolutely f-cking not,” Ariana replied as she gave a thumbs up. 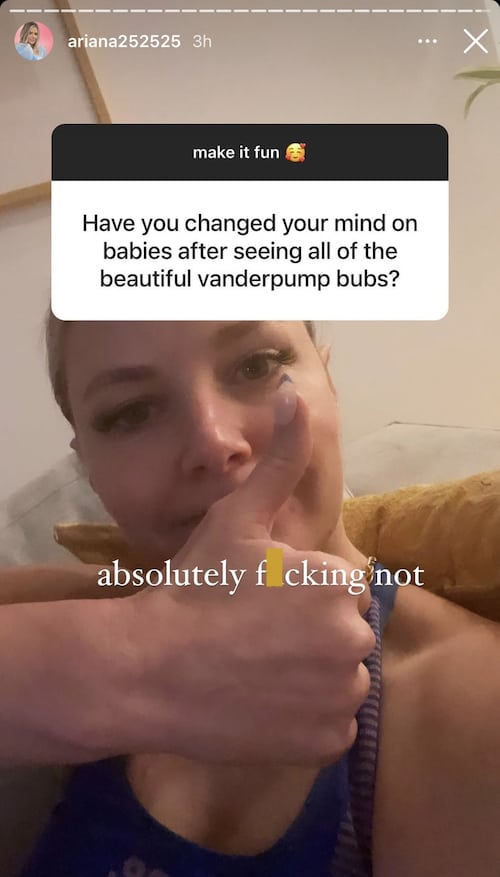 As fans well know, Ariana has long been clear about not wanting to have children, or get married, and, despite the cuteness of her past and present cast mates’ babies, including that of Scheana Shay, Lala Kent, Brittany Cartwright, and Stassi Schroeder, she hasn’t had a change of heart.

Ariana, who has been dating Tom Sandoval since season three, was then asked if she was “excited for the new season of [Pump Rules].”

“Very,” she replied as she shared a filtered photo of herself with red eyes, devil horns, and a tail. 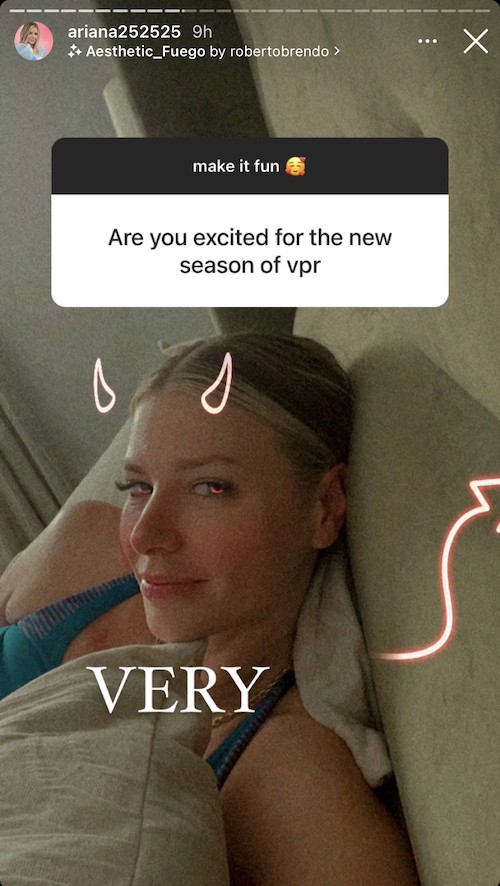 As for her “favorite one-liner” from the show, Ariana said her most memorable quote was, “We literally have all the artichoke dip.”

During the Pump Rules season six, episode six moment, Ariana’s funny comment lightened a very tense night, which featured a number of arguments regarding Jax Taylor‘s affair with Faith Stowers, and the audio recording she made of their night together. 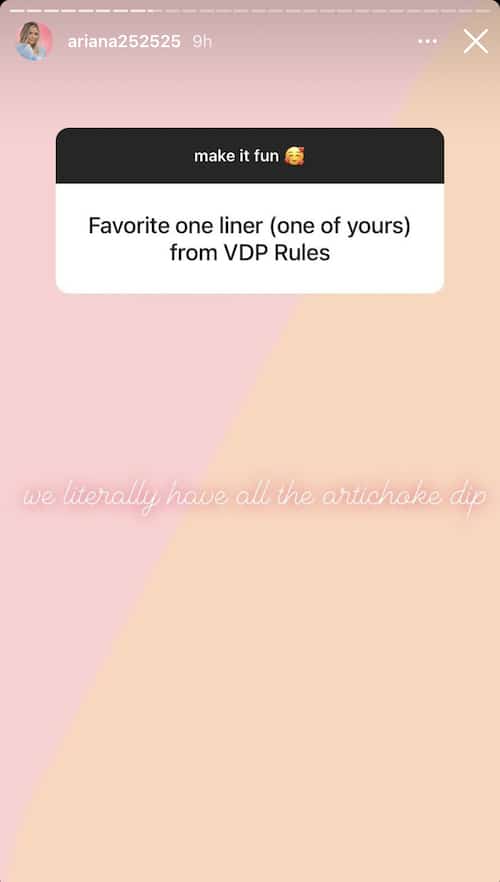 Also, during her Q&A session with her Instagram audience, Ariana answered questions about what she’s been watching on television recently and what she would love to have more of, aside from money.

“Do you watch TV and if so do you have a fun show to recommend?” one person wondered.

Then, after another one of her followers asked, “If you could have an unlimited amount of something, other than money, what would it be?,” Ariana revealed she’d love to have more “time.” 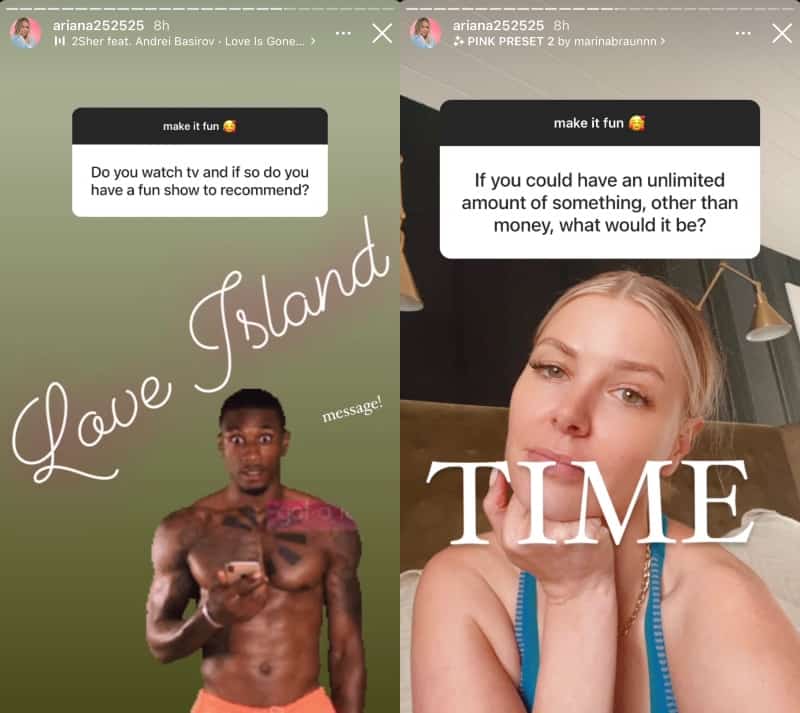