Home Vanderpump Rules Tom Sandoval Addresses if He Still Wants Children With Ariana Madix as They Call Scheana Shay the “MVP” of Vanderpump Rules, Plus Ariana Talks Katie and Stassi’s Feud With Kristen

Tom Sandoval Addresses if He Still Wants Children With Ariana Madix as They Call Scheana Shay the “MVP” of Vanderpump Rules, Plus Ariana Talks Katie and Stassi’s Feud With Kristen

by Cynthia Cook May 15, 2020 28 comments
ShareTweetWhatsappPinterestRedditTumblrMailFlipboard 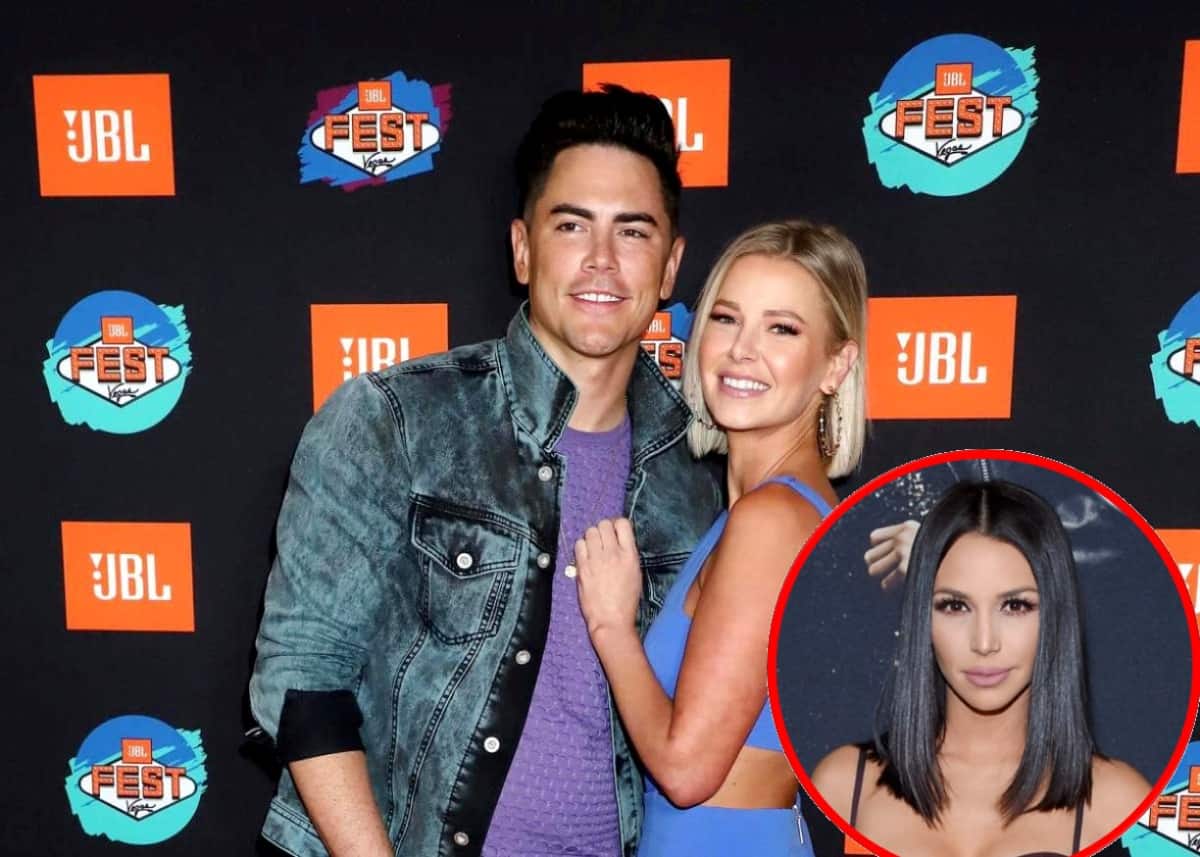 Tom Sandoval and Ariana Madix are opening up about their relationship and the topic of having children, as they also defend Scheana Shay against the haters this season. Is she putting in the most work for Vanderpump Rules?

The Fancy AF Cocktails authors are backing their pal and Pump Rules co-star against questions of her “boy crazy” ways while responding to the seemingly endless feud between Kristen Doute and her former BFFs, Katie Maloney and Stassi Schroeder.

“I would say yes, Scheana does get involved with people pretty deep, pretty fast,” Ariana admitted to Andy Cohen on Watch What Happens Live. “But at the same time, there’s a lot of stuff that you’re not seeing on the show like … things that are going on with maybe somebody that doesn’t want to film. And so… I think that there’s a lot more to that story and I don’t wanna like, divulge all her personal life. But I wouldn’t just take what you see on the show as her entire life.”

“And also I would like to say that I thought Scheana did one hell of a job on this season,” Tom chimed in to defend the “Good as Gold” singer. “I would go so far to say that she was the MVP of season eight.”

“Kudos for her to be willing to put it all out there time and time again,” added Ariana.

During their segment, the couple was asked if they’re considering children — a question they’ve faced often as their six year relationship continues to go strong.

“Tom just doesn’t like when people speak in absolutes,” Ariana added. “He doesn’t like to say yes or no to anything.”

Tom concluded by saying he’s “not ready” to have kids just yet, but likes “the idea” of them. He then noted how he’s “not completely married to the idea” of children …. but also how he’s “against the idea” of saying that he can’t have children.

The topic then turned to the beef between the Witches of WeHo, wondering if they felt “closer” to Kristen or Katie as a result of their feud.

“I don’t feel like I’ve gotten closer to either of them as a result of this beef, but I’m close with both of them and I think that I can kind of understand where Katie and Stassi are coming from,” Ariana stated. “But ultimately, I do feel bad that Kristen doesn’t have her friends.”

Tom added how Kristen is “messy” and Ariana exclaimed that that’s what they all “signed up for” as friends of Kristen’s.

“Yeah. And […] obviously I’ve been friends with them for so long and I see things like this happen and it hurts,” Tom said. “I don’t like to see it. I wish they would make up.”