Vanderpump Rules’ Stassi Schroeder and Katie Maloney Finally Reveal What Happened Off-Camera That Ended Their Friendship With Kristen Doute, Accuse Her of Deflection and Say She’s Good at “Playing the Victim” 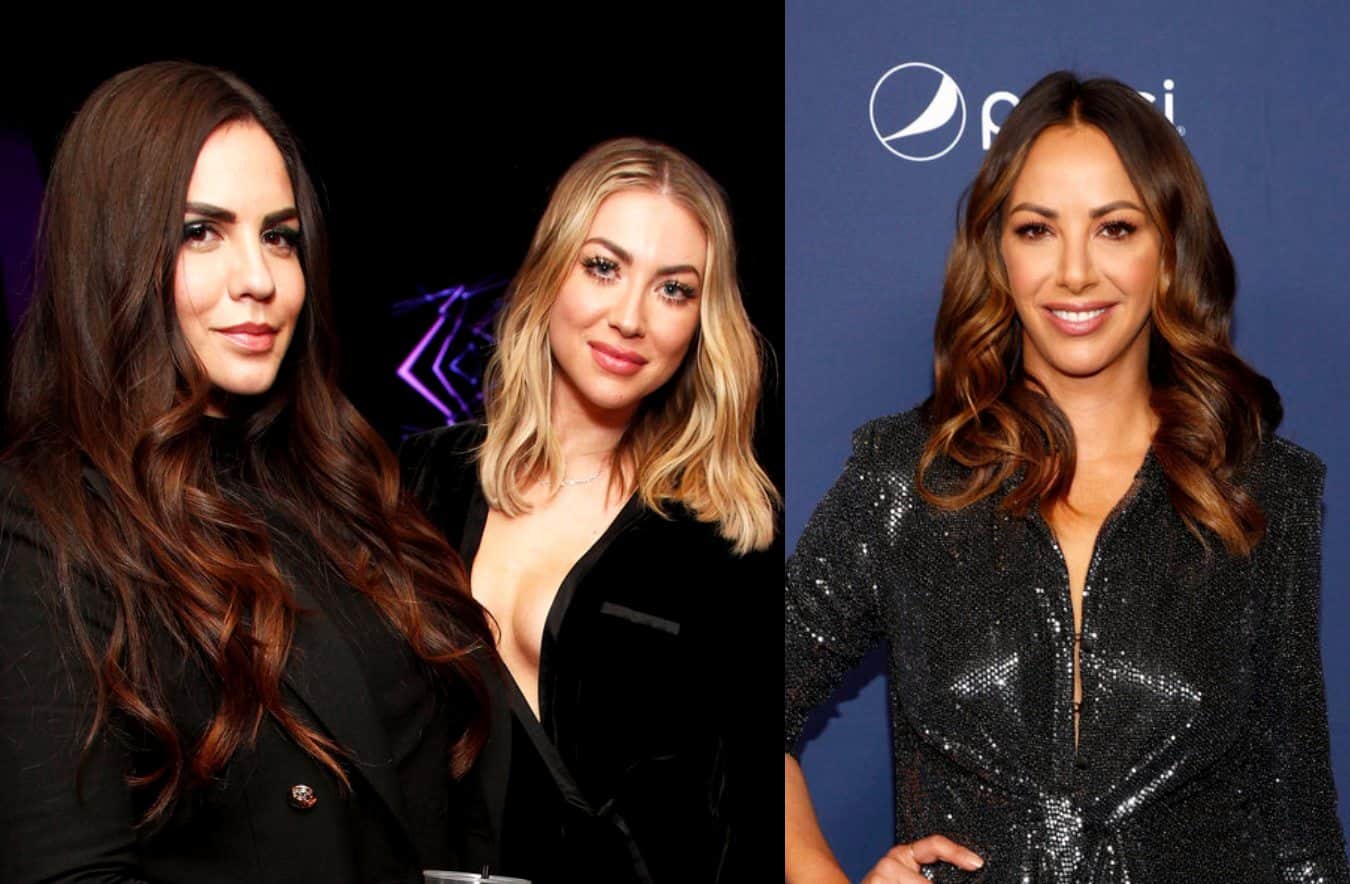 Stassi Schroeder and Katie Maloney finally revealed the real reason behind the end of their friendship with Kristen Doute during an episode of Stassi’s podcast on Friday.

As things between them continue to snowball on Vanderpump Rules, Stassi and Katie confirmed that their drama didn’t begin last summer during Kristen’s on-and-off relationship with Brian Carter before explaining that it was actually a moment that took place off-camera and ahead of season seven that ultimately led to their falling out.

“It’s such a layered thing,” Katie began on the April 24 episode of Straight Up with Stassi.

“It’s not simple at all,” Stassi agreed. “This is the opposite of a black and white situation. These feelings started to develop two years ago.”

Before filming on Pump Rules began on season seven, Stassi and the cast sat down to discuss the authenticity of the show and during the chat, Kristen reportedly admitted, “I’m not showing that much of my relationship and how I actually feel but how do I do that?”

Right away, Stassi and Katie agreed that they would help Kristen be more honest on camera by talking organically about what was going on between her and Carter. Unfortunately, doing so later backfired on Stassi and Katie after Kristen began defending Carter on-camera and making them look like bad friends.

“Kristen defended Carter as if these conversations [off-camera] had never happened and made us look like b***hes!” Stassi recalled.

“It became really difficult when she would defend him so aggressively to us on camera but then off-camera it was a very different situation. She still wanted to have these heart to hearts and a shoulder to cry on and we would still obviously offer that to her because she was our best friend and we still were supportive of her. But then, the next time we talked about it on camera, it was the same thing again where she would be aggressively defending him and coming after us and treating us like we were horrible friends for putting in this position, the position she had put herself in,” Katie explained.

Following the drama of Pump Rules season seven, Stassi hoped Kristen would come to her senses about how she treated them and offer an apology at the reunion. Instead, Kristen doubled down.

“It was at that moment at the reunion that I was like, ‘F**k you,’” Stassi said.

While Kristen has made it seem as if Stassi and Katie ditched their friendship because of the hard times she was going through with Carter, Stassi said Kristen’s drama with her ex had nothing to do with it.

“We’re not mad that you’re in a sh*tty relationship. I am mad that you are making us look like bad friends,” Stassi clarified.

In recent months, Kristen has pointed out that she stuck by both Stassi and Katie during the rocky moments they went through in their own relationships, which Katie believes is her way of deflecting.

“When people want to bust out the history books for the point of deflection gets a little muddy and frustrating because we could do that all day long,” she noted.

Katie went on to say that after her life began to be consumed by Kristen’s ups and downs with Carter, she began to feel as if she was dealing with an addict and requested healthy boundaries in regard to how much of the inner workings of the past romance she was willing to hear.

“Kristen got really good at playing a victim,” Katie noted.

In response, Stassi suggests Kristen’s “victim” antics may have been prompted by the fact that she and Katie were previously holding back their true feelings.