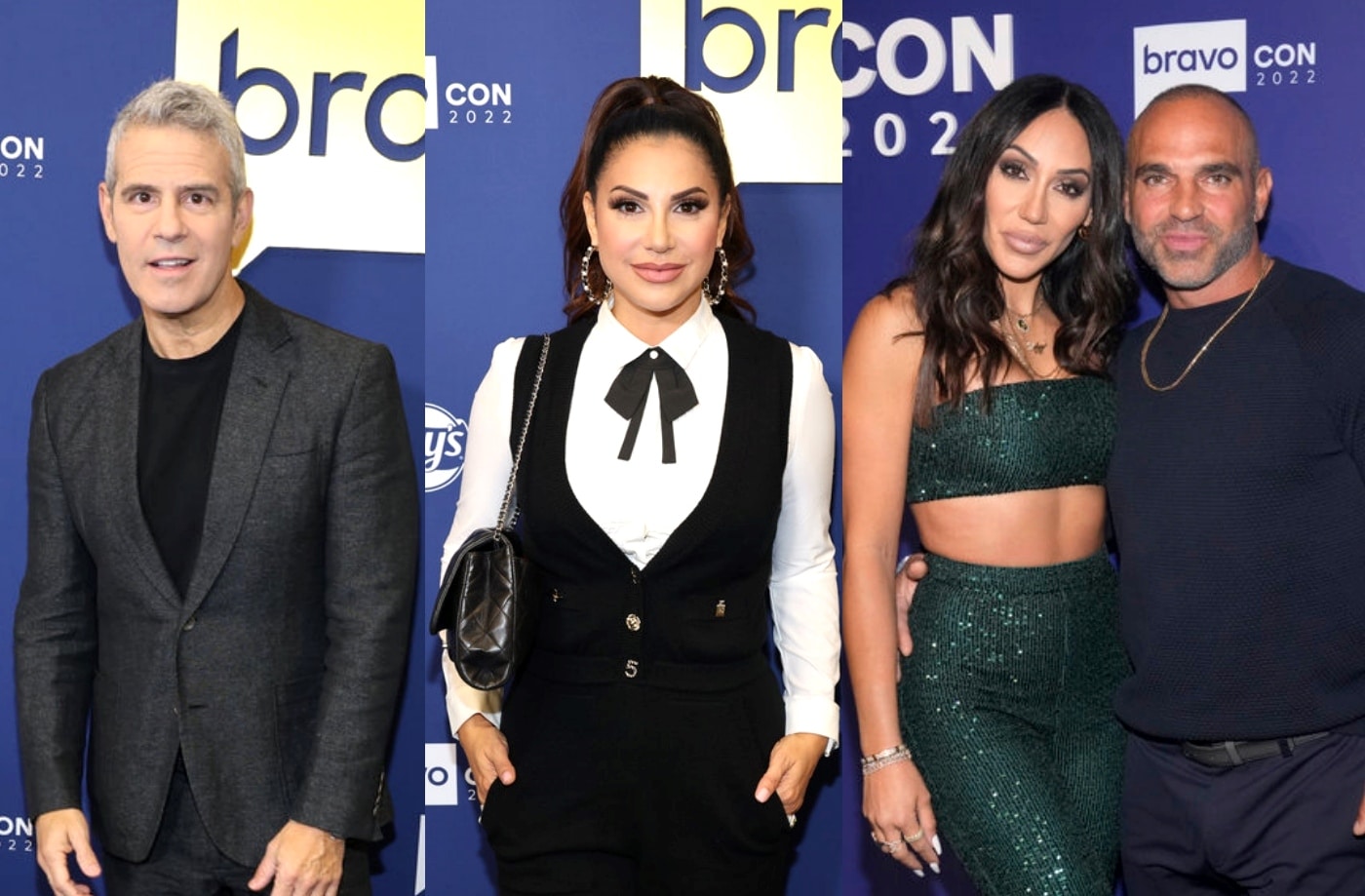 Bravo is not happy with Real Housewives of New Jersey stars Jennifer Aydin and Melissa and Joe Gorga.

While attending BravoCon over the weekend, Jennifer and Joe had a showdown in the lobby of the Gansaavort Hotel that built up into a full-on altercation between them.

As Jennifer walked through the hotel lobby, she crossed paths with Melissa and Joe. Melissa reportedly yelled at Jennifer and called her a “loser,” which led to Joe chiming in and calling her a “dirty b**ch.”

“Melissa said, ‘You’re a loser,’ and then Jen went wild,” according to an Us Weekly insider. “Joe wasn’t involved until he heard Jen screaming.”

Jennifer ultimately threw a cup of water at Joe in retaliation.

The whole altercation was caught on camera and soon went viral. After seeing the video, Bravo execs had a sit-down with both parties, and they were not pleased.

“Bravo executives spoke with both the Gorgas and Jennifer Aydin after seeing the viral video. They wanted them to know they don’t condone or tolerate this type of interaction and behavior, especially physical. The network isn’t happy with either side,” the insider explained. “Andy [Cohen] was not involved. He didn’t speak to them.”

The source went on to add that Bravo attempted to keep the RHONJ cast divided for the entire weekend due to contention between the cast — so much so that the RHONJ BravoCon panel had to be split into two segments.

“They did cross paths,” the insider said. “Bravo PR did their best at keeping the split sides apart throughout the weekend but what happened outside of BravoCon was out of their control.”

Though Andy has not spoken directly to either Jennifer or the Gorgas, he did comment on the video.

The Watch What Happens Live host also added that he’s not hopeful that the division between the cast is going to repair itself anytime soon, but he did say that season 13 of RHONJ is going to be “excellent.”

“Jersey‘s [going to be] excellent. And we’ve got some new blood — it feels like the Jersey we love,” Andy explained. “And obviously there’s some major shifts in the Teresa-Melissa-Joe Gorga relationship, but we’ve got some new women in the mix who really energize the show, but they feel perfectly Jersey and they fit in the group really well.”