VIDEO: Jennifer Aydin Throws Drink at Joe and Melissa Gorga During BravoCon, Claims RHONJ Role is in Jeopardy Amid Feud With Teresa Giudice 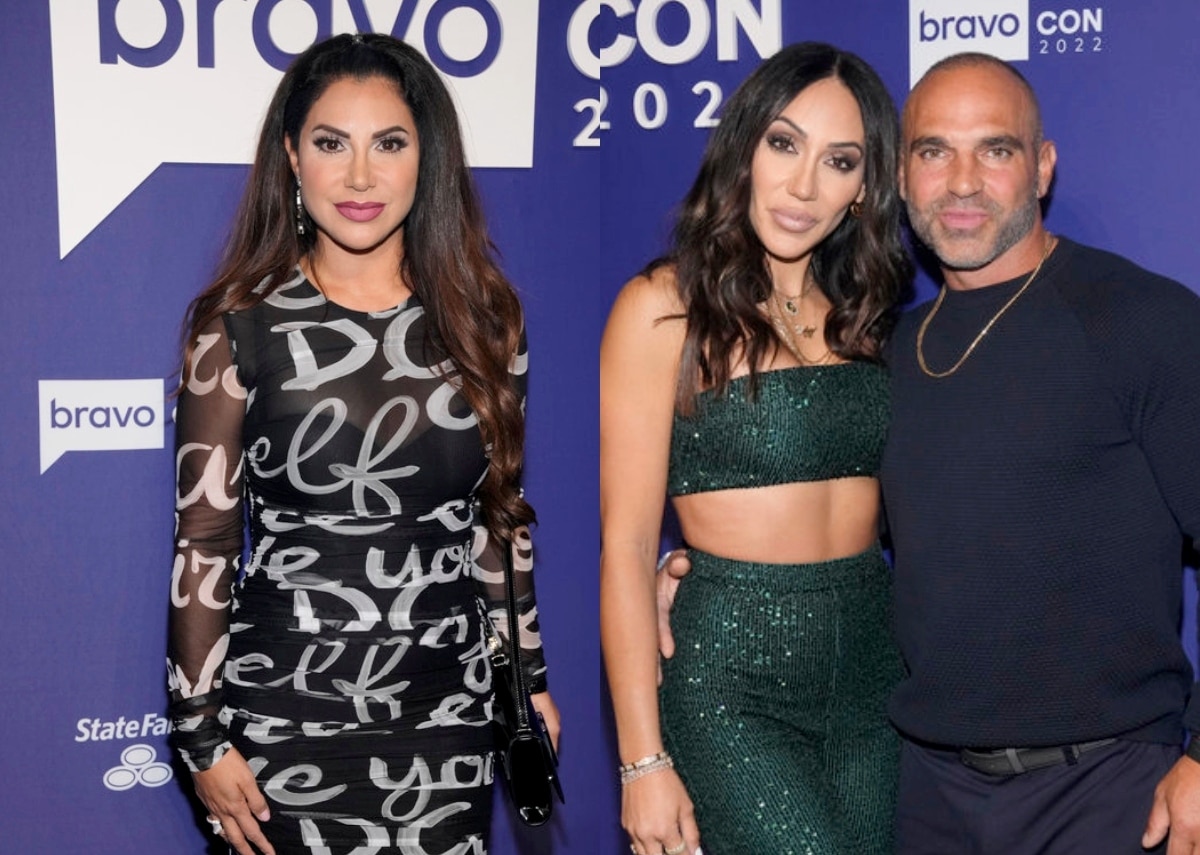 Jennifer Aydin was involved in a verbal spat with Melissa Gorga and her husband, Joe Gorga, in the early hours of Sunday morning, and she threw a drink at them.

While in New York City to attend the events of BravoCon, the Real Housewives of New Jersey cast members found themselves together in the lobby of the Gansevoort Hotel, where Jennifer threw a drink in the Gorgas’ direction after exchanging harsh words with the couple.

On October 16, two sources confirmed the dispute to PEOPLE, noting that Jennifer had thrown a plastic cup of ice water on someone with the Gorgas, who had weighed in on the drama between them.

As for what led up to the altercation, the insiders said Jennifer claimed the Gorgas’ future on RHONJ was in jeopardy due to their tense feud with Joe’s sister, Teresa Giudice. In fact, Jennifer said the couple was “holding on for dear life” and are “gonna say whatever they need to say to keep them on.”

Meanwhile, in response to the allegations, while back at the hotel, Melissa called Jennifer a “loser” and a “wannabe,” prompting Jennifer to fire back — at which point Joe got involved.

After Jennifer’s ice water ended up on a hotel security guard, who was caught in the crossfire, she later crumpled up her cup and threw it at the Gorgas’ group.

“Melissa and Joe had enough of Jennifer’s attacks behind their backs and her desperate attempt to involve herself in their family’s business,” an insider told PEOPLE of the incident.

But another source insisted Jennifer “lives by a ‘don’t start one, won’t be one’ mantra” and said if Melissa and Joe didn’t want the drama, “they shouldn’t have come for her.”

Following the spat, Frank Catania, who also attended BravoCon, stepped in to care for Jennifer, who was without husband Bill Aydin.

Over the weekend, as she attended a panel, Teresa said that when it comes to her ongoing feud with Joe and his wife, “What’s going on is disgusting.”

“I want him to keep my name out of his mouth,” she said. “I wish him and his family well. … I want him to wish me well and I wish him well. That’s it. I just want peace. For my own mental health — you know when there’s drama goes on, you can’t concentrate on what’s really important. My children, they’re teenagers right now. It’s an important time in their life. I just got married. I want to focus on what’s good for our family.”

Around the same time, during an interview with PEOPLE, Melissa said, “I got off the roller coaster. I don’t want to be on it anymore… I’m done.”

“Eventually you need to protect your immediate family,” she explained. “We need to protect our marriage and our children and our life that we live. We can’t always just try to put our hands out and it doesn’t get reciprocated.”

Also over the weekend, Jennifer shaded Joe for skipping Teresa’s wedding in August.

“He is going to regret not being there for his sister’s wedding,” she said. “Regardless of what was going down… you just don’t show up for family. That’s a testament to the type of family he is.”

As for why the RHONJ panel was divided into two ahead of BravoCon, Andy Cohen wouldn’t confirm whether or not Teresa or Melissa, who both denied being the cause, was responsible.

“Obviously they’re in a bad place right now,” he explained. “We’re on the precipice of the new season … They’re in a very different place than they were when we filmed.”

“I think it’s better to let the show live on air and let you guys watch the show and then pick up at the next reunion,” he added. “It’s a balancing act because you want things to play out on TV, but here were are, and we want to give everybody a good time.”