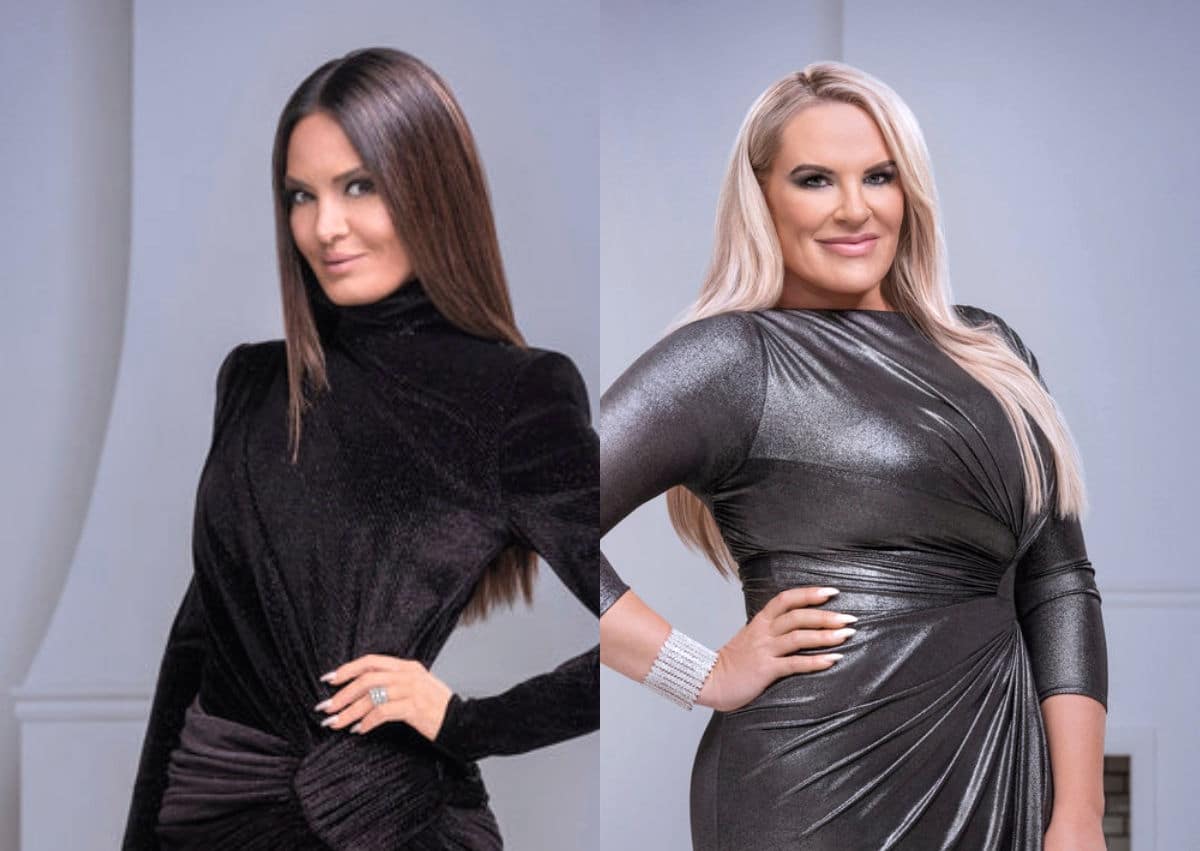 On the latest episode of Real Housewives of Salt Lake City, Heather Gay invited Angie Harrington to a cast ski skip after the friend allegedly spread cheating rumors about Lisa Barlow. According to Whitney Rose, Angie claimed Lisa slept with someone for Utah Jazz tickets.

At the top of the mountain, Heather claimed she wasn’t thinking about Lisa when she invited Angie. Eventually, as Angie tried to approach Lisa (who was once her close friend), Lisa indicated she wasn’t interested in a conversation.

As the episode aired, Lisa responded to a Twitter user who claimed Lisa “had every right” to be upset with Heather. The fan also accused Heather of orchestrating a “setup.”

Another fan called out Lisa for hypocrisy regarding her anger with Angie since Lisa herself spread rumors about Meredith Marks. “Aren’t you the pot calling the kettle black??” asked @Geniro2004. “You lied on Meredith like you claim Angie lied on you, however, Meredith is supposed to forgive your hatred and you can’t forgive Angie?”

Lisa replied, “Oh and I don’t expect forgiveness. But at this point I think she’s beyond even.”

Oh and I don’t expect forgiveness. But at this point I think she’s beyond even.

Then, Lisa addressed another fan who accused her of hypocrisy. “Why is @LisaBarlow7 friends with [Whitney] who has now tripled down on the Lisa ‘Jazz Tickets’ Barlow rumor, but is angry at [Heather] and [Angie] who both denied the rumors?” said the user. “Confusing!”

In a cryptic response, Lisa declared, “You’ll see.” She was seemingly teasing a future event in the season.

That same evening, Lisa tweeted what appeared to be another dig at Heather regarding her friendship with Angie.

A fan then questioned why Lisa is “obsessed” with Heather. The 47-year-old clapped back with a shady response: “I don’t know why Heather is obsessed with me.”

I don’t know why Heather is obsessed with me

Lisa, it seems, has few allies left in the cast. Whitney, who is now her biggest supporter, also appears to be losing friends. Many fans believe their new alliance was created for convenience.