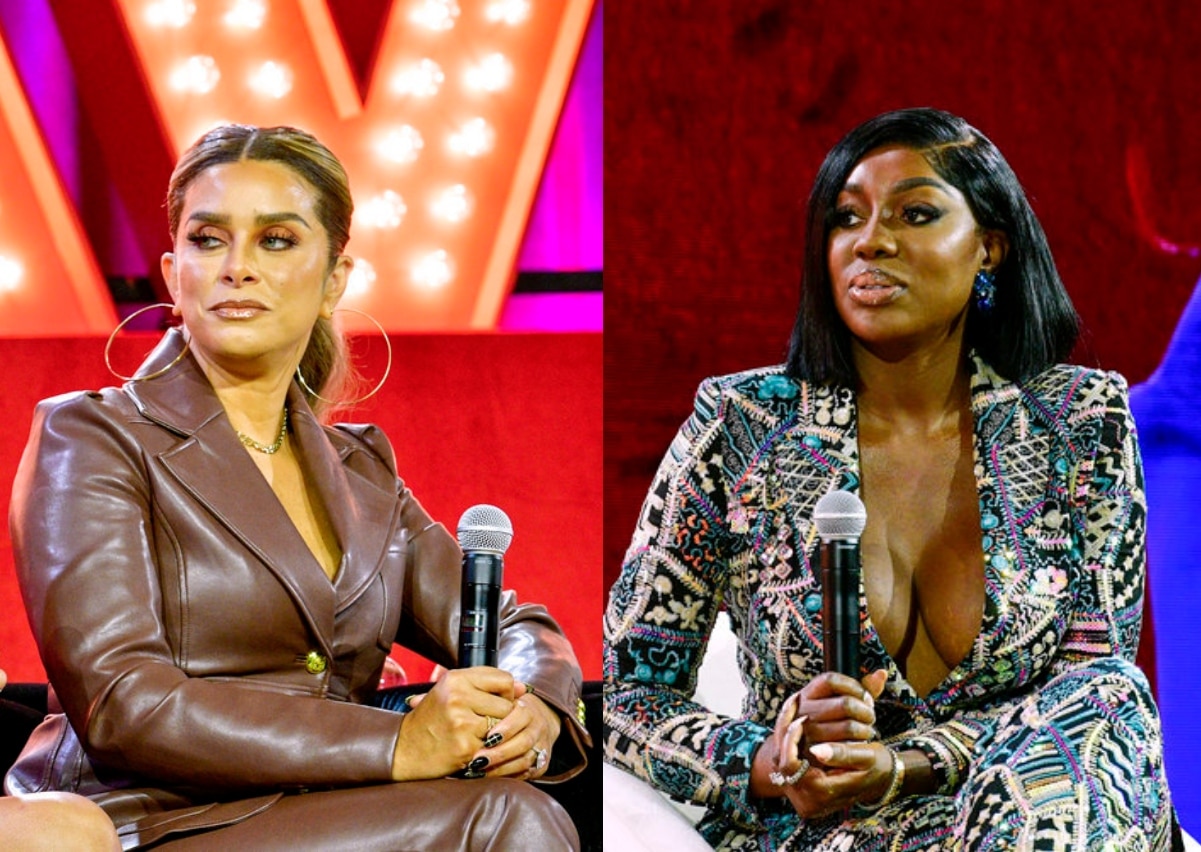 Robyn Dixon refused to invite castmate Dr. Wendy Osefo to a family fun day after the Real Housewives of Potomac stars engaged in a tense argument. During the dispute, Wendy claimed she never called Mia Thornton a liar (unlike Robyn).

As the scene aired, many fans slammed Robyn on social media, claiming she was punishing Wendy’s children by excluding her from the event. One of the fans then wished for Robyn’s death in a message Robyn shared on social media.

On an episode of the Reality & Comics Too podcast, Robyn discussed the drama with Wendy.

“I don’t care about like filtering myself or saying things that I think would be well received by the audience,” said Robyn, who brought up “not inviting Wendy’s kids” as an example. Though she admitted it wasn’t a “good look,” the star insisted that she’s a “human being,” and she won’t be fake with someone she’s “arguing with.”

Robyn also hinted at other parts of the conversation, which the audience “didn’t see.” According to the mother of two, Wendy called her “the devil,” and she said “all of Baltimore was going to come after me.”

The 43-year-old said she received many messages from fans, telling her that the kids are off limits.

“Yeah, but their mom is not, so… sorry,” she said in the interview. Robyn also seemed to mention Wendy’s “hot mic” moment (when the author purportedly contradicted her statements about Mia).

“They don’t want to be, you know, out there saying the wrong thing,” said Robyn. “But they want to paint me like the bad guy.”

After a fan wrote a DM wishing for her death, Robyn posted a screenshot of the message, and she wrote in the caption: “This woman hopes I die over some people that don’t even know she exists. Sick. No need to harass her for her evil wishes, she is unfortunately one of many…I will just continue to pray for protection for me and my family and my cast mates, who will also be harassed at some point over this long season because we are all humans and far from perfect, from those wishing harm and evil over us…because of a TV show.”

Candiace Dillard Bassett then commented on Twitter, “This is disgusting.”

This is disgusting. Smh.