Home Don't Be Tardy Brielle and Ariana Biermann Get New Reality Show About Being “Cut Off” by Mom Kim Zolciak and Kroy, Get All the Details as They Move From Atlanta to L.A.

Brielle and Ariana Biermann Get New Reality Show About Being “Cut Off” by Mom Kim Zolciak and Kroy, Get All the Details as They Move From Atlanta to L.A. 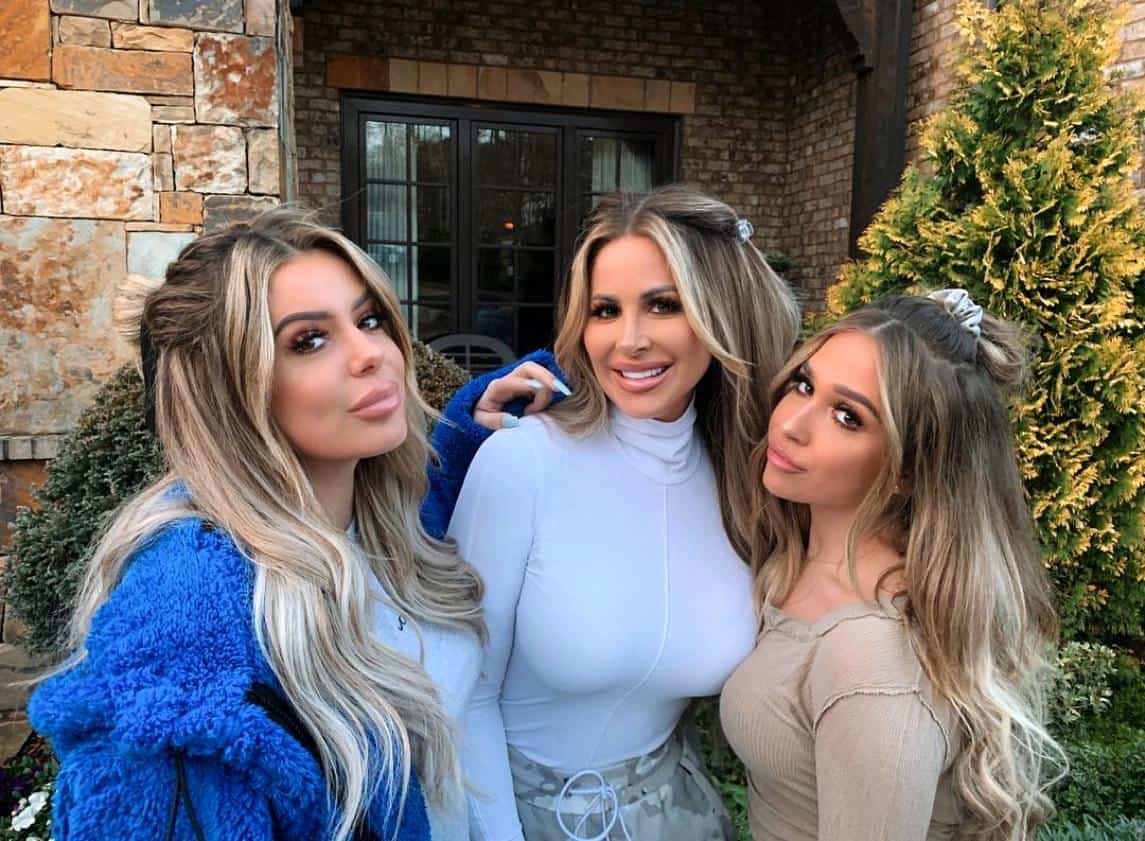 Brielle Biermann and Ariana Biermann are leaving their home in Atlanta and heading to Los Angeles in hopes of launching a haircare line — and they’re filming their journey for an all-new reality series.

According to a new report, the sisters, who made their TV debut in October 2008 on The Real Housewives of Atlanta and continued their reality careers for eight seasons on their mom Kim Zolciak‘s spinoff, Don’t Be Tardy, have gone into production with Magilla Entertainment, the company behind TLC’s I Love a Mama’s Boy and Discovery’s Moonshiners.

The new show is currently in development with a working title of Cut Off, and it will zone in on Brielle, 25, and Ariana, 21, being “cut off” financially by mom Kim and step-dad Kroy Biermann, who are reportedly experiencing money troubles themselves. (Their $2.6 million Atlanta home recently went into foreclosure and was rumored to have been sold for just $257,000, which Kim denied.)

“Skeptical of their ability to fend for themselves and take their new venture seriously, Kim plans to put her girls to the test by completely cutting them off,” a description for the series reads, via PEOPLE. “For the first time in their lives, the sisters will have to pay their own bills, live on a budget, do their own laundry, and cook and clean, all while staying out of trouble.

“With the help of their friends, the Biermann duo will have to rely on each other to see if they have what it takes to make it on their own,” it continues.

Brielle and Ariana are Kim’s two oldest daughters, and Kroy adopted them after their November 2011 wedding. The couple also shares KJ, 11, Kash, 10, and eight-year-old twins Kaia and Kane.

“Fans have seen us grow up on camera and let’s face it … we are a mess,” Brielle said in a statement. “I’m eager to embark on this journey with my sister, but definitely know it will be a tough road ahead.”

“I’ve wanted to live in L.A. my entire life and moving with my sister will be the adventure of a lifetime,” added Ariana. “We’re excited to bring fans along as we launch our business and take a new city by storm.”

Cut Off will be presented to potential networks and streaming services soon.