RHOP: Charrisse Jackson-Jordan Addresses Denying She Was “Holding” Robyn Back From Attacking Wendy After Footage, Shares Real Reason She Stepped In 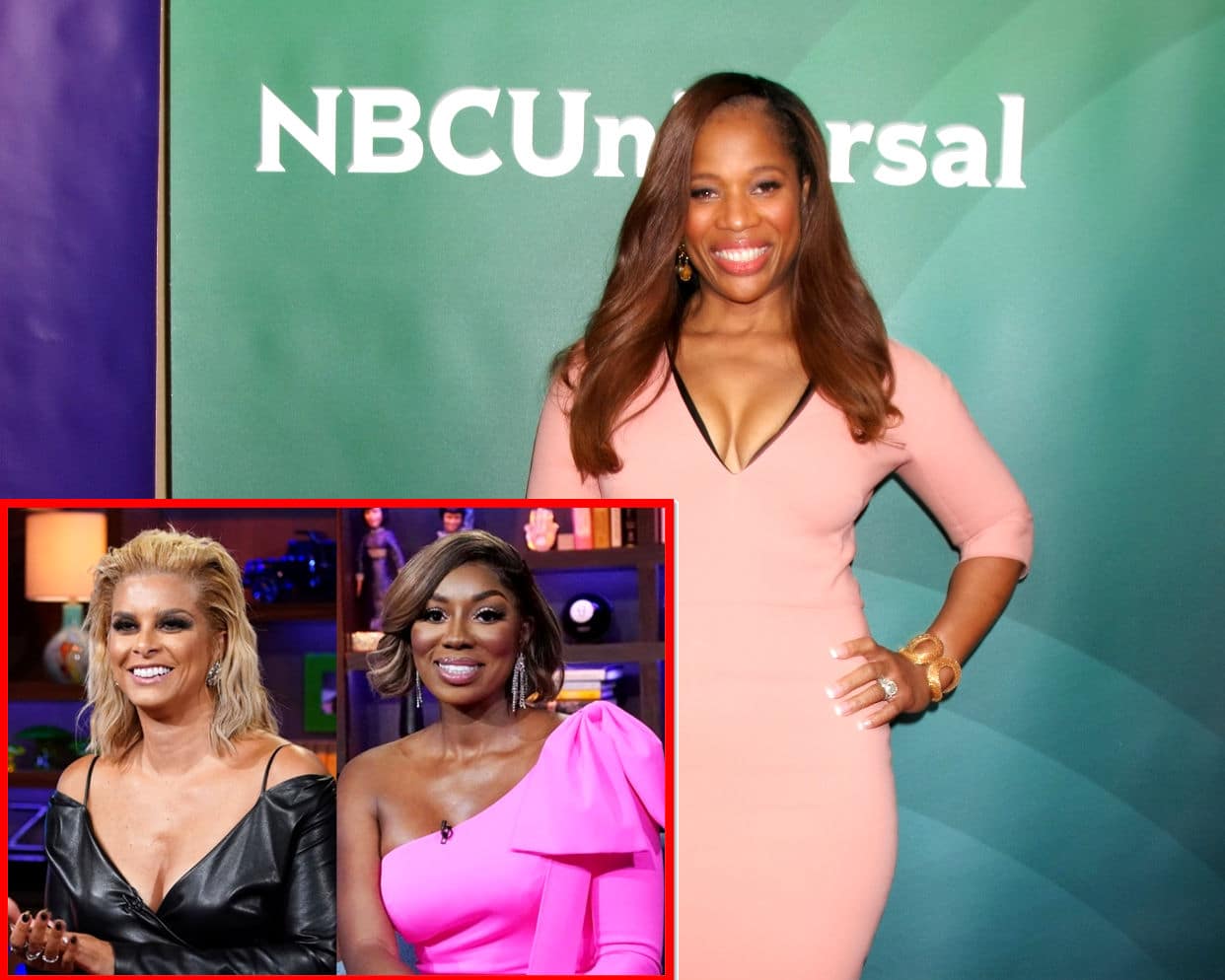 On a contentious episode of Real Housewives of Potomac, Dr. Wendy Osefo claimed Charrisse Jackson-Jordan held Robyn Dixon back in a fight with Wendy.

Robyn clapped back by calling Charrisse, who denied laying a finger on her. However, Bravo editors soon rolled back the tape, which showed Charrisse with both hands on Robyn as she guided her.

After the episode aired, Charrisse took to Instagram to address the claim she was holding Robyn back.

“I was not preventing [Robyn] from putting her hands on Wendy,” wrote Charrisse, in a post shared by Queens of Bravo. “She was not about to physically attack Wendy. As soon as she stood up my natural reaction was to stand up in an attempt to calm the situation.”

The OG added, “Wendy said stand in your truth. [Robyn] stood. Wendy also [told] her to sit down and she did that as well. Security was there. If there was a real concern they would’ve interjected.”

“I was not ‘holding’ her back,” said Charrisse. She then seemed to shade Wendy: “People are going to interpret things the way they want.”

“Lightly nudging someone to sit back down is way different than holding someone back.” 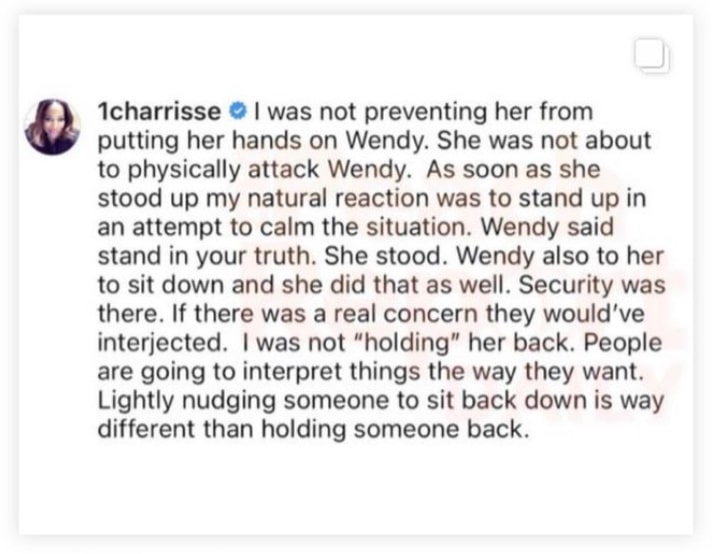 In a recent interview for Watch What Happens Live, Wendy indicated that Robyn was determined to have a problem with her. She also suggested that the mother of two had no intentions to reconcile at the ‘burn session.’

Many castmates are now at odds with Wendy, who has been accused of being ‘condescending’ on multiple occasions.