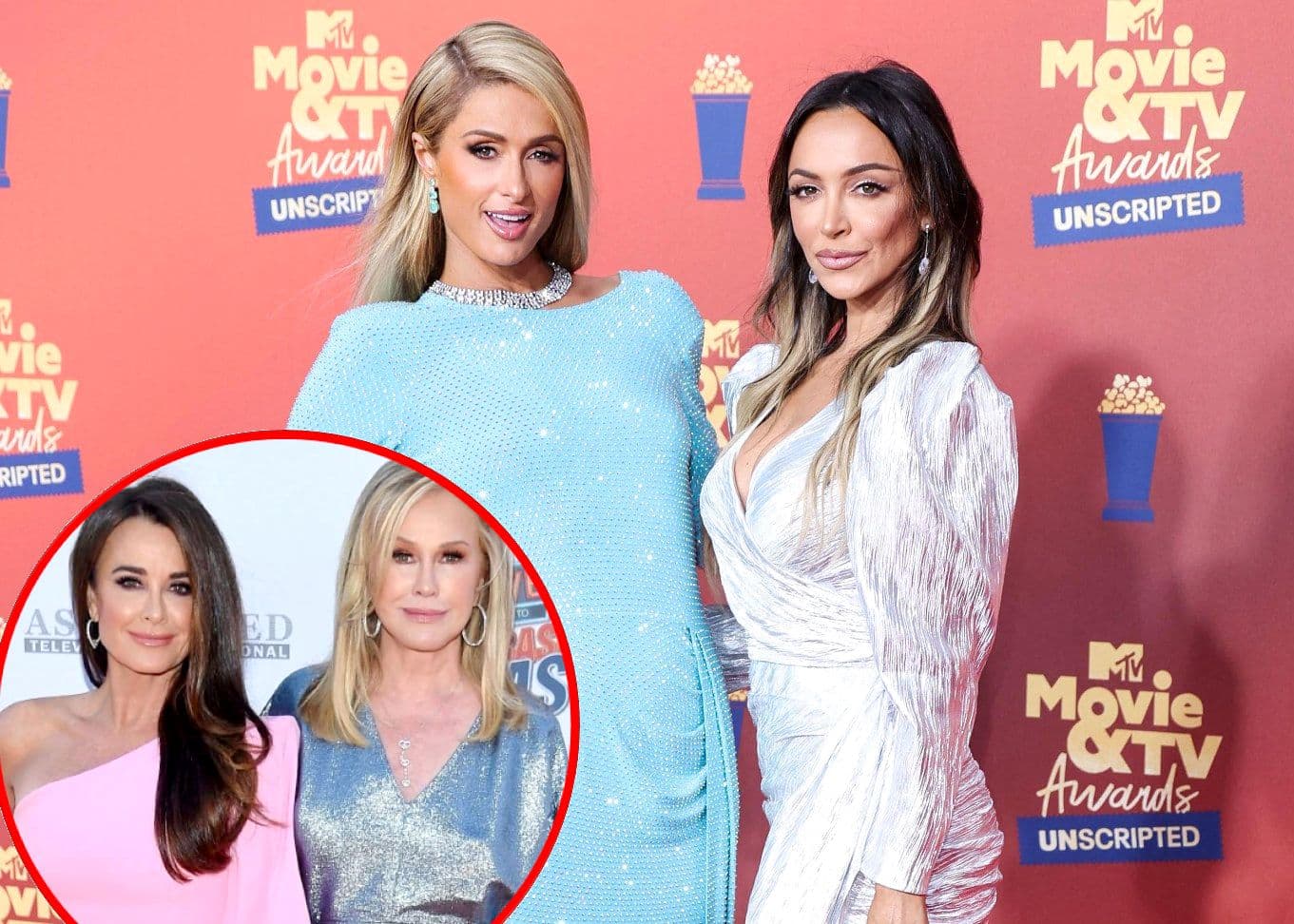 Farrah Aldjufrie is speaking out about her mom Kyle Richards‘ ongoing feud with sister Kathy Hilton and how it’s impacted her relationship with cousin Paris Hilton.

Months after Paris inserted herself into the drama of the Real Housewives of Beverly Hills by “liking” a series of mean tweets about Kyle, the Buying Beverly Hills realtor is sharing her reaction to the posts while admitting that both she and Paris are “very defensive” of their moms.

“We don’t talk about it, no. It’s too painful,” Farrah said of Paris’ “liked” posts on the November 16 episode of the #NoFilter with Zack Peter podcast. “We’re both very defensive of our moms and — but we’re also extremely, extremely close. If we let that interrupt our dynamic, it would be just too painful, really, and too hard to untangle, so we let our moms do their thing and we just shut it out.”

Although Farrah, who Kyle shares with ex-husband Guraish Aldjufrie, said that Kyle and Kathy’s drama on RHOBH is “really hard to deal with,” she’s hopeful for a future reconciliation between them, saying she wants everything “to be okay.”

In the meantime, Farrah is doing her best to avoid speaking publicly about the matter.

“Before I would just be like, ‘Mom, who cares what anyone says, like whatever.’ This last season of her show, I was very worked up. I wanted to respond to every person and just be like, ‘You don’t know everything, like, you just don’t know,’” she admitted. “And it does bother me that she gave so much for all those years and was so loved and beloved, but people, this audience, is so fickle.”

According to Farrah, she believes RHOBH fans should’ve had more loyalty to her mom.

“They want to see what they want to see if they like certain people, they can do wrong. If they turn on you, then there’s nothing you can do right, and that part is like, where’s the loyalty?” she wondered.

But despite the intense family drama that played out in season 12, Farrah said Kyle and Kathy’s tension had no influence on her decision to film Buying Beverly Hills with her own sister, Alexia Umansky.

“They have their own, you know, issues and things they’ve been dealing with for years,” she explained. “My sisters and I, we don’t have those issues, but also we’re a lot younger so there’s a lot less, you know, time that we could have and also our age gaps, so luckily we don’t have those kinds of things to deal with. Hopefully we never will!”