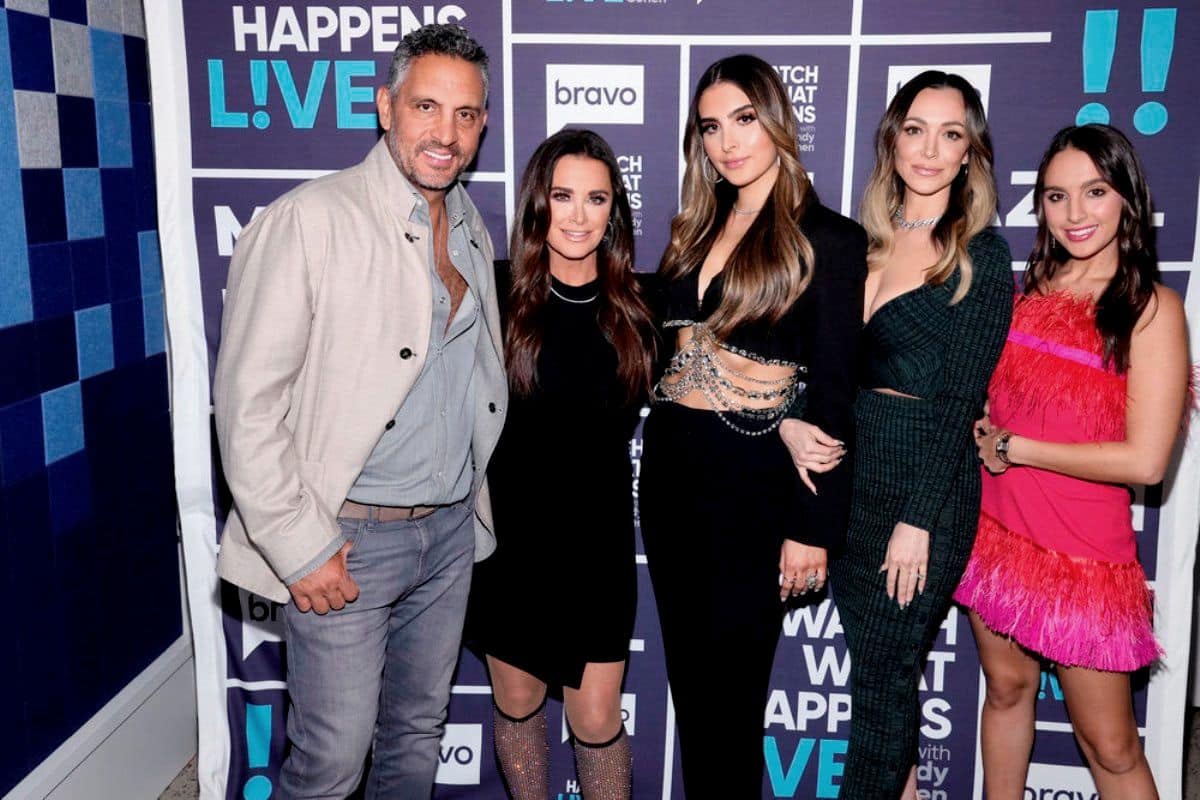 The Real Housewives of Beverly Hills may be coming to a close with a shocking, three-part reunion. But for fans of Kyle Richards and her family, there’s more drama on the way.

In a just-released trailer for Netflix’s new real estate reality show, Buying Beverly Hills, Mauricio Umansky and the team at his real estate firm, The Agency, which includes Kyle’s oldest daughter, Farrah Aldjufrie, 33, and the oldest daughter she and Mauricio share, Alexia Umansky, 26, viewers are given an inside look at the ups and downs of the multi-million dollar industry.

“The more successful you are, the more they’ll talk sh-t about you,” Mauricio, who also shares Sophia, 22, and Portia, 14, with Kyle, warns Alexia in the October 7 preview clip.

As viewers watch as the agents of the show score deals and big commissions, Alexia’s romantic past with one of her co-workers is exposed.

And during another scene, Joey asks Alexia, “Do you still have feelings for me?”

At another moment, Alexia’s profession is questioned by fellow Agent employee Melissa Platt, who asks her, “Do you think real estate is the right business for you?”

According to the trailer, Alexia goes through some ups and downs on the show, even shedding tears in one particular instance.

“Now, knowing that grade, I’m gonna be so scared to do a bad job,” Alexia tells Sonika Vaid.

Elsewhere, even more professional drama erupts between the cast as Farrah tells Melissa, “She feels very betrayed,” about someone whose identity was not confirmed.

Then, seemingly referencing the same issue, Melissa declares, “She’s f-cking with my career, and that’s something I will not let slide whatsoever.”

Mauricio also reaches a boiling point as he learns that another team member has approached Joey and potentially attempted to poach him.

Amid the drama, Farrah is seen sitting down with now-fiance Alex Manos, and telling her then-boyfriend, “I want to be your wife.” And, while the couple has since gotten engaged, Alex doesn’t seem too on board with the idea at the time.

“I think we see where we end up,” he replies.

Also included in the cast of the show are Santiago Arana, Ben Belack, Jon Grauman, and Allie Lutz Rosenberger.