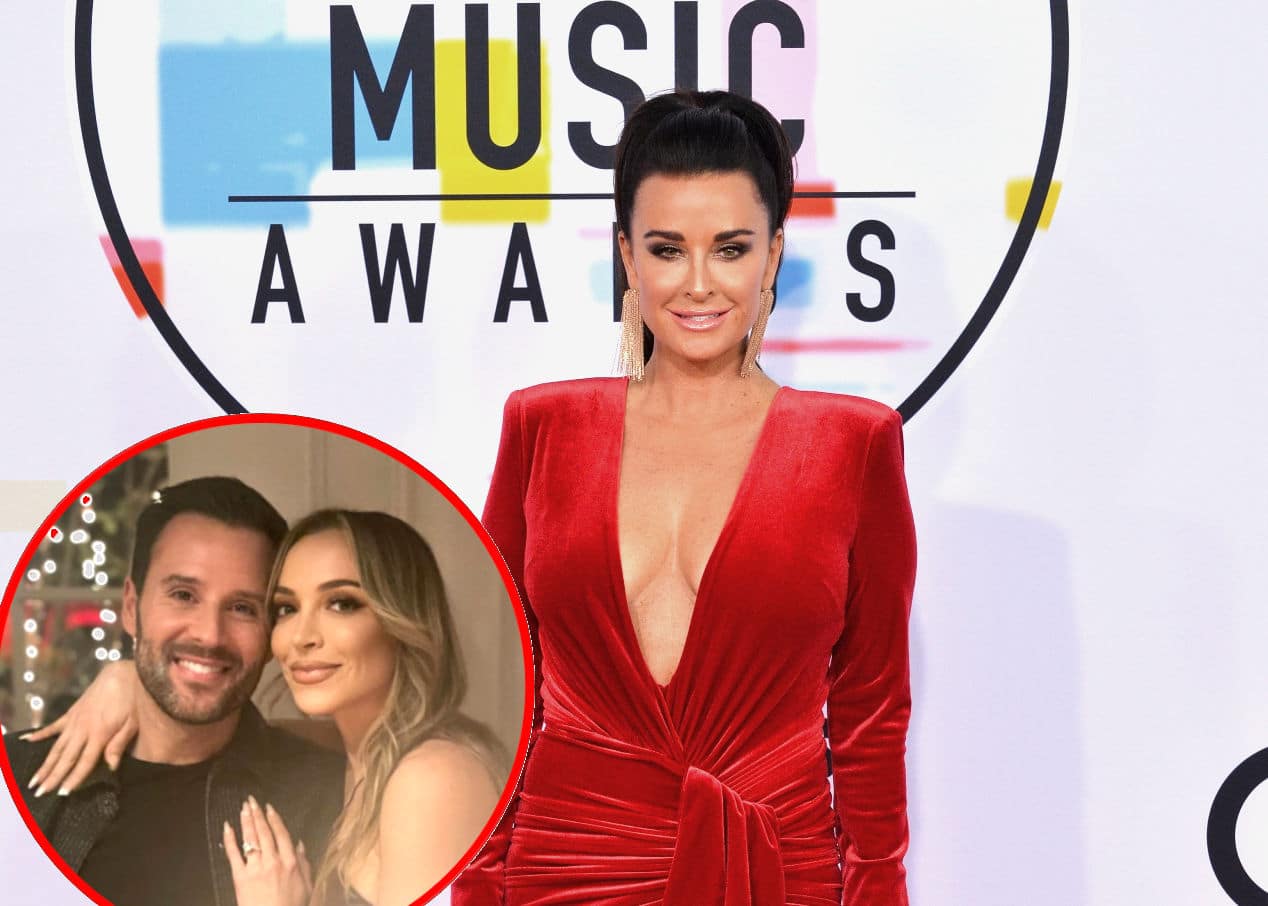 In an Instagram post shared on Sunday, Farrah, a realtor and the daughter of Real Housewives of Beverly Hills star Kyle Richards and her former husband, Guraish Aldjufrie, confirmed her exciting news as a number of Kyle’s co-stars reacted to the thrilling announcement.

“Beyond grateful for you I love you so much,” Farrah wrote in the caption of the November 28 photo.

Farrah and Alex’s engagement comes just months after Kyle admitted to Bravo’s The Daily Dish that she was waiting patiently for not only a proposal but grandbabies.

“I want Farrah to get married while I’m young and I can be a young grandmother,” Kyle said in June. “I’m waiting for it myself. It’s something I have to be as a mom, learn what’s my business and what is not my business. So I, just, am waiting for her to take that next step of her life.”

After her announcement, a number of RHOBH cast members, both present and past, weighed in.

“So excited for you both!!!” said Crystal Kung-Minkoff.

“My heart is bursting,” Farrah’s mom, Kyle, wrote. “Love you both.” 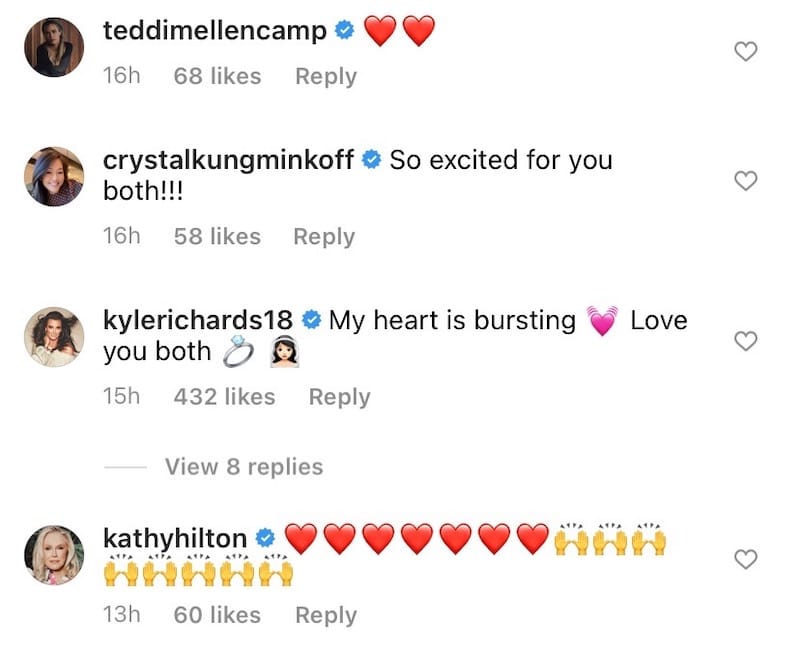 “My favorite people in the world I love you both sooooo much,” added Sophia Umansky.

Tessa Hilton, who is married to Kyle’s nephew, Barron Hilton, shared, “So excited for you both! Congratulations love birds!”

Then, in her own comment, Nicky Hilton added three pink hearts emoji. 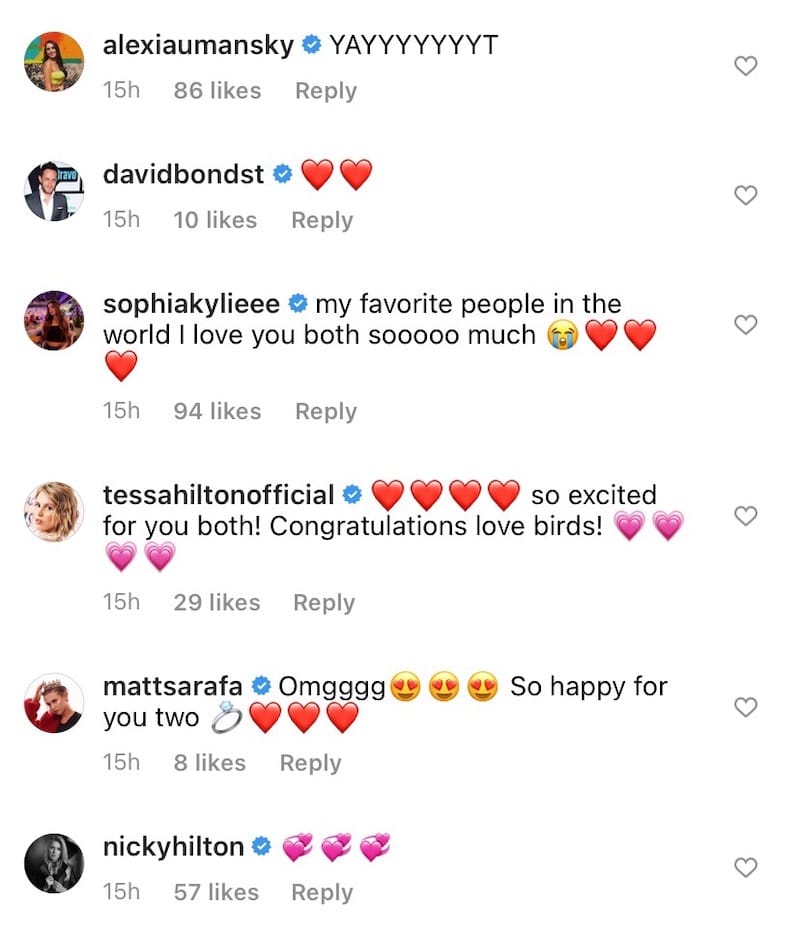 In addition to weighing in with a congratulatory comment, Kyle also shared photos of Farrah and Alex on her own Instagram page.

“My baby [Farrah Aldjufrie] is getting married! We love Alex so much and couldn’t be happier!! Congratulations Farrah & Alex,” she captioned her pics.

The Real Housewives of Beverly Hills is expected to return to Bravo in 2022 for season 12.