Home Real Housewives of Beverly Hills News RHOBH’s Kyle Richards Claps Back at Criticism of Being More Concerned for Erika Than Thomas’ Victims, Explains Cast’s Response and Reacts to Mauricio Being Labeled as Hottest Husband

RHOBH’s Kyle Richards Claps Back at Criticism of Being More Concerned for Erika Than Thomas’ Victims, Explains Cast’s Response and Reacts to Mauricio Being Labeled as Hottest Husband 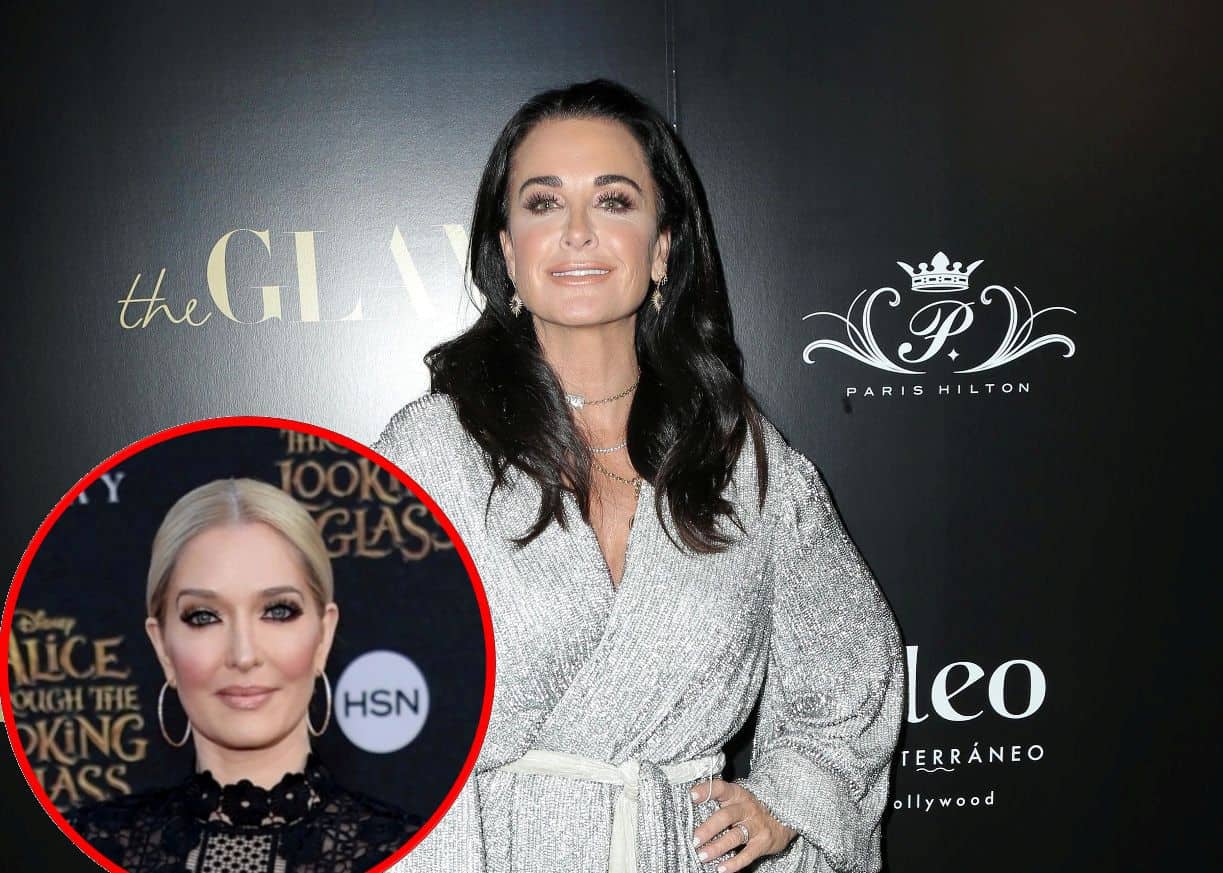 Kyle Richards is fighting back after being accused of failing to care about the many victims of Thomas Girardi.

As she and The Real Housewives of Beverly Hills cast attempt to support Erika Jayne in the midst of their legal scandal, Kyle reacted to claims of ignoring Thomas’ victims before reacting to husband Mauricio Umansky being named as the “hottest” husband of the franchise.

“Why are these ladies more worried about Erika ‘not receiving a penny’ and not mentioning the VICTIMS WHOSE PENNIES WERE STOLEN AND SPENT BY GIRARDI SCUM?! These women are trash,” the Reality Ashhole wrote on Twitter, giving a nod to the millions of dollars Thomas is accused of embezzling from former clients.

In response to the post, a follower of the page pointed out that she didn’t believe Kyle and the other ladies knew about the $2 million owed to widows and orphans of plane crash victims, or about the $11 million owed to a burn victim, at the time that the latest episode of RHOBH was filmed. 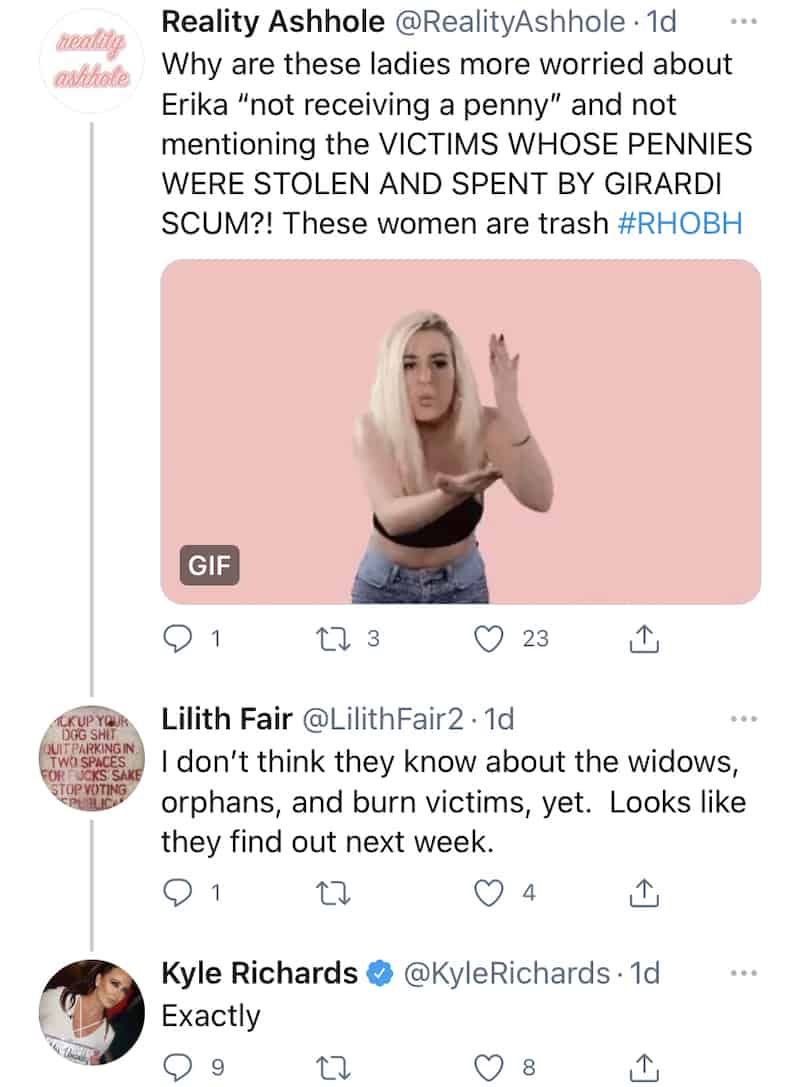 Then, in a second tweet, the same page slammed the cast for painting Erika as the victim.

“And yes the ladies knew then and guess what??? They know NOW and are still treating the women refusing to give payback STOLEN MONEY, as if she is the victim,” they wrote.

“This was [seven] months ago. We didn’t know anything,” Kyle insisted. 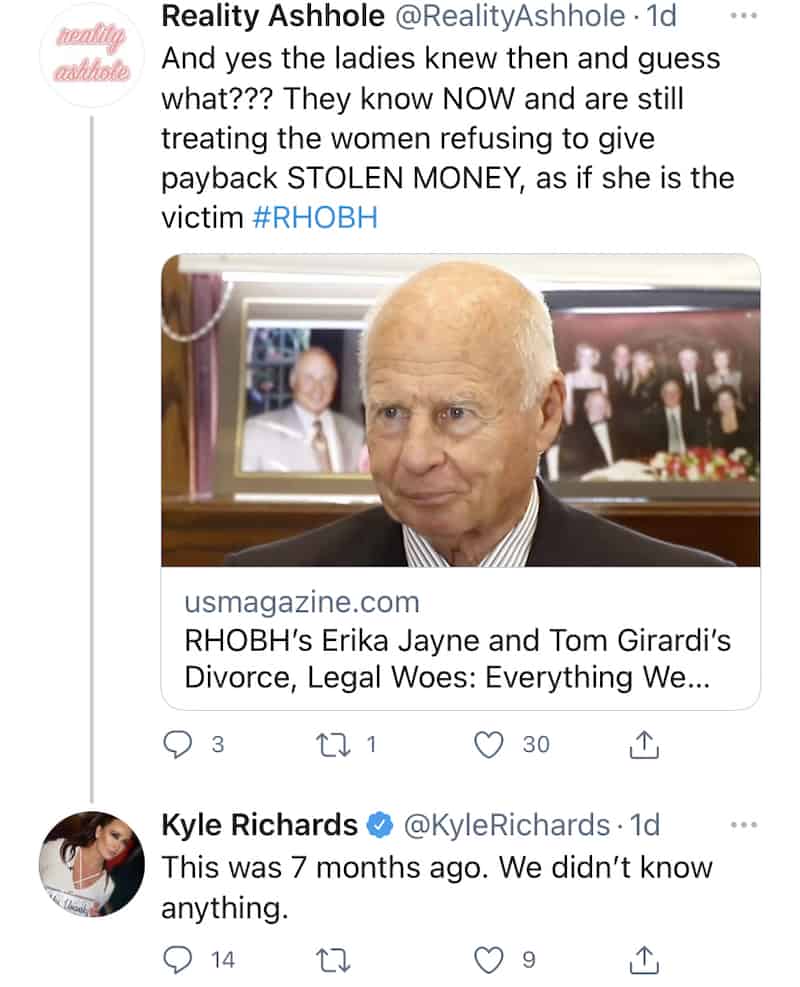 Also on Twitter, Kyle responded to a man who named her husband as the “hottest Househusband of all time.”

After the Real Housewives Polls on Twitter asked their audience to share their nominations, a man named Allen wrote, “[Kyle Richards‘] hubby Mauricio!” And, shortly thereafter, Kyle reacted to his message. 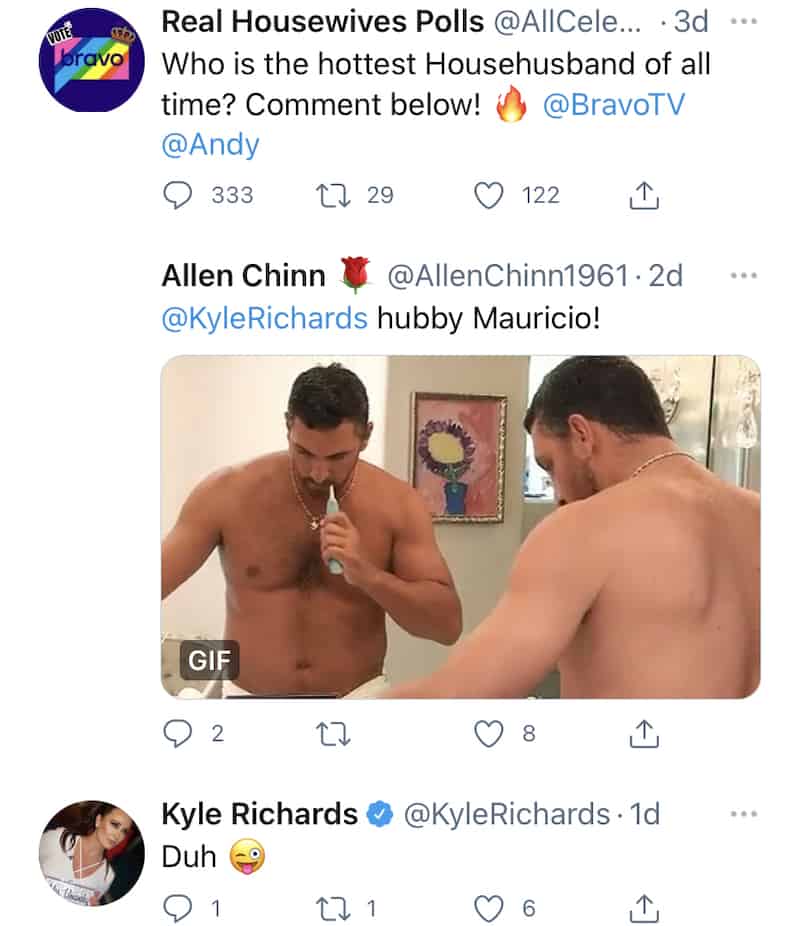 In a Top 10 post shared by Reality Blurb in 2018, Mauricio was also named as the hottest husband of the Real Housewives franchise. And, in an accompanying poll, 52 percent of our readers agreed that he was the best-looking man on the shows.