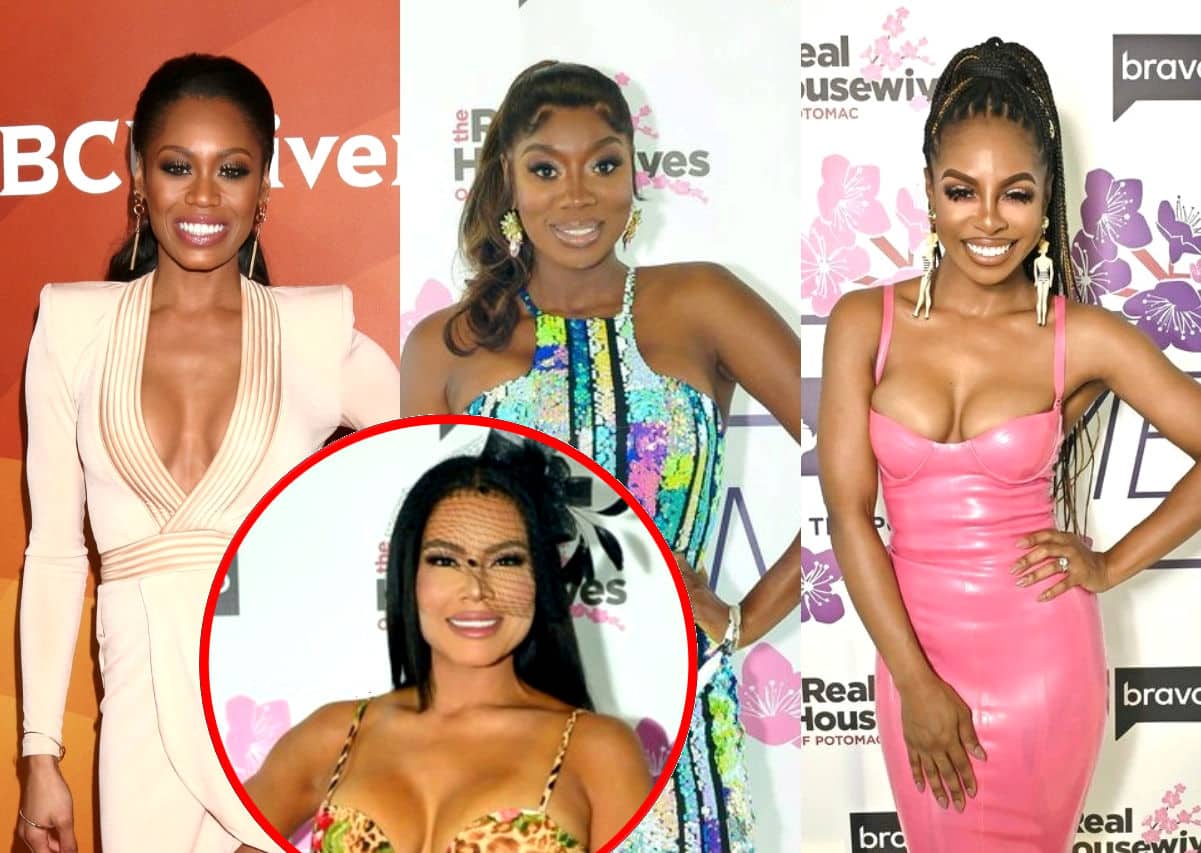 On a dramatic episode of Real Housewives of Potomac, Mia Thornton threw her drink at castmate Wendy Osefo, who seemingly made insinuations about Mia’s marriage. The altercation occurred after Mia called out Wendy over her business dealings with Peter Thomas.

After the incident, Gizelle Bryant and Robyn Dixon suggested Wendy was the antagonizer. In response, Wendy pointed to Gizelle and Robyn’s hypocrisy. They’d previously condemned Monique Samuels for her physical altercation with Candiace Dillard Bassett.

Speaking with The Neighborhood Talk, Monique shared her thoughts on the recent drama.

“I don’t know the entire story but I applaud Wendy for not getting physical as I did after I was hit in the face with a glass,” said the alum, doubling down on her assertion that Candiace started the past fight. “[Wendy] had every reason to defend herself after being splashed in the face and then apparently hit with a purse and she chose to use her words instead.”

Monique continued, “One thing Wendy said to me back then at Karen’s home was she would never get physical, she would use her words. Clearly, she lived up to that statement in this moment. I told her at the season 5 reunion she and her family would be next. The hate with some of those women is not for the camera. They’re real-life miserable.”

“One thing Wendy should understand is that it’s not about her actions or lack there of. She could have sat there quietly and they still would have found reason to ice her out. The same ladies who told me words or even antagonizing someone is not grounds for getting physical are defending a person who got physical over Peter Thomas? LOL!!! Just Wow,” she added.

“This b**ch is still…NO ONE HIT YOU WITH A GLASS,” wrote Candiace, shared by @therealityrundown on Instagram. “LET THE LIE GO.”