RHOP’s Candiace Dillard-Bassett Reacts to Mia’s Attack on Wendy, Shades Costars as ‘Tacky,’ Plus Eddie and Chris Weigh in 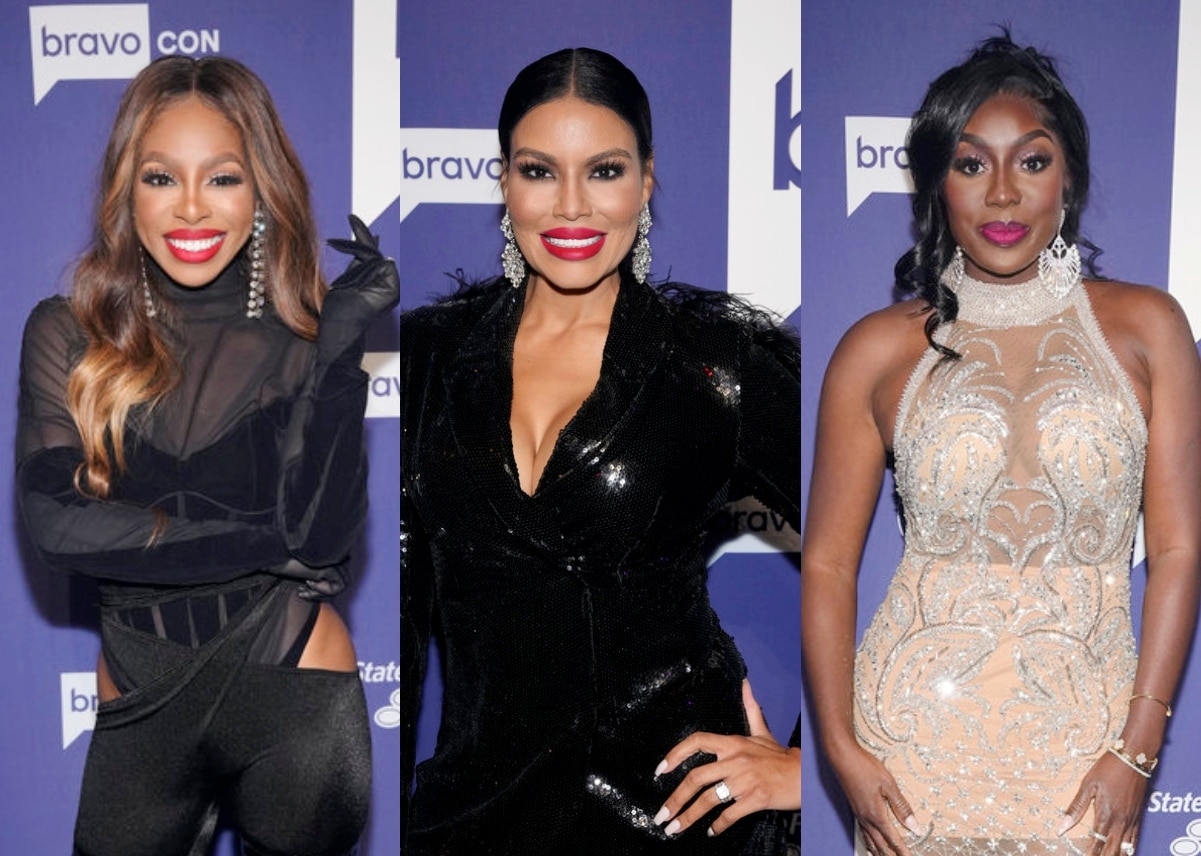 Candiace Dillard-Bassett wasn’t happy with the latest episode of the Real Housewives of Potomac, and she took to her Twitter page to air her grievances.

After Wendy Osefo‘s finances and her potential business beef with Peter Thomas were spotlighted by Mia Thornton before Mia threw a glass of water in Wendy’s face, Candiace shaded her castmates as “tacky” and “tired.” Plus, Wendy’s husband Eddie Osefo and Candiace’s husband Chris Bassett also weighed in.

“Tacky… and… tired,” read a retweeted message shared by Candiace on November 20. 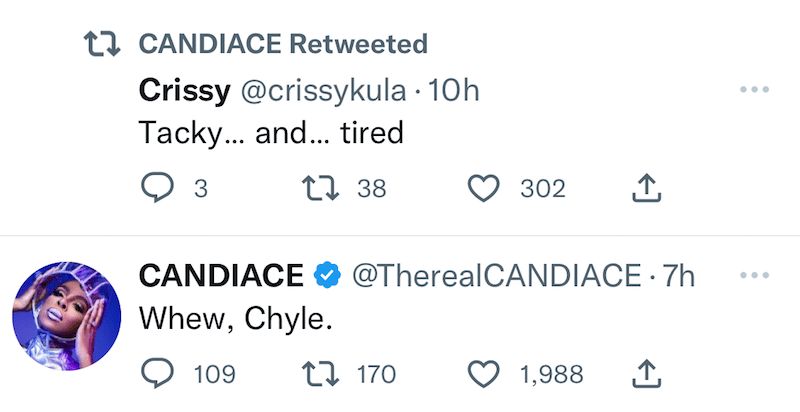 Candiace also reacted to an RHOP viewer who said she believed things would’ve gone down differently at Peter’s restaurant, where Wendy was attacked with the glass of water, if Candiace had been on their cast trip to Miami.

“I’m so mad [Candiace Dillard-Bassett] was not able to be there for [Wendy Osefo] cause if she was it would of not went down like that!” the viewer stated.

And in response, Candiace seemingly agreed with an exclamation point. 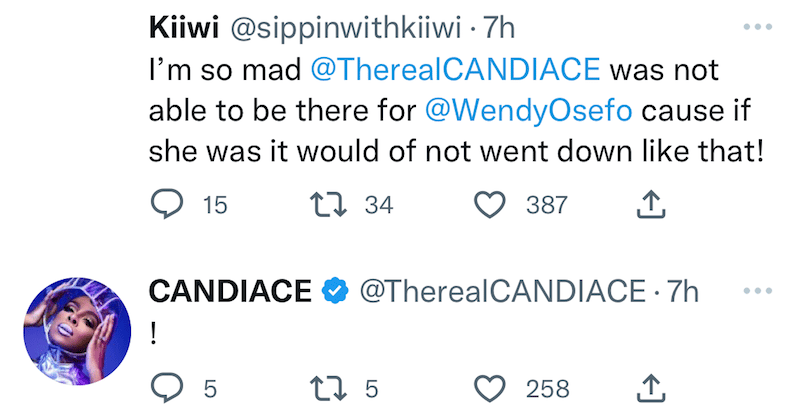 In his own tweet, Eddie slammed the RHOP ladies for their “antagonizing” behavior against his wife.

“The literal definition. I think throwing a drink would be classified as ‘antagonizing’ behavior,” he wrote.

“Be careful Eddie….they don’t like when we talk and defend our women!!! but you not wrong,” he replied. 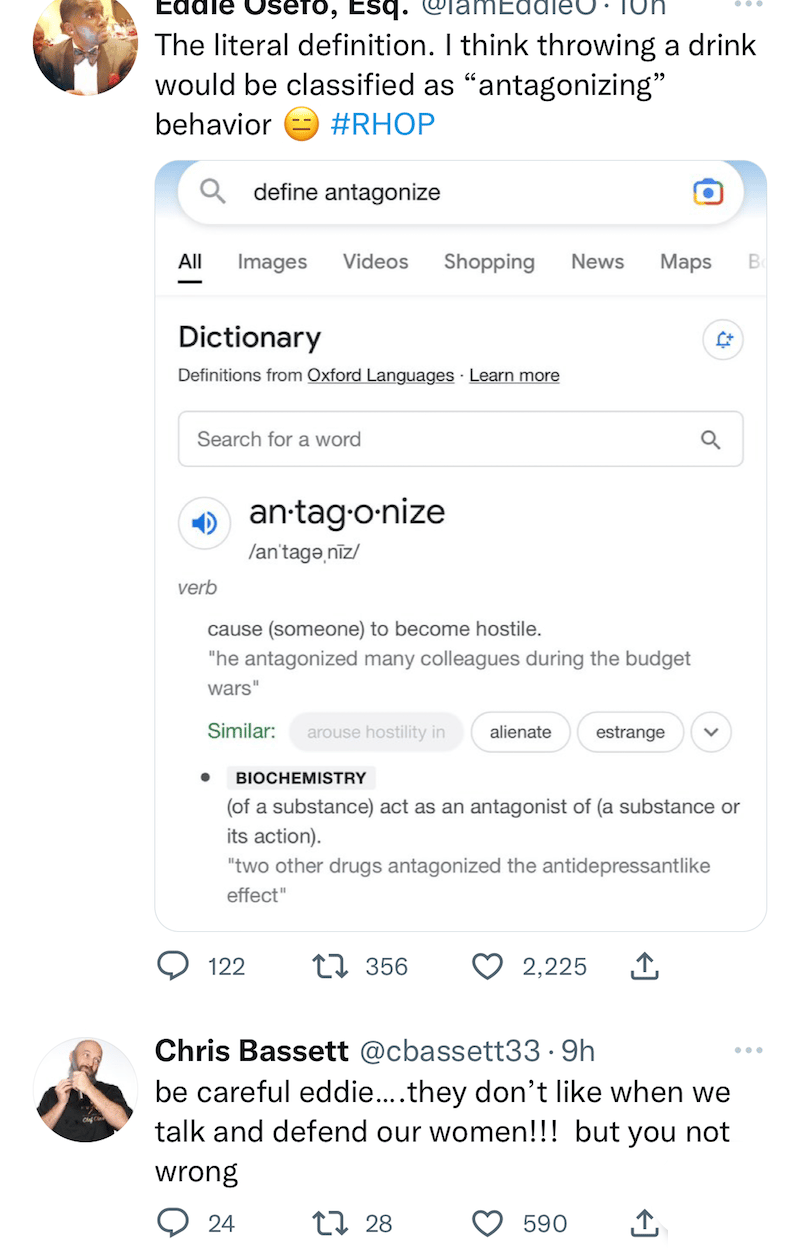 Wendy was also active on Twitter on Sunday night, sharing a reaction to a fan who poked fun at the cast’s questions about her financial stability.

“Wendy, who has multiple sources of income and a husband who is a lawyer, doesn’t have money?” they asked. 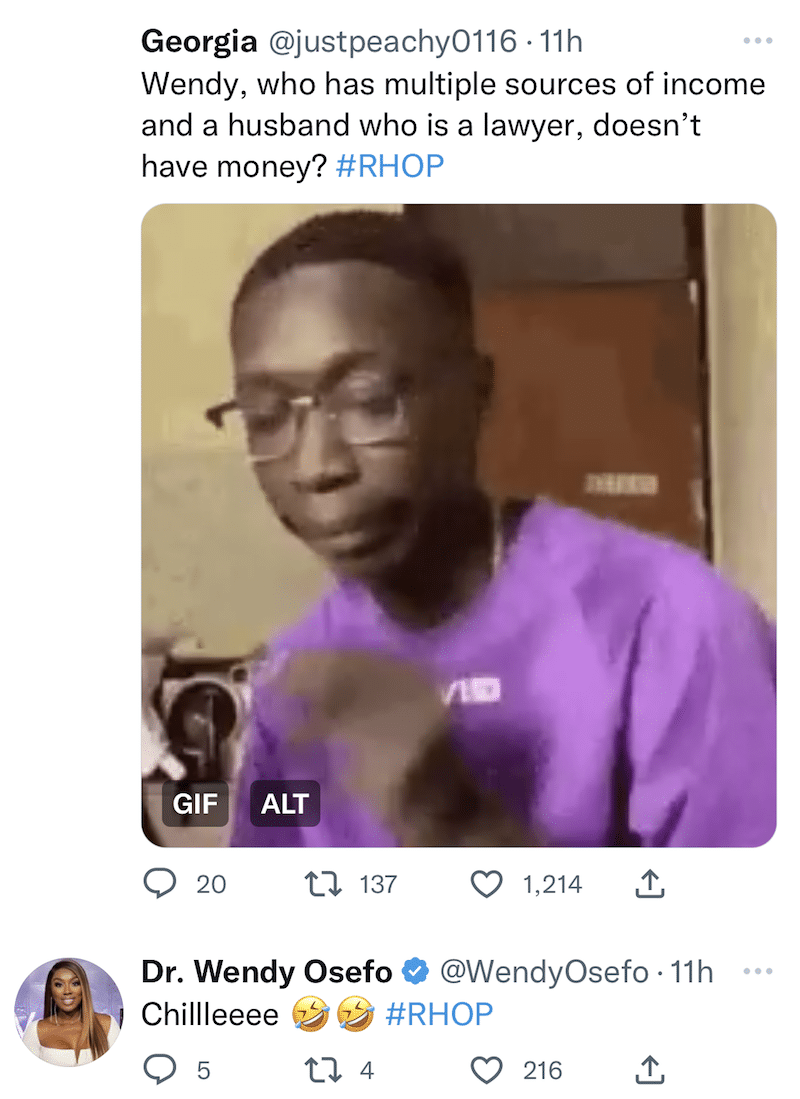 Also on Twitter, Eddie shaded the ladies of the Bravo reality series for what he described as “f-ckery” against Wendy and accused them of continuously messing with her.

“Tune in tonight for an all new episode at 8pm. The f-ckery is real. Why are they always messing with my baby?” he wondered.