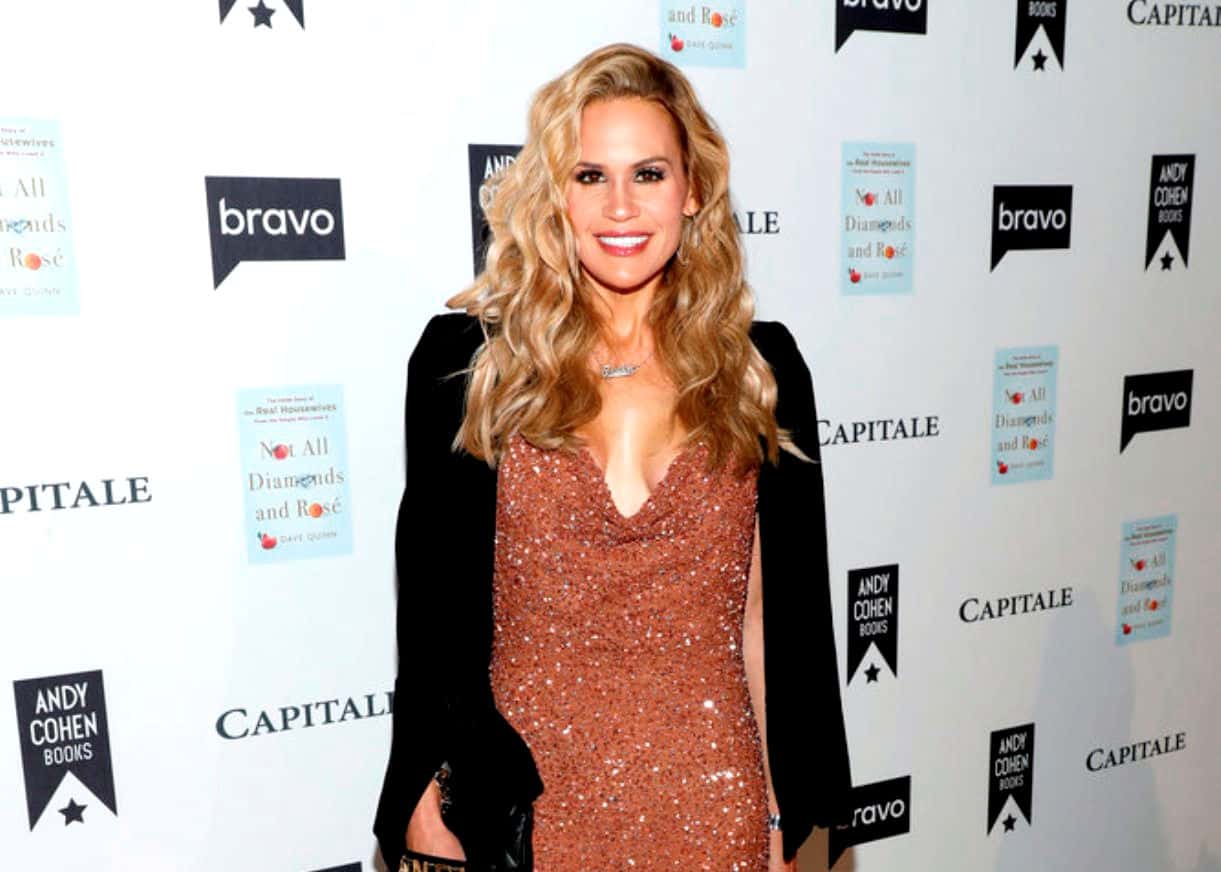 The Real Housewives of New Jersey’s Jackie Goldschneider is not here for lame gossip, and she’s setting the record straight after an Instagrammer looking for clout tried to put words in her mouth.

Instagram account @queensofbravo recently posted a photo an unnamed woman took after claiming that she met Jackie’s father in the Bahamas. The woman said that she was able to talk to Jackie on the phone and that Jackie allegedly told her that co-star and frenemy Teresa Giudice’s “days were numbered.”

The woman also said that Jackie’s father was “so sweet and so kind.”

The post did not go unnoticed by Jackie. When she saw it, she was quick to clap back and reveal her side of the story and what really was said on the phone call.

“This is false,” Jackie clarified. “They got on the phone with me for 30 seconds to say ‘Hi.’ They were ranting about how much they hated Teresa and I kept my mouth shut like I always do. This is a girl looking to get her name in the press, and it worked.” 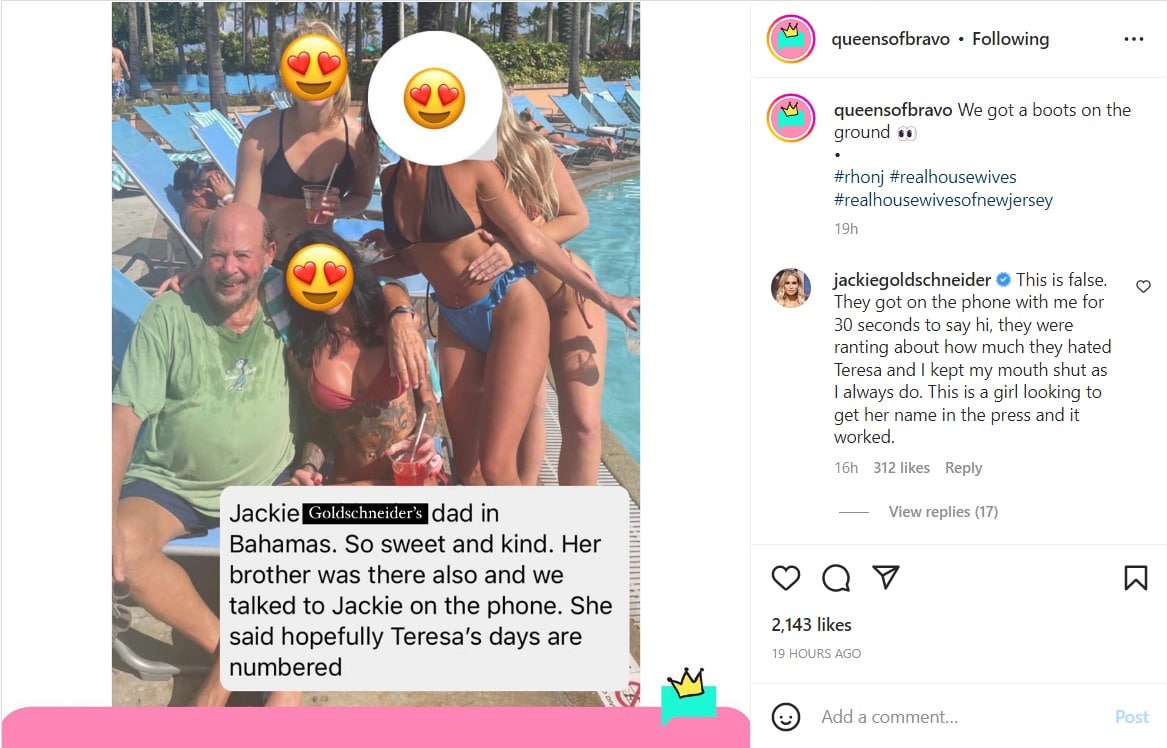 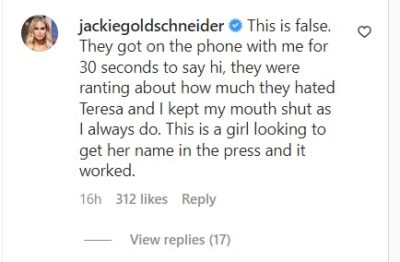 Jackie and Teresa have not been on the best of terms for a while now after the duo went into a full-blown feud after Teresa, in her words, “repeated” (not spread) a rumor that Jackie’s husband, Evan Goldschneider, was cheating on her. Jackie responded by making an analogy. She said spreading a hurtful rumor about Teresa’s daughter Gia Giudice “snorting coke in the bathroom” was the same thing Teresa was doing by giving life to the Evan cheating rumor. An explosive argument occurred, and it ended with Teresa calling Jackie the” C-word.”

It wouldn’t be out of the ballpark for Jackie to not want Teresa on the show, but the OG says she’s not going anywhere until the show ends.

Jackie, for her part, was demoted to a “friend of” position ahead of season 13 of RHONJ after serving as a full-time Housewife for years prior, but it doesn’t seem to be fazing her.

“I’m really okay with anything because it’s out of my hands. That being said, I don’t know what they’re going to ultimately decide. But whatever they do decide, I’m fine with it,” Jackie told E! News back in July.

Season 13 of The Real Housewives of New Jersey is set to premiere sometime in 2023.