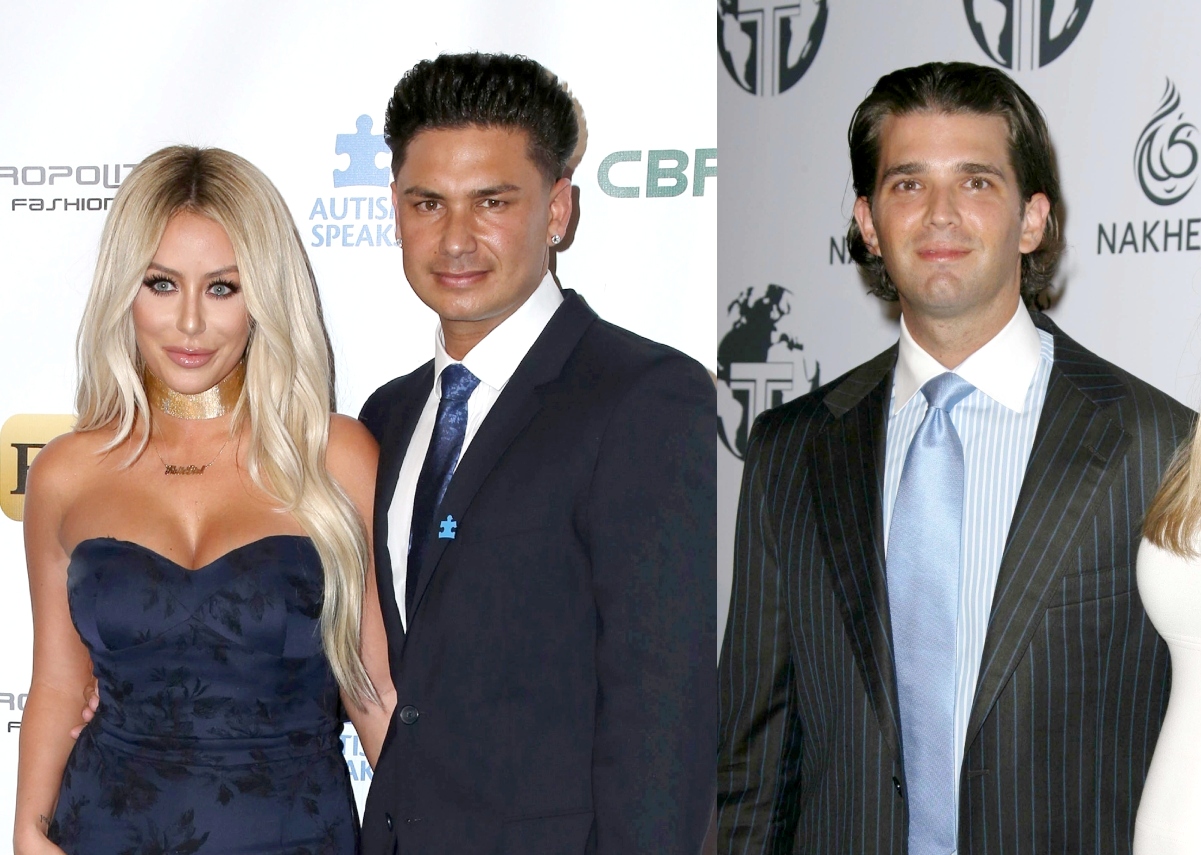 Former Danity Kane singer Aubrey O’Day is continuing to speak out about her long-rumored affair with Donald Trump’s son, Donald Trump Jr., and she’s not holding back.

The two met while Aubrey was competing on season five of the twice-impeached former president’s reality show, Celebrity Apprentice. While on the show, Aubrey placed an impressive third in the competition, and she began engaging in an extremely intimate extramarital affair with Don Jr. It was so intimate, in fact, that Aubrey still considers Don Jr. her “soulmate.”

Aubrey initially refrained from going into detail about the love affair out of respect for Don Jr. as she didn’t want to “hurt him” or “minimize what they had.”

Aubrey, who has always been known to bluntly speak her mind and be transparent, said that the man she knew Don Jr. to be ceased to exist after he chose “a life that was inauthentic” and decided to “sell out” and join forces with his father after Trump decided to run for president of the United States.

“I saw him choose a life that was inauthentic — for status, power, whatever it is,” Aubrey revealed. “I’m so disappointed in what he became.”

The “Damaged” singer has always been a vocal ally to the LGBTQ+ community as well as other minorities, and she believes Don Jr. also believed in those same values and was only Republican “fiscally.”

“I’ve literally been that since I was young, and I’ve always been heavily empathetic. I have a bleeding heart, and I stand up for people that don’t have a voice. And when I have it, I will use as much of it as I can to push agendas for people that deserve to be seen. And he loved all of those things about me. And the man you’re seeing now probably wouldn’t,” Aubrey surmised.

The affair allegedly came to a screeching halt after the Trump family found out about Aubrey and Don’s tryst and pressured Don Jr. to end the relationship.

At the time, Don Jr. was married to Vanessa Trump, with whom he shares five children. A source previously told the outlet that Aubrey and Don Jr.’s affair was the catalyst that led to the “downfall” of his marriage with Vanessa, who filed for divorce in 2018.

Aubrey credits the demise of her relationship with Don Jr. for allowing her to move on with Jersey Shore star Paul ” DJ Pauly D” Delvecchio as she was vulnerable and emotionally unavailable.

“I think to find what him and I had is probably going to be very, very difficult. And I’m not banking on it,” the Making the Band alum shared. “I completely gave up on [love] after that, which is how I was able to be with Pauly.”

“If I’m being very honest, I’ve had moments where I wonder if someone will love me the way he loved me ever again,” Aubrey lamented.

Aubrey went on to say that with the help of her therapist she learned that she needed to “mourn” the end of her relationship with Don Jr. as a “death.” However, she still wonders what her life would have been like if she and Don Jr. had stayed together.

“I’ve asked myself, like, would I have been a Karen [if I stayed with him]? Would I have a red hat on?” Aubrey wondered. “I know how fake all of it is — so, potentially. And if I could be loved like that again? I don’t know.”