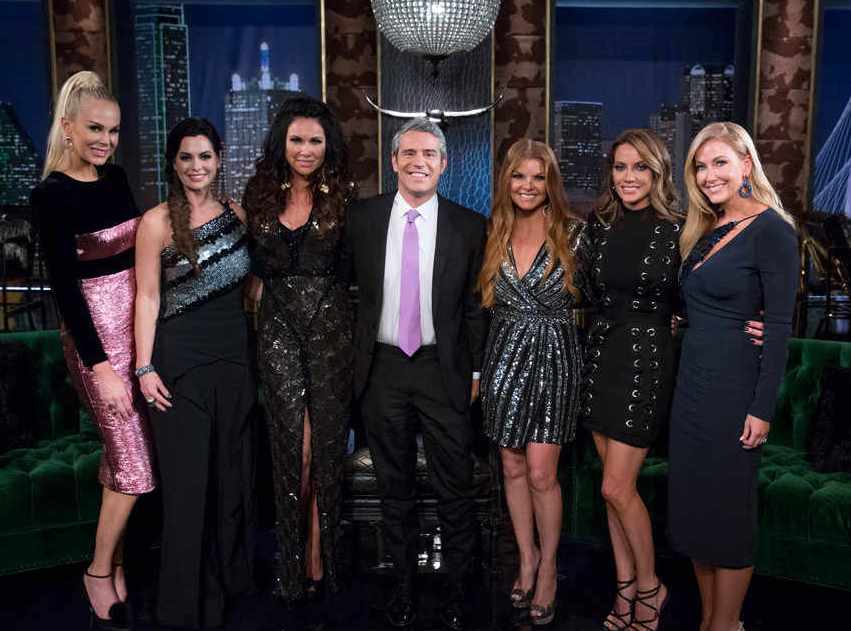 Are you ready for the Real Housewives of Dallas season 2 reunion?!

Bravo has just released the uber dramatic trailer featuring the women of Dallas hashing out their many issues from this season.

Lines are drawn during this reunion as it’s pretty much LeeAnne Locken, D’Andra Simmons and Kameron Westcott sitting on one side vs Brandi Redmond,  Cary Deuber, and Stephanie Hollman who sit on the opposite side.

As for what we can expect from the two-part reunion, LeeAnne finds herself in the hot seat yet again over her behavior this season, with some of the ladies wanting her to take accountability for her actions.  Even her BFF D’Andra lets her know it’s not okay to use the PTSD from her childhood to excuse her behavior as an adult. “A lot of us have PTSD but we don’t carry it around and bring it out whenever it’s convenient,” says D’Andra.

Kameron and Brandi also get into it after Brandi refers to Kam as “big bird.” Kameron’s retort? “If I’m Big Bird? You’re Oscar the Grouch that lives in a trash can.” Ouch!

Brandi can be seen in tears as she once again apologizes to Cary for insinuating she had an affair with current husband Mark Deuber while working as a nanny for him and his ex-wife. In a shocker, even Stephanie lets Brandi know she was disappointed in her behavior regarding NannyGate. “I love you Brandi but I have never been more disappointed in you in my entire life,” says Stephanie.

Cary is shown confronting LeeAnne for spreading rumors about Mark. “You know what, I wish it would have been told to me that my husband was going to be trashed this year,” unleashes an irate Cary.

LeeAnne is also seen walking off the stage at some point though it’s unknown what caused her to do that.

You can watch the RHOD season 2 reunion trailer below –

TELL US – WHAT ARE YOUR THOUGHTS ON THE RHOD REUNION PREVIEW?