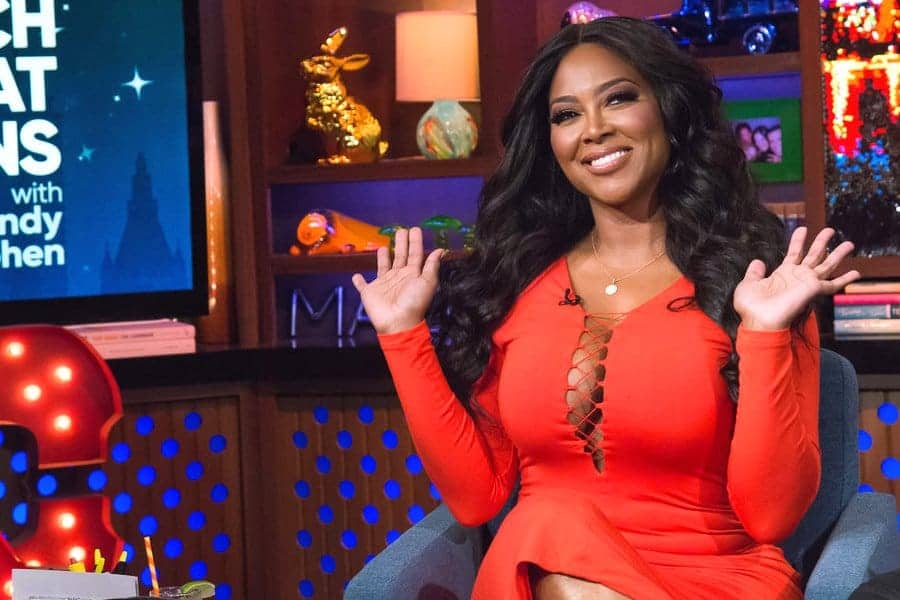 Real housewives casting rumors usually don’t start trickling out until the season ends and the reunion is filmed, but for some reason this season, reports that Kenya Moore has been fired by Bravo won’t let up.

Despite the fact that Bravo just started airing the new season of the Real Housewives of Atlanta, multiple reports have claimed Kenya has been fired or will be fired by Bravo to due her new husband Marc Daly’s refusal to film.

And then castmate Kim Zolciak didn’t help matters when she recently tweeted that Kenya had lost her peach! So is she really fired? Well Kenya is finally addressing those firing rumors!

When a fan asked her on Instagram if the rumors that she had been fired by Bravo are true, Kenya responded, “No, not true. Completely false.” 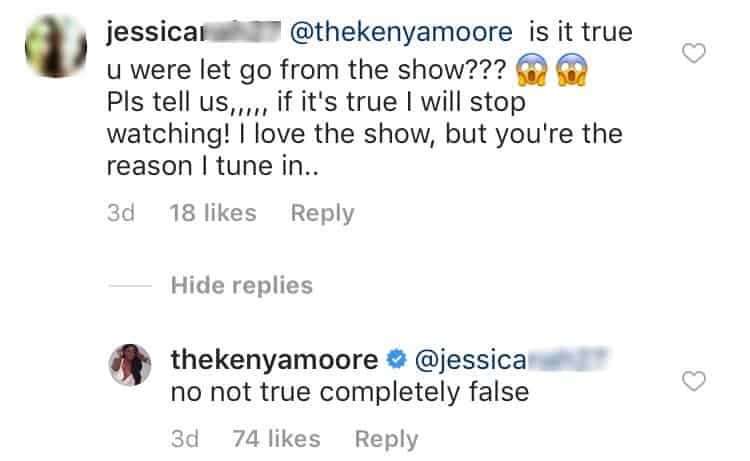 KENYA & KIM ZOLCIAK GET IN TWITTER WAR AFTER BIG POPPA IS MENTIONED!

Another follower then brought up Kim’s recent tweet that stated: “Poof! #LostYourPeach”.  ‘Lost your peach’ means someone lost their RHOA gig, and many rightfully assumed Kim was throwing shade at Kenya.

Kenya, 46, however responded to Kim’s comments just hours ago on Instagram after she was asked if Kim was lying. Kenya replied, “Not true. Don’t believe what you read. If that’s the case everyone would be gone if you listen to all the rumors.” 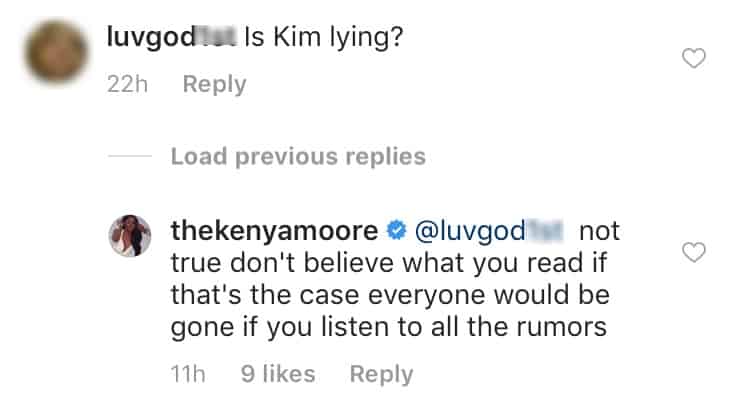 Kenya’s version makes sense as it’s simply too early on in the season for Bravo to make a decision like that. Plus despite not filming with her husband, Kenya hasn’t exactly been lacking in the drama department this season.

TELL US – DO YOU BELIEVE KENYA WAS FIRED? THOUGHTS ON THE LATEST RHOA EPISODE?

In this article:Kenya Moore, RHOA, Real Housewives of Atlanta