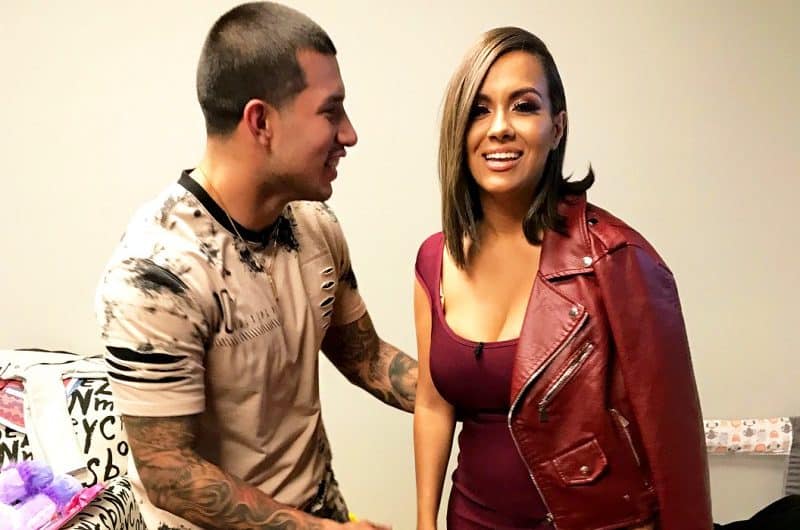 Briana DeJesus appeared on TRL this week to promote her sister Brittany’s upcoming Teen Mom 2 special on MTV, Being Brittany, and during the episode, she opened up about her relationship with Javi Marroquin and what led to their recent split. She also reveals if a possible reconciliation is in the works.

During her appearance, DeJesus said that she and Marroquin are simply not on the same page with certain issues and suggested his controlling behavior was the reason behind their breakup.

“A lot was going on. We weren’t on the same page in certain stuff. But you guys will just have to wait and watch,” DeJesus said of her split, via a report by Blasting News.

“Controlling situations tried to take place and I wasn’t having it. And that’s just what it was,” she continued.

DeJesus and Marroquin, who was once married to their co-star Kailyn Lowry, struck up a romance in September of last year after flirting with one another for several weeks on social media. Then, ahead of DeJesus’ scheduled plastic surgeries, they called it quits.

Although DeJesus and Marroquin chose to end their romance before the surgeries, they ultimately reconciled before she went under the knife and Marroquin flew to Miami to be with DeJesus during her surgery. Unfortunately, things between them went south quickly after DeJesus’ former boyfriend Devoin Austin arrived to the same hospital.

Following their breakup, Marroquin attempted to make contact with DeJesus but she seems to be completely unwilling to consider a reconciliation.

“Here and there [he’s tried to contact me] but it’s just not going to work out,” DeJesus explained.

As far as Bri and Javi being friends now that they’ve split for good, Bri says, “I don’t think so.”

Weeks ago, while discussing her split from Marroquin, DeJesus slammed Marroquin for harassing her and leaked text messages sent between them.

“Javi needs to stop being bitter about the break up and about Devoin and about Dre,” DeJesus said earlier this month. “He texted me about why I got a teddy bear and why I got my nails done and why Devoin is living with me now. He needs to stop harassing me and go worry about the relationship between Kail and him. I don’t want nothing to do with Javi. I am completely over it and ready to move the f**k on. If he continues to harass me I will leak all texts and info.”

While DeJesus is currently living with Austin, the father of her oldest daughter Nova, she continues to shut down rumors of a romance between them.

Below is a photo of Briana during her TRL appearance –

TELL US – DO YOU WANT TO SEE JAVI & BRIANA GET BACK TOGETHER?

Kim Richards’ Book is Being Released Again After Being Canceled, Get Details About RHOBH Alum’s “Blazingly Honest” Memoir Which Comes...