Home Real Housewives of Orange County News Is Truce Between RHOC’s Tamra Judge and Vicki Gunvalson Already Over? Tamra “Flipped Out” Over Post By Vicki

Is Truce Between RHOC’s Tamra Judge and Vicki Gunvalson Already Over? Tamra “Flipped Out” Over Post By Vicki 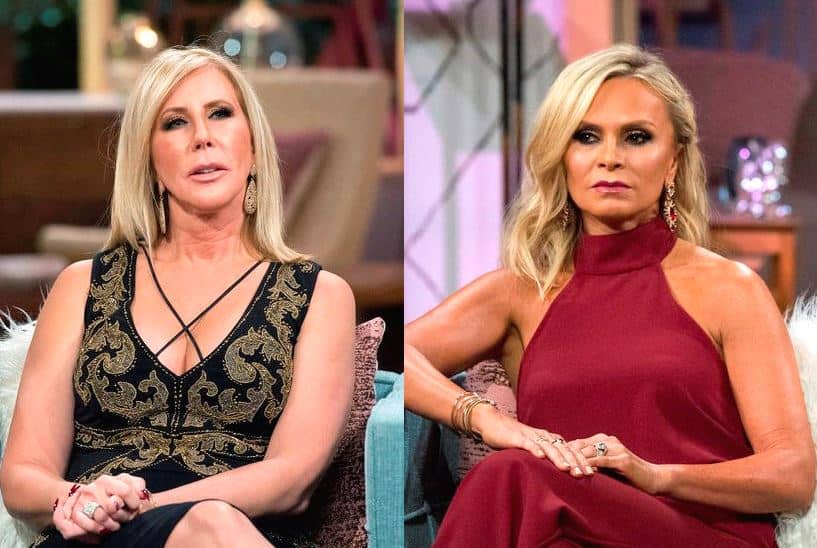 Vicki Gunvalson and Tamra Judge made amends with one another at the end of The Real Housewives of Orange County season 12 but it now appears things between them have once again taken a turn for the worse.

According to a new report, there is trouble in paradise between Tamra and Vicki after Tamra reportedly “flipped out” over a post Vicki shared on Instagram.

It all started when Vicki, 55, posted a photo of herself and a man named David posing for the NOH8 Campaign. Tamra, 50, wasn’t happy with that post and made her feelings known.

“Love the message but too bad he’s such a hateful person who attacks innocent people” Tamra wrote in the comments which was quickly deleted by Vicki.

After Tamra’s comment was shared, an insider spoke out, explaining why she was so upset by the seemingly innocent photo of Vicki and her friend.

“Tamra flipped the f**k out when she saw Vicki’s photo with David because David is close friends with her former BFF Ricky Santana who told everyone that he walked in on her husband Eddie Judge having gay sex with a man. And he did it at Vicki’s birthday party!” a Radar Online insider explained.

RHOC’S VICKI GUNVALSON IS CAUGHT IN A LIE!

“Tamra got so mad at Vicki when she saw that she posted a photo with David because she thought that Vicki was trying to come for her again!” the source added.

It is also notable that Tamra has yet to like or comment on any of Vicki’s new posts on her Instagram page since this drama took place.

The Real Housewives of Orange County season 13 will air sometime later this year on Bravo TV.

TELL US – ARE YOUR SURPRISED BY THIS LATEST RIFT BETWEEN THE LADIES?