Brandi Glanville Slams Camille Grammer In Twitter Feud! Plus Andy Cohen Reveals What Brandi Can Do To Return To RHOBH 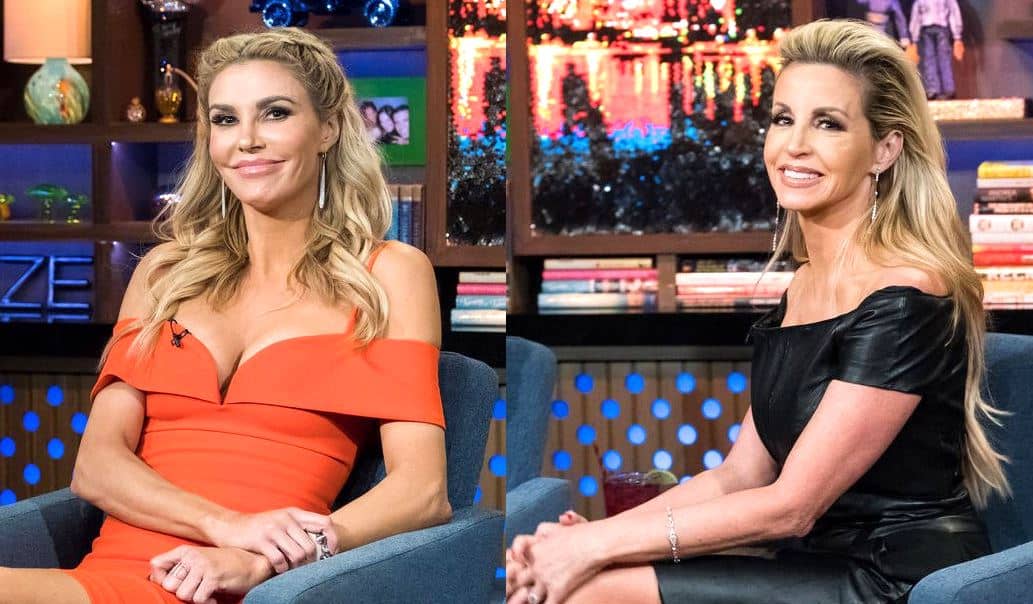 Brandi Glanville may not be appearing on the new episodes of The Real Housewives of Beverly Hills but she seems to be keeping close tabs on her former co-stars.

Earlier this week, after Camille Grammer said that a number of women of the show were “spared” by production after saying shocking things during filming, Glanville slammed the mother of two, claiming that her first season on the show wasn’t easy.

“Just reading this [bullsh*t]. [Camille], let’s be clear I had a very f**ked up 1st season on RHOBH. I just didn’t use big words that I didn’t know the meaning of and kiss men that weren’t my husband,” she tweeted.

“Brandi the audience loved you after your first season. I didn’t have the same experience. We both went through a similar experience with our ex’s why attack me?” Grammer replied.

While Glanville didn’t share any further comment about the situation, Grammer posted a couple more tweets about her former co-star after a Twitter user claimed she and Kyle Richards were afraid of Glanville’s possible return to their show.

From what I have heard nobody wants to work with her. I’m not sure if that is the truth.

On RHOBH that is. Maybe that has changed over the last year or so. Idk

Earlier this month, while promoting her recent stint on Celebrity Big Brother, Glanville was asked if she would ever consider returning to the network where she initially found fame.

“Yes, of course!” Glanville told Entertainment Tonight. “That’s my home. I feel at home with all those crazy women.”

While a return to The Real Housewives of Beverly Hills is possible for Glanville, show creator Andy Cohen has revealed she will need to become more integrated with the current cast if she wants to be welcomed back to the show.

“The problem is, she’s not connected with any of the women,” Cohen explained to Entertainment Tonight. “If somehow Brandi and [Lisa Vanderpump], or Brandi and Kyle [Richards], or if she wound up legitimately becoming good friends with a few of those women, then I think that would be great. Then we would bring her back. Right now … she’s still on an island.”

Cohen continued, explaining that he decided to bring Danielle Staub back to The Real Housewives of New Jersey several seasons after her exit because she had made amends with her former on-screen nemesis, Teresa Giudice.

“I mean, if that’s what Brandi wants to do,” Cohen added. “I’m not assigning her that assignment.”

TELL US – WHOSE SIDE ARE YOU ON IN THIS FEUD? DO YOU WANT TO SEE BRANDI RETURN TO THE RHOBH?