The Real Housewives of Potomac Premiere Recap: The Fall of a Grande Dame 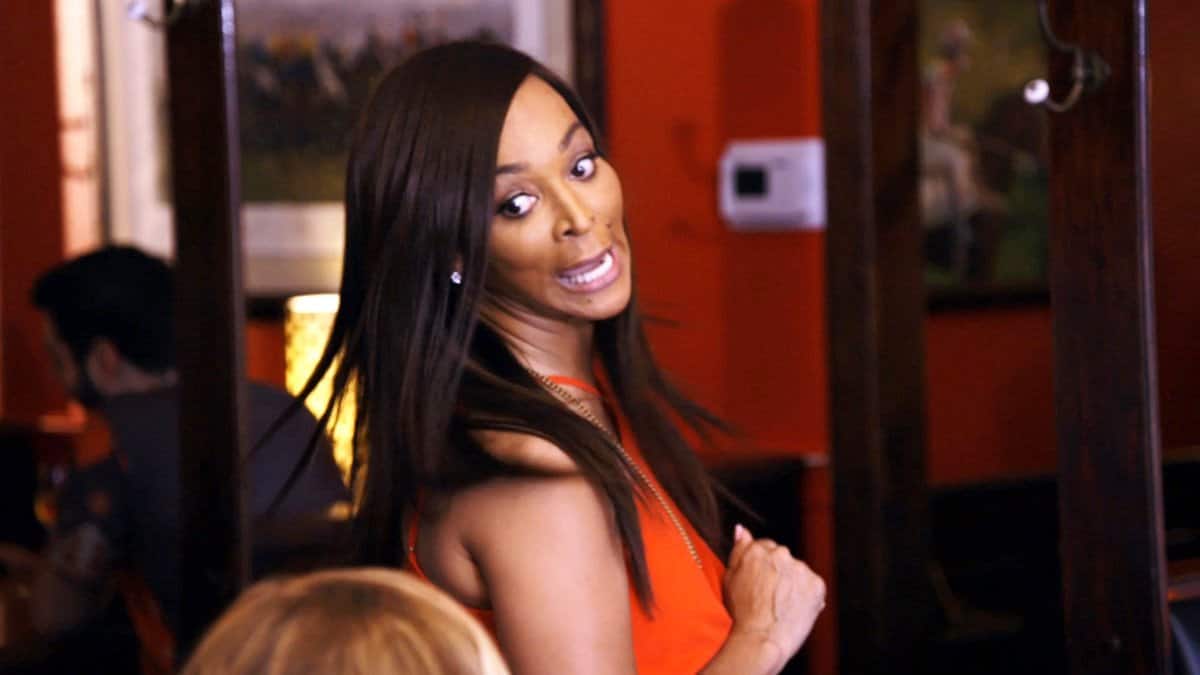 Season 3 of the Real Housewives of Potomac kicked off last night with the ladies doing what they do best: throwing shade and getting all up in each other’s business.

When we left off with the ladies, they were all still wondering about the real reason behind Karen’s decision to move away from Potomac, and last night, they finally got their answer.

As it turned out, they were right all along. The self proclaimed Grande Dame of Potomac and her husband, Ray, didn’t actually “downgrade” to the less desirable Great Falls by choice, as they initially claimed. They were forced to leave for financial reasons.

The others seemed positively thrilled to finally know the truth, and it certainly didn’t hurt that Karen was publicly humiliated in the process.

Ray’s business owes millions of dollars in back taxes, and now the IRS, always sticklers for the bottom line, wants their money. Karen claimed to be in the dark about the excessive tax debt until two hours before the news broke.

Of course, the others don’t believe that either, but it actually  makes sense. Ray’s company is behind on their taxes, not the couple personally, and he claims that legally, he can’t even talk to Karen about the details because other people are involved.

It may sound a little shady. But Karen is “hanging in there”, and trusts that “The Black Bill Gates” will handle things just like he always does.

Only Robyn has spoken directly to Karen about Ray’s financial woes. Not because they’re ultra close, or anything, but because Robyn was the first to answer Karen’s phone call.

The others have relied on articles in the Washington Post, and Robyn’s second hand information to keep up to date on Karen’s situation, and there have been plenty of covert conversations among them implying that Karen is still hiding something.

Now, you would think these women have enough going on in their own lives that they wouldn’t have time to be gossiping about Karen, but they somehow manage to get it all done.

Gizelle has three daughters, a makeup line to run, and a new boo named Sherman Douglas, who seems to make her pretty happy, because she went so far as to introduce him to her kids..a first since her divorce.

Ashley is still at odds with her husband, Michael, and is just moving back into his home, after living separately for the last six months. But they’re  still fighting viciously and often, and remain at odds over the running of their restaurant and Ashley’s inability to set financial boundaries with her mother, whose recent bankruptcy has left her broke.

Monique is busy with two children under five, charity work, and acclimating her family to their fancy new digs in Potomac.

Robyn and her estranged husband, Juan are pretty much back together, living under the same roof once more, and even sharing a bed. His new coaching position has left them in a better place financially, and now that some of the pressure is off, they seem pretty happy.

But perhaps being back on her game is making Robyn a little cocky? She was supportive when she first  heard about Karen’s money issues, and Karen really appreciated her lack of judgement, and advice about not being too hard on Ray.

That’s sound advice, but Robyn just couldn’t help herself.  When Karen invited her to lunch to thank her for all of her support and advice, Robyn wasted no time confronting her, saying that all the women suspected she was hiding something, and all but demanded to know more.

She even went so far as to suggest that when Karen called her, she’d been doing “damage control”, and not simply reaching out to a friend.

As you can imagine, this did not sit well with Karen. She was incensed that Robyn was talking to the others about her, and reiterated that she’d known nothing about her husband’s business taxes, and said that she was personally “debt-free and loaded”.

After all, she said, “you have to make millions to owe millions”, and being mentioned in the Washington Post was a “badge of honor”. I think that depends on the article, but what do I know?

Karen also didn’t mince words when it came to throwing shade at Robyn’s life, saying that she and Juan weren’t even really together, and that he could never hope to pay back as much money as Ray owed, and how dare Robyn question her finances when she “lived in Hanover”. I’m not sure exactly what that last part is supposed to mean, but the implication seemed to be that Karen is still grander than Robyn, and she’d better not forget it!

Karen stormed out of the restaurant without finishing her meal, and  vowed never to trust these “backstabbing batches” again. Sheesh!

Well, it was quite a start to the season, and it looks like there’s plenty more drama to come. The ladies will be getting a new cast mate this season, and she seems sweet and bubbly at first, but something tells me that won’t last. And next week, Karen is going to confront the other ladies about the things they’ve been saying behind her back, and by the time she’s done…well, let’s just say they’ll think twice before crossing the Grande Dame again! Stay tuned!

TELL US – WHAT WERE YOUR THOUGHTS ON THE RHOP RECAP? DO YOU THINK KAREN IS BEING HONEST ABOUT HER FINANCES?